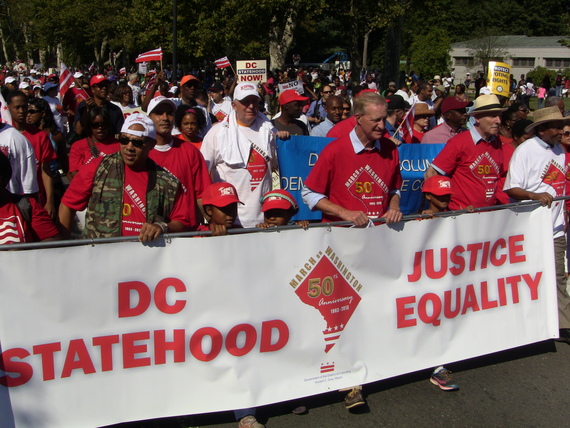 This year, taxes will be due on April 18th, 2016, and not the usual April 15th. This is because the IRS recognizes any holiday observed in the District of Columbia as an official legal holiday nationwide. Lucky for tax collectors, DC only has one holiday. That holiday that will give relief to tax payers all over the nation for a few days, is DC Emancipation Day.

On April 16th, 1862, President Abraham Lincoln signed into law the District of Columbia Compensated Emancipation Act, which ended slavery in Washington DC, and freed 3,185 slaves. Emancipation Day has been celebrated in the city since 1866. In 2000, the Council of the District of Columbia made it into a private holiday, but on July 9th, 2004, DC Councilmember Vincent Orange proposed making the day a public holiday, and so since 2005 Washingtonians have been celebrating their public holiday, Emancipation Day.

Emancipation Day is celebrated in the city with a series of events, including concerts, forums, a city-wide breakfast, and a parade. But it is also a special day, when residents of the city remind the nation, and themselves, of the irony of freedom. While Washingtonians take to the streets to celebrate the freeing of slaves, they must deal with the fact that since 1801, they, including those freed by President Lincoln's Proclamation Act, have been in captivity. Yes, it would be a grievance to compare the torments of enslavement; the physical and mental burden, the denial of self-worth, and disregard for humanity, to the lack of voting representation in the US Congress, or the limited self-governance Washingtonians have, but it is nevertheless a form of oppression the people of Washington have to deal with.

For more than 215 years, Washingtonians have taken to the streets, lobbied Congressional members, the President, and even international entities, seeking a resolution for a plight many in the nation don't know exists. What most Americans, some who reside in Washington DC, don't know is that for establishing domicile in the capital of the free world, you become a second class citizen. You have very limited representation in the US Congress (a non-voting delegate in the House of Representatives and no one in the Senate), and the entire jurisdiction is under the control of the US Congress.

Indeed, the fight of Washingtonians has yielded some progress, in 1961 they got the US Constitution amended so they could vote in Presidential elections, in 1973, with the District of Columbia Home Rule Act, they can now elect a Mayor and a City Council, and in 1978, through a failed Constitutional amendment, they almost got full voting members in both houses of Congress.

But Washingtonians want to be free from the control of the US Congress, they want to be able to elect full members of the House of Representatives and the Senate, set their own laws, and control their local courts. They want the same rights citizens who live in a state have. That is why Washingtonians want DC to be the 51st State in the Union.

And so while Americans all over delay their tax obligations, Washingtonians, more determined than ever, will hold marches, protests, and continue to lobby the US Congress, just to get the rights all others enjoy, on Emancipation Day.