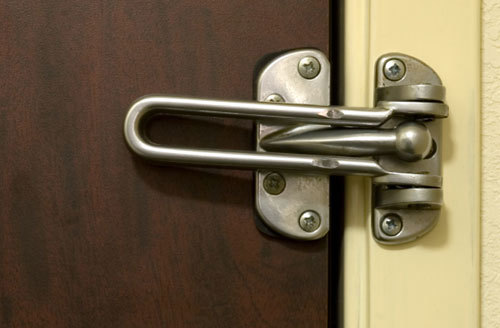 On Friday, AccorHotels, the owner of Hotel Sofitel in Washington, DC, joined the global fight against child prostitution.

Christophe Alaux, the group's CEO for North, Central America and the Caribbean, signed the Tourism Child-Protection Code of Conduct during an event at the hotel.

The code was co-signed by Senator Amy Klobuchar of Minnesota as well as representatives from the State Department and ECPAT-USA, which created the code and is a leading organization in the fight for basic human rights for children.

Senator Klobuchar encouraged the audience to be aware of the supply chain for this industry that victimizes 100,000 children worldwide each year. She mentioned that 83 percent of the children forced into prostitution in the U.S. each year are from the U.S.

The Senator also mentioned the need for more court systems to view the children as victims, not perpetrators, of crimes. This would help the children collaborate with the police during investigations and keeps their records free of unwarranted charges that make rebuilding harder when they exit prostitution.

The State Department's involvement highlights the urgency of the issue, both overseas and domestically.

The code is also meant to combat sexual tourism.

Globally, commercial sexual exploitation amounts to $99 billion of the estimated $150 billion profits obtained from the use of forced labor each year.

Children as young as 12 years of age are forced into the industry.

AccorHotels joined other hotel groups and partners like Hilton, Sabre, Delta Air Lines, Travelocity, and Windham Worldwide in this initiative.

Last month, Hyatt announced that it would work with ECPAT to train its staff as well.

Through the training program, hotel employees learn to recognize the signs that prostitution rings may be using the hotel to prostitute children. Hotels are developing processes to report child prostitution activities to the authorities and to educate guests about child sexual exploitation. They have also agreed to promote the initiative with their partners and report on outcomes annually.

AccorHotels is actually going as far as linking a part of its managers' annual bonuses to their performances in this area.

This is a major step for hotel chains to take worldwide. It represents a significant shift in the way hotel owners and staff view child prostitution.

In the past, staff may have suspected this activity and opted not to get involved for a number of reasons like concern for guests' privacy, lack of internal support, or fear of taking on powerful and potentially violent prostitution rings.

In some cases, hotel managers reported that they simply were not aware of this issue within their own facilities.

The Tourism Child-Protection Code of Conduct promotes corporate responsibility. It educates first responders, schools, and communities about this issue. The initiative also reaches out to children directly so they learn to exercise caution and stay safe in potentially dangerous situations.

Increasing the level of awareness of this troubling phenomenon is a huge step in keeping children in this country, and all over the world, free of sexual and other commercial exploitation.

The hope is that more hotels in the U.S. and abroad will join in the fight to end child prostitution and that better-prepared children will avoid falling prey to pimps and prostitution rings.

Travelers all over the world are also urged to find out if the hotels they support have joined the initiative.