The DC Latino Caucus, the main political organization for Latinos in the nation's capital, elected new officers and members to its board. The new president of the organization is native Washingtonian Gabriela Mossi, who was the vice president of the organization. Gabriella Mossi, currently works for the Greater Washington Hispanic Chamber of Commerce Foundation, a DC-based non-profit that advocates for minority-owned small and mid-size businesses. Gabriella holds an undergraduate degree in Foreign Service from Georgetown University and graduate degrees in International Management from two European universities. The new vice president is John Rodriguez. Rodriguez, new to Washington, has managed campaigns for candidates across the country. Most recently, Rodriguez was campaign manager for the Edward "Smitty" Smith Campaign for DC Attorney General. Mr. Rodriguez holds undergraduate and graduate degrees from the University of California school system. Other officers include, Dr. Jorge Escurra, as the treasurer, Claudia Barragan is the new communications officer, and Karen Vanegas is the secretary.

In addition to electing the officers of the organization, the DC Latino Caucus also elected 8 Board members: Claudia Barragan, Maria Corrales, Alfredo Diaz, Jorge Escurra, Xiomara Flores, Maria Ibanez, Jackie Reyes, and John Rodriguez were elected to serve 2-year terms on the Board. Founded in 2005, the DC Latino Caucus is an affiliate of the DC Democratic State Committee.

The organization maintains a Political Action Committee (PAC), used mainly to endorse Democratic candidates, and to elect two ex-officio members to the DC Democratic State Committee. The PAC has over 400 active members.

Speaking at the elections meeting, newly elected president Gabriela Mossi spoke about the need to continue to reach to Latinos in the city and get them involved in the political process. "Latinos are almost 15% of the population in DC, and we would like to see an equal number of Latinos participate in the political process in the city," said Mossi. "The high interest in the election of the Board and Officers of our Caucus is a reflection of the progress we have made over the years, and we should capitalize on this momentum with the great team we have on our Board," concluded Mossi. 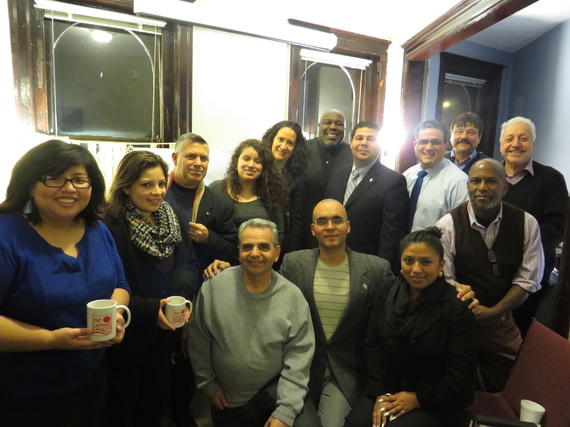 Members of the new Board of DC Latino Caucus