In the light of the new 'Batman v Superman' trailer, how is the DC cinematic universe shaping up against Marvel's?: originally appeared on Quora: The best answer to any question. Ask a question, get a great answer. Learn from experts and access insider knowledge. You can follow Quora on Twitter, Facebook, and Google+.

We've come a long way since "Iron Man" launched the Marvel Cinematic Universe in 2008. It's easy to forget where comic-based movies were at that time. There were some hits but making superhero movies was considered a risky proposal by Hollywood and fans were often frustrated with how their favorite characters were portrayed onscreen.

Fast-forward to today, and superhero movies (and television shows) are seen as the path to riches in Hollywood. Not only has the Marvel Cinematic Universe been incredibly successful, it has created a whole new paradigm where movies exist in a broader universe and there are crossovers between the movies.

Marvel movies have a distinctive consistent style due to strong control from Marvel Studios President Kevin Feige. The cinematography of all the films are similar. The dialogue and stories are familiar. The storylines build from one film to the next film. But what sets the Marvel movies apart the most is the tone.

Marvel movies have a light tone and are just plain fun. Laughs are large and frequent. There are dramatic moments, but they always serve to move the plot forward or to create some weight in an otherwise light narrative.

The Marvel plan has proven successful and plays to a wide audience of die hard comic fans and casual moviegoers. 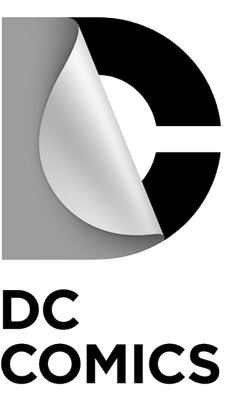 At this moment we have one complete film and two sets of trailers to make a judgement on the DC Cinematic Universe. It's enough to make a few calls on what the team at Warner Brothers is trying to achieve. It's definitely not enough to know if they can pull it off.

"Man of Steel" was a powerful reboot of Superman. It was a film that was exceptionally serious. Superman destroyed Metropolis and killed Zod to win the day. We've never seen Superman portrayed in this way on film.

After looking at the trailers for "Batman v Superman: Dawn of Justice" and "Suicide Squad" it's clear that the DC Cinematic Universe is going to be much darker than the Marvel movies.

The fan reaction to the two trailers has been positive. Comic fans are excited to see their heroes presented with the reverence and seriousness that is all-too-often absent from adaptations.

Fans are awestruck by that 'Suicide Squad' trailer

If you lived through the old Superman movies, and the silly Batman films of the 90s, this new universe is a breath of fresh air. It's broad and bold. It's exciting. But mostly, it's serious.

The gamble that Warner Brothers faces with these new movies is that they will give us comic fans what we want, but the casual movie audience may be turned off by all the darkness.

This is not a minor concern. Obviously, DC is playing catch-up with Marvel, but they are all in on this new universe. "Batman v Superman" is likely to be a hit because, well, Batman is featured. However, subsequent movies may suffer due to darkness fatigue.

"Man of Steel" was a success, but it sits at number eighty one on the all-time worldwide box office charts. In comparison, Marvel Studios has three films in the all-time top ten ("Marvel's The Avengers," "Avengers: Age of Ultron," and "Iron Man 3").

That level of box office is good, but it doesn't leave a lot of room for error. "Batman v Superman" needs to improve on those numbers, and probably will.

Warner Brothers is betting that the rabid comic fans will love these movies and there will be enough crossover traffic from casual fans to have a successful set of universe films.

The real test is not even "Batman v Superman," it's "Suicide Squad."

If director Zack Snyder can generate enough interest in the broader universe through "Batman v Superman" then "Suicide Squad" will experience the coattails effect that Marvel Studios films like "Guardians of the Galaxy" experience. Even if we don't know much about the source material, we will trust the brand and see the movie anyway.

Hopefully that's what will happen. A strong competitor to Marvel Studios will be great for all of us.

If they are trying to top each other, we all win.

More questions on Quora:
Download
Calling all HuffPost superfans!
Sign up for membership to become a founding member and help shape HuffPost's next chapter
Join HuffPost
Voting Made Easy
Register to vote and apply for an absentee ballot today
Register now