WASHINGTON -- A District of Columbia police officer has been taken off a motorcycle escort for White House officials after he allegedly said he'd shoot first lady Michelle Obama and "then used his phone to retrieve a picture of the firearm he said he would use," according to The Washington Post.

The Metropolitan Police Department is investigating and the Secret Service has been told of the alleged threat, the Post reports:

The motorman allegedly made the comments Wednesday morning as several officers from the Special Operations Division discussed threats against President Obama. It was not immediately clear where the alleged conversation took place or exactly how many officers took part in the conversation.

During that conversation, the officials said, the officer allegedly said he would shoot the First Lady and then used his phone to retrieve a picture of the firearm he said he would use. It was not immediately clear what type of firearm was allegedly shown.

An officer overheard the alleged threat and reported it to a police lieutenant at the Division, who immediately notified superiors, the officials said.

The officer has been moved to administrative duty as the incident is being investigated, according to the Post.

MPD Chief Cathy Lanier told WRC-TV/NBC4: "There is conflicting information about what the officer said. ... Internal Affairs will get to the bottom of it."

During an appearance Friday morning on News Channel 8's "NewsTalk With Bruce DePuyt," D.C. Mayor Vincent Gray said he hoped that the allegations turned out to be false, noting the current investigations by the MPD and Secret Service into the incident.

"There's no room for jokes or frivolity when you're dealing with the first family," Gray said.

On Friday, WRC-TV reported that "additional officers may be disciplined" in the incident.

This piece has been updated to reflect comments made by D.C. Mayor Vincent Gray on Friday and new information from WRC-TV/NBC4... 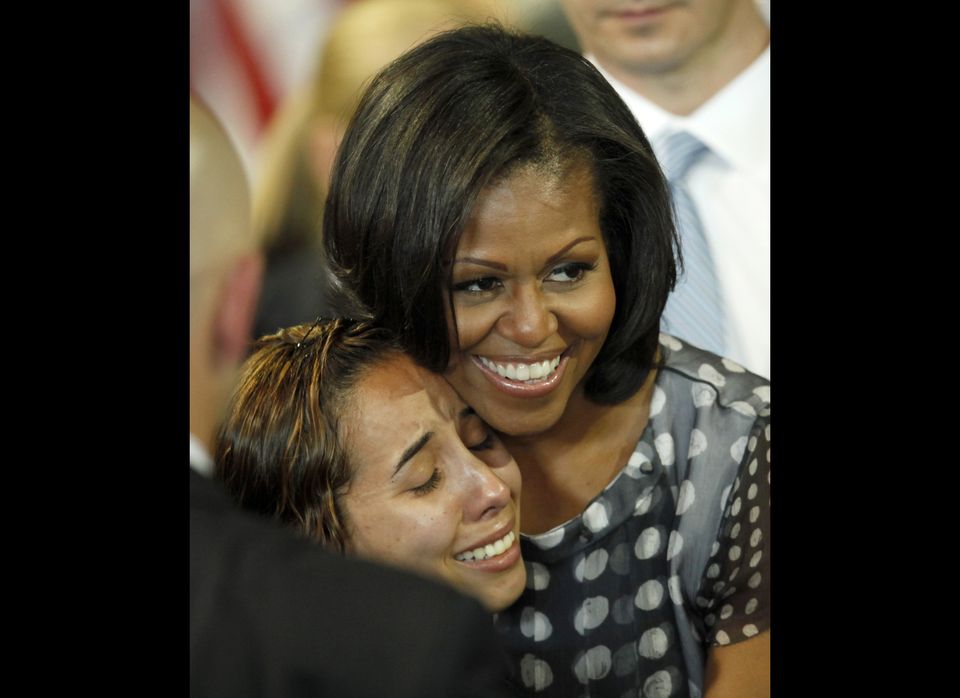 1 / 9
Michelle Obama
First lady Michelle Obama hugs a woman in the audience after Illinois Gov. Pat Quinn signed into law a measure allowing military personnel and their spouses a quicker transfer of their professional licenses to Illinois during a military relocation, Tuesday, June 26, 2012, in Chicago.
AP