Washington, D.C.'s snowy owl famously survived being hit by a bus this past winter, but it seems our migratory friend couldn't steer clear of danger.

After her accident, our wings were crossed for this tough bird. She was treated at City Wildlife -- the only urban wildlife rehabilitation center in the nation's capital -- then at the National Zoo, before she was ferreted off to the University of Minnesota's Raptor Center for feather transplants and further care.

In mid-April, when the owl was released near Superior, Wisconsin, we rather hoped that'd be the last we'd see of her. But on Friday, a message on Minnesota's Raptor Center's website read:

Sadly, we're writing today to let you know that The Raptor Center has learned the snowy owl's body has been recovered from the shoulder of a Minnesota highway, near where [she] had been released last spring. The snowy's cause of death is uncertain, but the placement of the body indicates [she] may have been hit by a vehicle. The body was in good condition, indicating the owl was successfully hunting, and was identifiable by a bird band placed on the leg prior to release.

As with all of our rehabilitated raptor patients at The Raptor Center we work diligently to treat and prepare the birds in our care for release. It is always difficult when we receive news such as this. Urban landscape challenges such as buses, methane burners and roadways can prove hazardous to all types of wildlife, owls included.

City Wildlife's executive director Paula Goldberg told The Huffington Post that everyone at the clinic is grateful to the network of wildlife rehabilitation centers that tended to this bird. She said there is some comfort in knowing the swowy had "a few months of glorious life" in her native habitat.

"We are heartbroken, of course," she said. "We know too well the challenges that all types of wildlife face every day of their lives in the urban landscape." 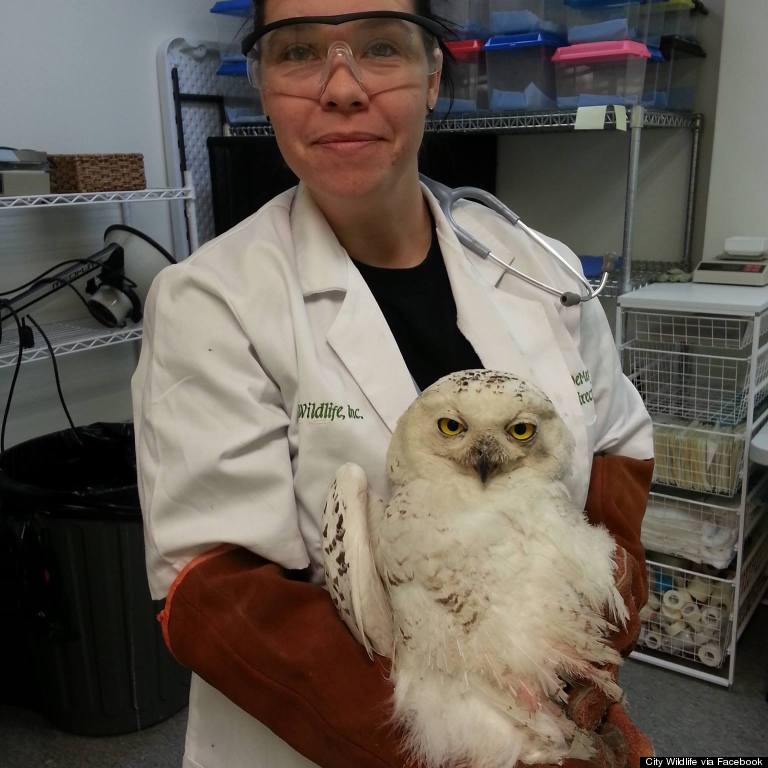