WASHINGTON -- President Obama carried 91 percent of the District of Columbia's presidential vote in November. But that overwhelming support might overshadow one of the sore subjects that irk some local voting rights activists: The president hasn't yet used D.C.'s "Taxation Without Representation" license plates on the White House limousine.

On Thursday, DC Vote launched a White House petition campaign asking the president's administration to use the local "Taxation Without Representation" plates:

President Obama supports a vote in Congress for the people of DC. But the license plates on the Presidential motorcade do not include the Taxation Without Representation message.

We ask that the Administration place the Taxation Without Representation plates on his vehicle prior to the inauguration so the nation will clearly understand the political reality in DC.

If 25,000 people sign the petition in the next 30 days, the White House will provide an official response.

"[President Obama] has stated publicly that we should have the same voting rights as every other American,' DC Vote Communications Director James Jones said in a statement. "Displaying the Taxation Without Representation plate is simply an expression of the truth about DC's political status."

Residents in the nation's capital can vote for president and local offices but do have full and equal voting representation in Congress. Political support had been building in previous years for legislation that would give D.C. a voting member in the House of Representatives, but those efforts ultimately stalled in 2010. There have been other legislative efforts to achieve local budget autonomy for D.C., including through the use of a local referendum.

There are other sore spots in local White House-D.C. relationship.

Obama, who has not appeared publicly with D.C. Mayor Vincent Gray since just after his 2010 election, also has used abortion access in D.C. as a bargaining chip in negotiations with congressional Republicans.

So will Obama's second term be better for D.C. residents seeking full representation in Congress? Many are hoping so.

As DCist wrote in a "Dear President Obama" letter following the November elections:

But seriously. We're not sure if you checked the election results, but D.C. again came down on your side. And we didn't just give you a piddly 52 percent or something—fully 91 percent of ballots cast yesterday in the city were for your re-election. Sure, that's down from the 93 percent we gave you in 2008, but still, pretty solid. In short, we've got your back.

Now how about you get ours? In the grand scheme of D.C. voting rights, self-determination and statehood, it's been a pretty hopeless and changeless four years. Not only did you refuse to put a "Taxation Without Representation" license plate on the presidential limo, but you traded away our right to fund local abortions in order to break partisan gridlock over the federal budget. Sure, you've said you support D.C. voting rights and have spent plenty of time eating out at our local restaurants, but hey, no amount of Ben's Chili Bowl will serve to replace the simple democratic rights we lack.

We get that the issue is tricky, and you'd have to face down plenty of partisan opposition. But if you could marshal one of the biggest health care reform bills ever through Congress, we imagine you could at least take a stronger stand on the fact that the 630,000 residents that are happy to call you a neighbor have no voting representation in Congress and still lack the basic vestiges of budgetary and legislative autonomy. 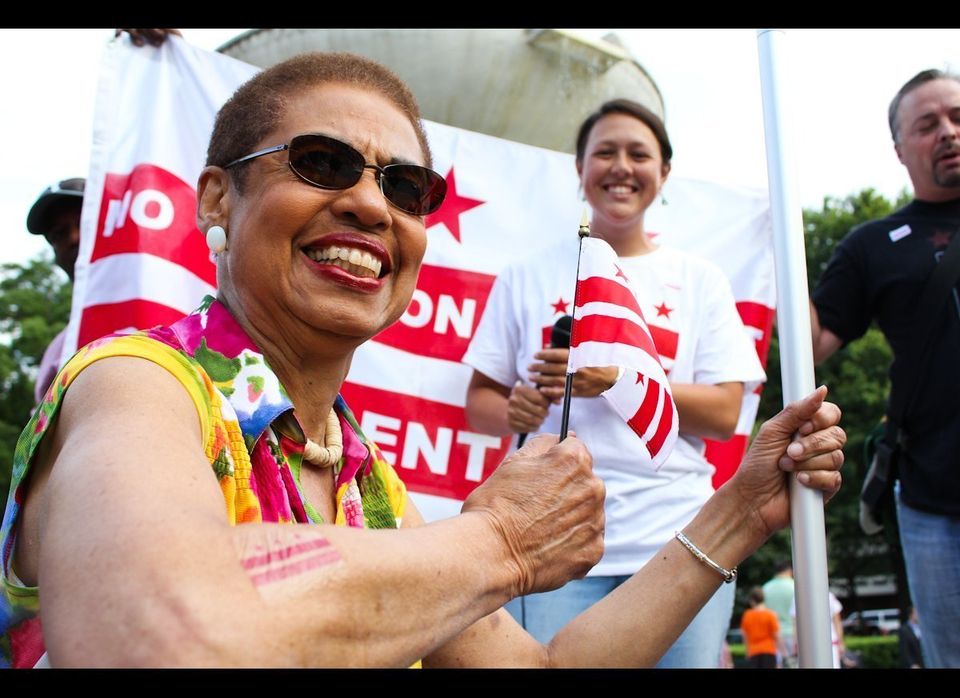