We're number one! (For student indebtedness.) And number two! (For repayment of student debt.)

D.C. also has the highest average amount of debt per borrower. The average student loan borrower in D.C. owes a somewhat astonishing $41,230, compared with a nationwide average of $24,810. Maryland has the second highest-amount per borrower -- $28,330. Virginians with student loans owe, on average, $26,310.

Check out the nationwide maps of amount owed and delinquency rates: 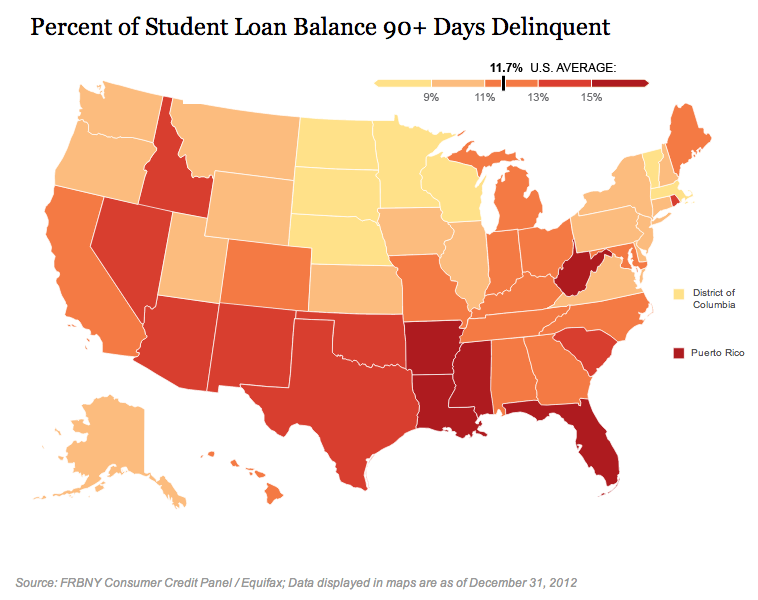 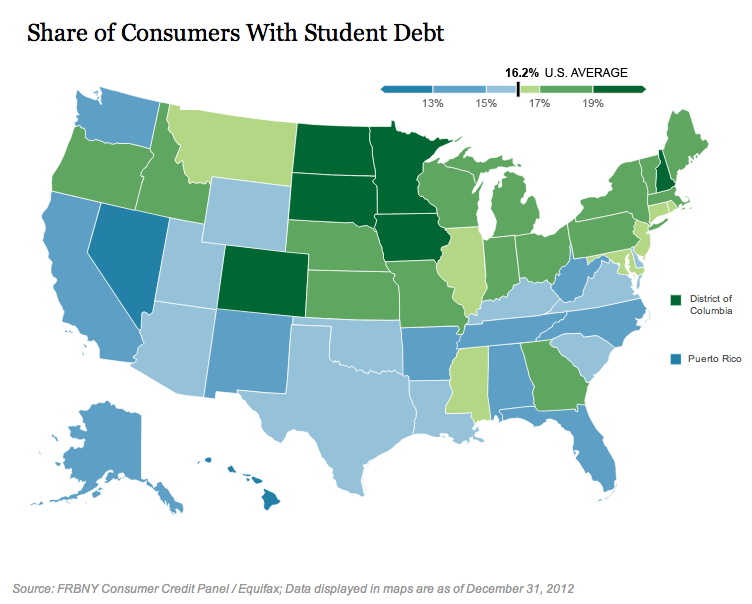 WAMU examined the findings and came to some interesting conclusions.

First off, the D.C. Metro region has the highest proportion of graduate degrees in the country, according to the U.S. Census. Fully 22.9 percent of local residents have gained a graduate or professional degree, likely adding debt in the process.

But as they add debt, they also increase their job prospects—especially in the D.C. region, which weathered the recession better than many parts of the country and remains a magnet for young professionals.

More importantly, though, is the fact that while D.C. students might be weighed down in debt, they're managing it pretty well. According to the Federal Reserve, the percent of student loan debt that is delinquent by more than 90 days stands at 7.3 for D.C., lowest in the country. In Virginia, it's 9.6 percent, below the national average of 11.7 percent; Maryland, for its part, stands at 12.1 percent. West Virginians fare worst, with 17.8 percent of students 90 days delinquent.

And hey kids -- don't forget: D.C. is one of the best places for young adults in the U.S.!