In their last two home games D.C. United fell behind to early goals against Philadelphia and Real Salt Lake before rallying for the win. This time there'd be no way back from the early goal.

In the fourth minute, the San Jose Earthquakes defender, Shaun Francis, broke down the left 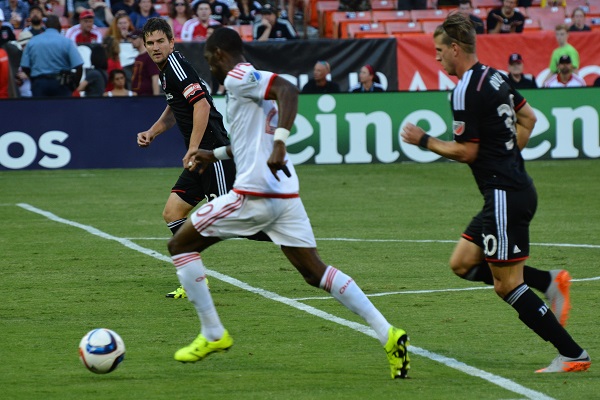 ...and took a shot that D.C. United's keeper, Andrew Dykstra, was able to get a hand to, and push back out into the box 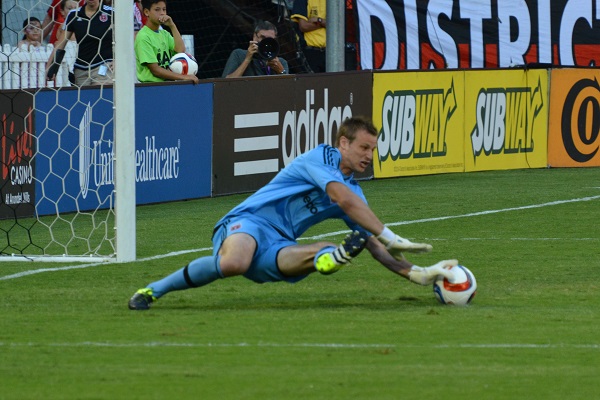 Where San Jose's Alashe knocked it on to Chris Wondolowski, who promptly knocked the ball into the far side of the net, past the reach of the despairing Dykstra 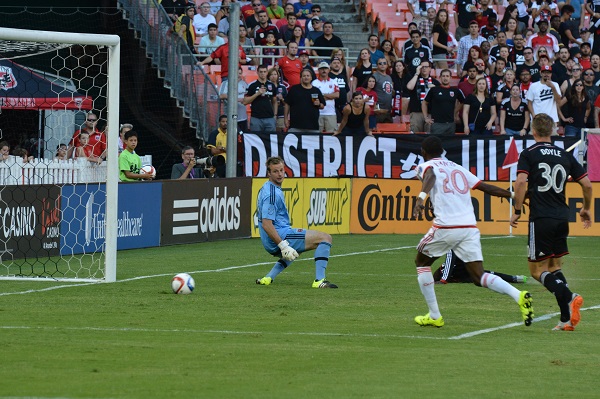 United attempted to come back into the game, with a string of corners 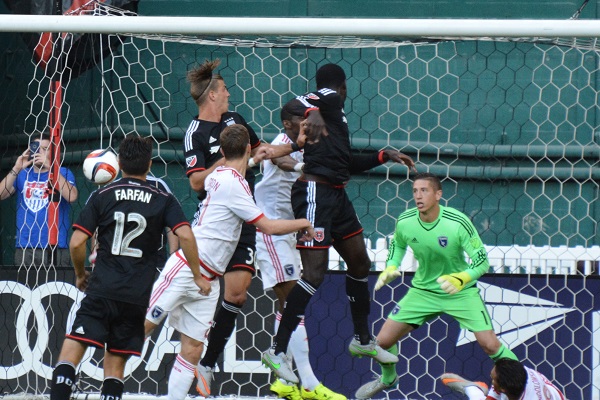 ...and a series of off target shots. With the ball finding the net once, only for the goal to be called off for a blatant handball. San Jose had their chance too...as they attacked down the right flank... 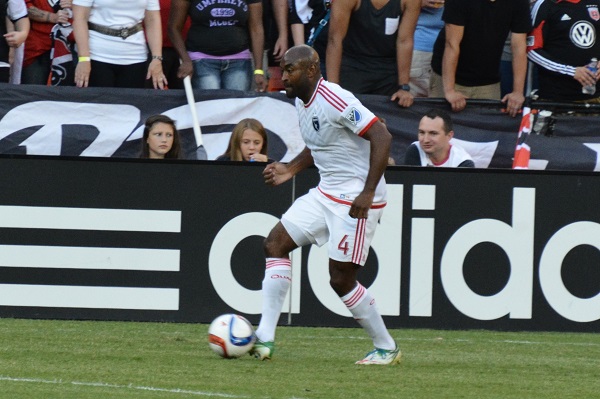 ...down the left flank 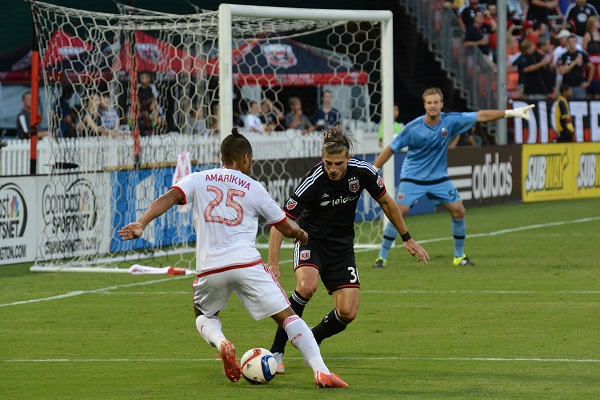 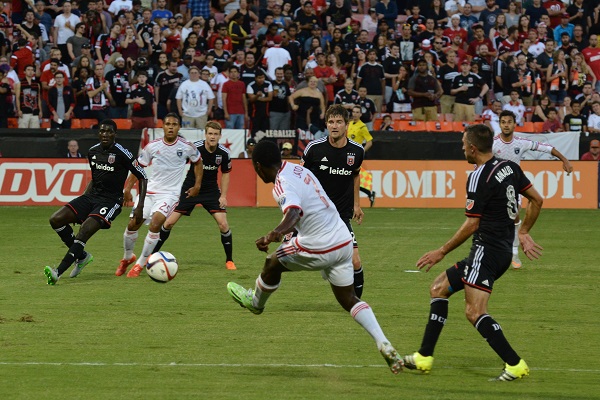 ...and through the center 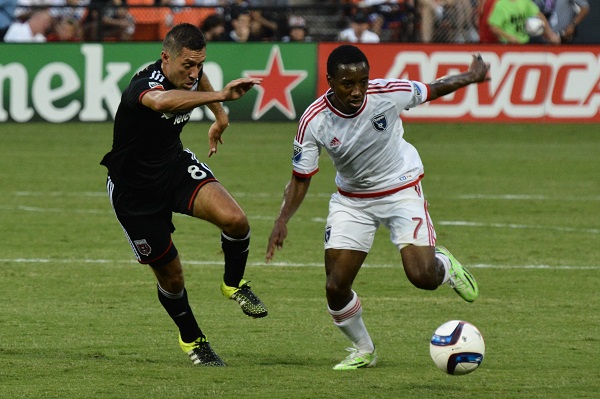 ...with Dykstra called upon several times 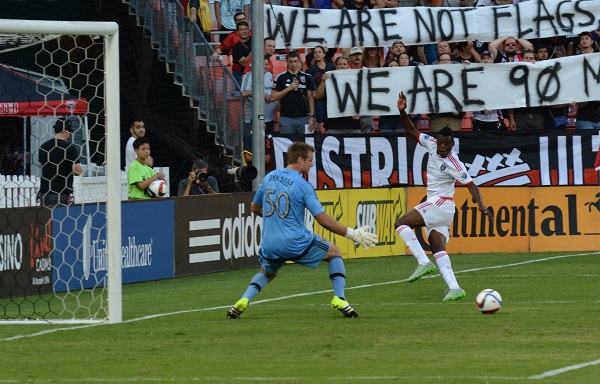 ...in order to keep United in the game 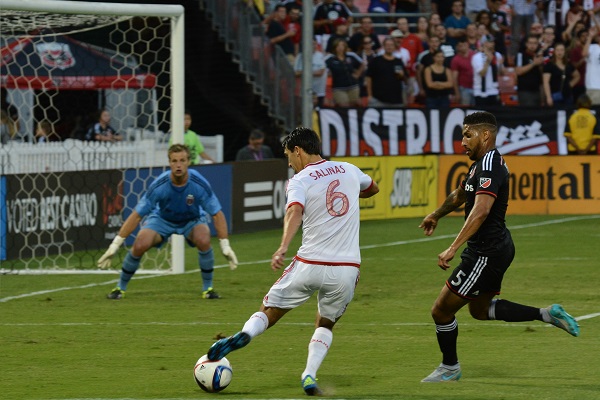 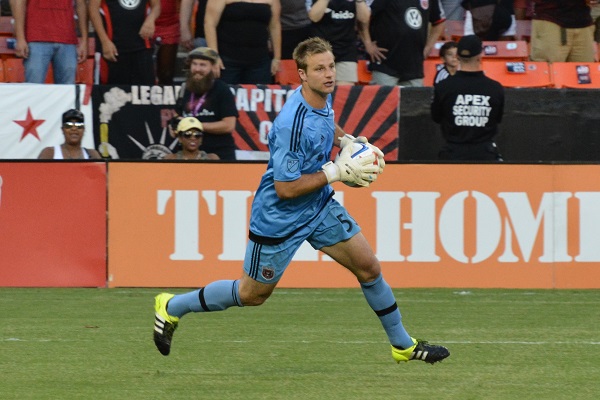 As the first half wound down, the tackles continued to fly 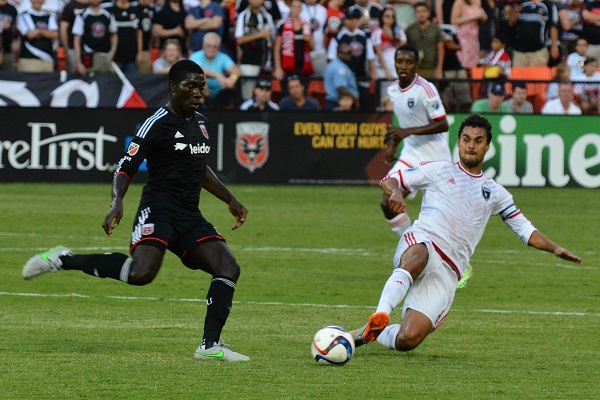 ...with San Jose refusing to give United an easy time of it.l 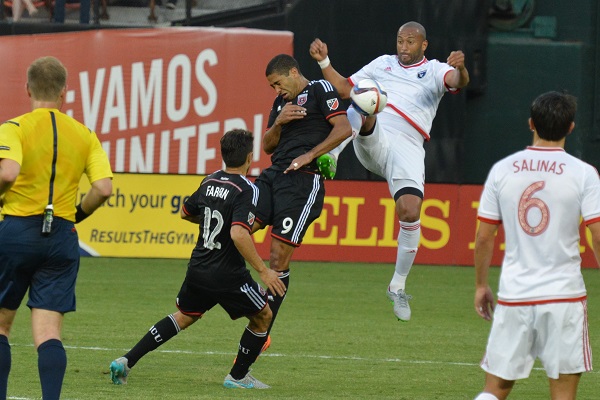 A half time substitution brought Nick DeLeon into the game, as United attempted to continue their "come from behind" pattern of the last two games 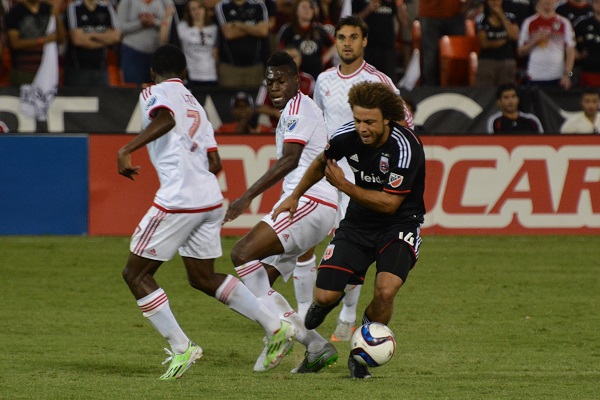 This, briefly, invigorated the midfield, as they pushed forward through Perry Kitchen 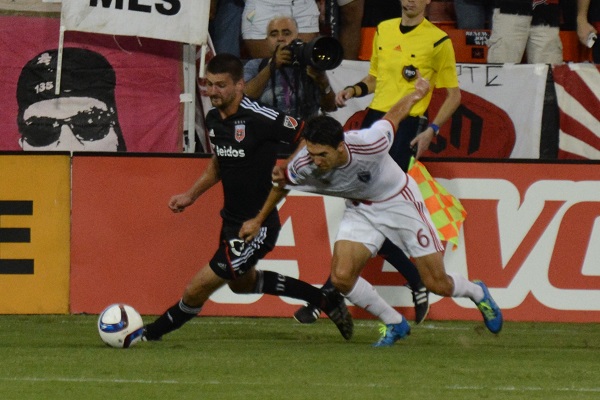 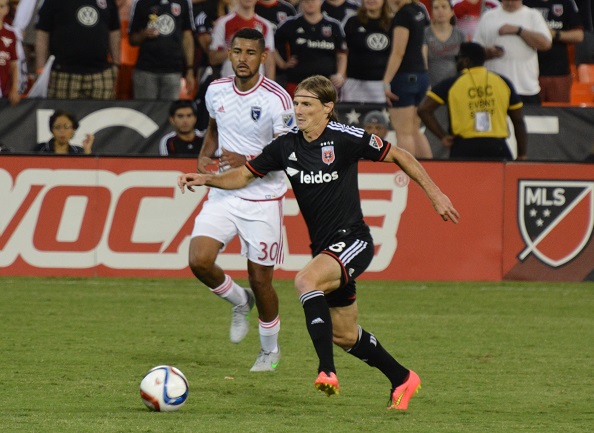 leading to an early, on target, chance for Alvaro Saborio 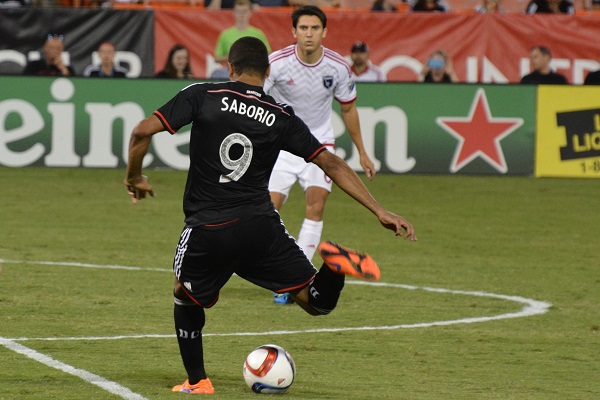 ...that was no problem for San Jose keeper, David Bingham 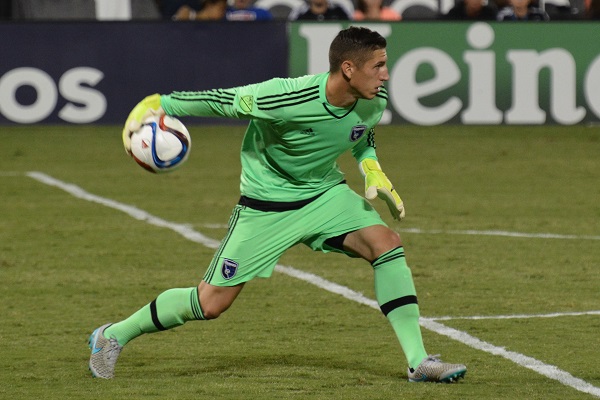 ...and within a minute San Jose had doubled their lead through Shea Salinas. United had several chances throughout the rest of the second half, but it just wasn't their day. 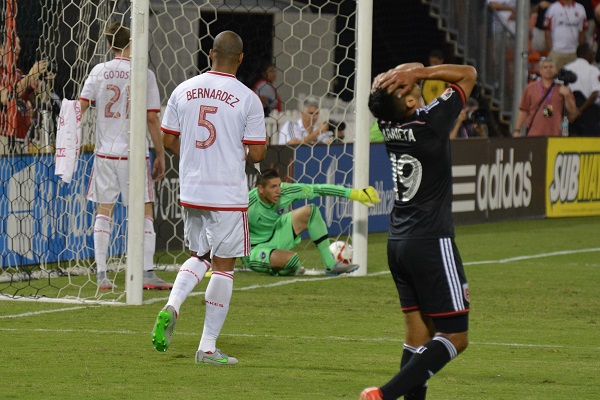 So the game ended with a loss at home, and with several teams breathing down their neck in the standings, United will have to improve in order to stay near the top, while San Jose moved closer to a play off spot in the West, hitting form at perhaps the right time.