On May 2nd, D.C. United hosted Columbus Crew for the first time this season. With United holding a 15 game home unbeaten streak in all competitions, and the Crew on a 4 game unbeaten streak, something had to give. This game was Fabian Espindola's first at home since his 6 game ban from the playoffs last season.

The game began with an extended period of Columbus pressure, with the action all down the D.C. United end for the first 14 minutes 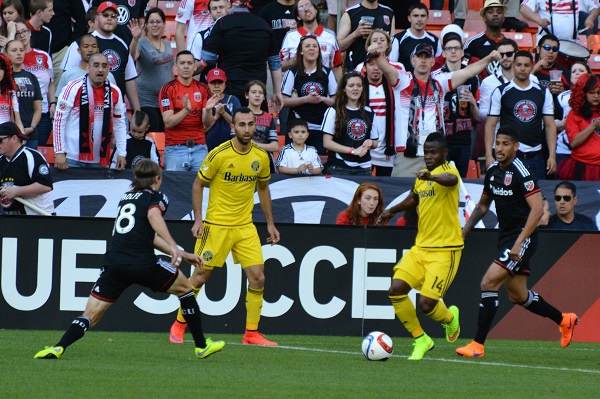 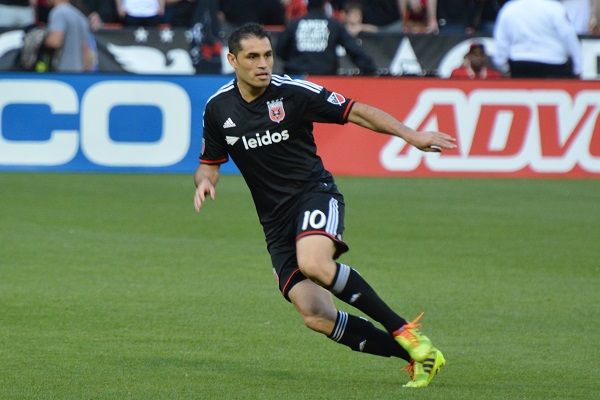 Which delighted both fans and team mates alike 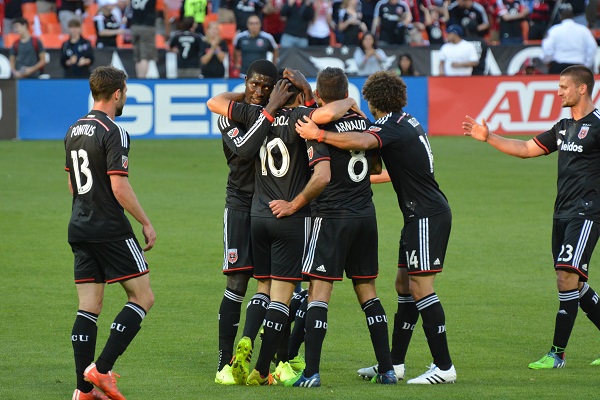 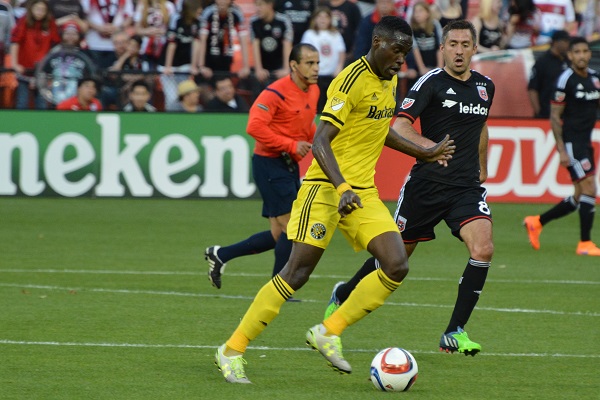 Trying to find a way to get an equalizer 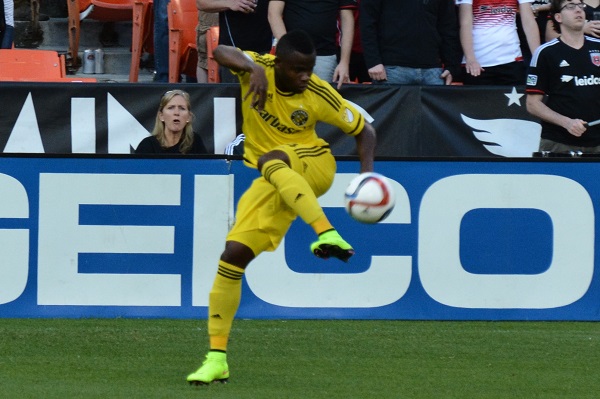 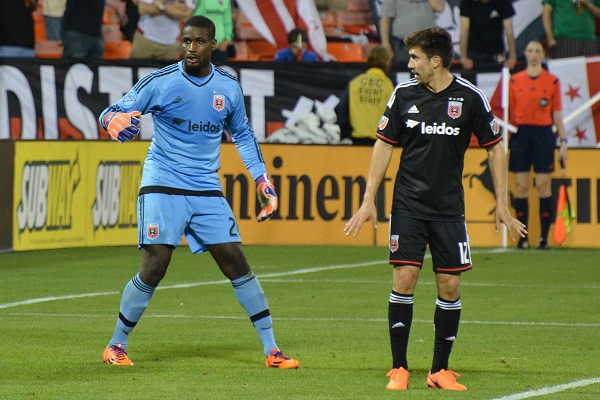 Doing whatever was necessary to prevent them from scoring 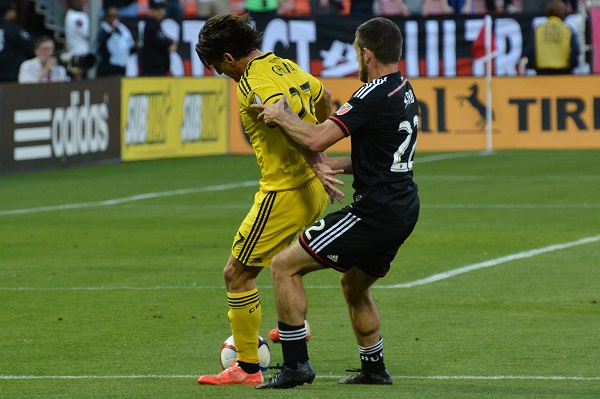 ...although Columbus did also resort to similar tactics 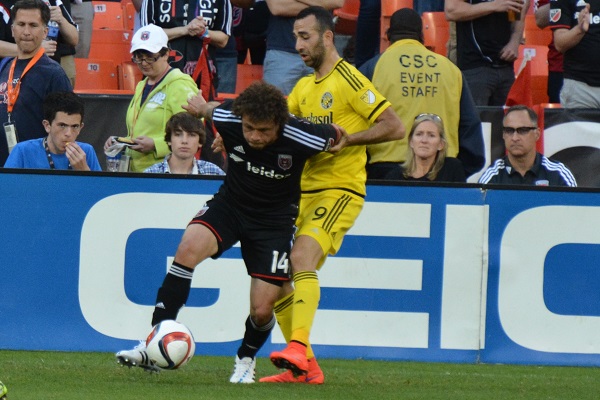 As the half went on, D.C. United began test the Columbus Crew more and more 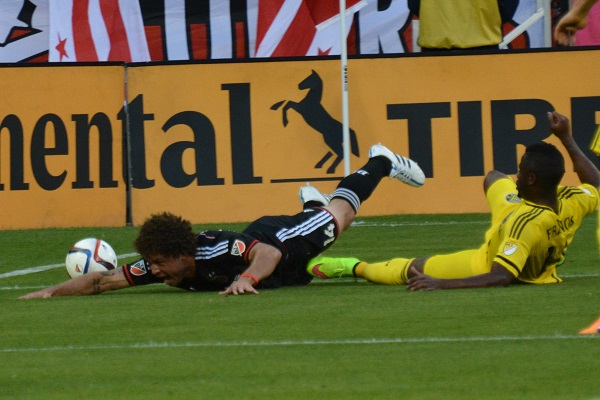 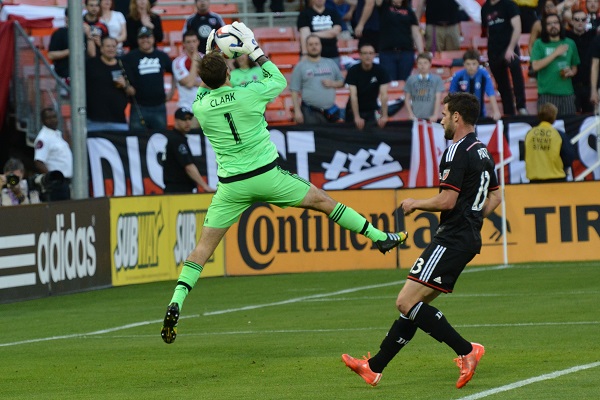 Until finally a Fabian Espindola corner found United defender Sean Franklin in the six yard box, where he was able to slot the ball home 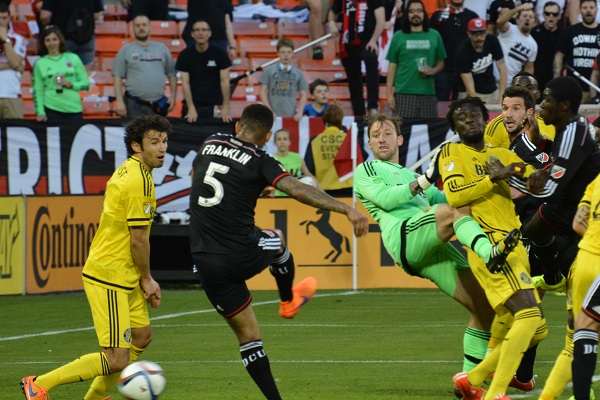 ...as the despairing Crew defense looked on 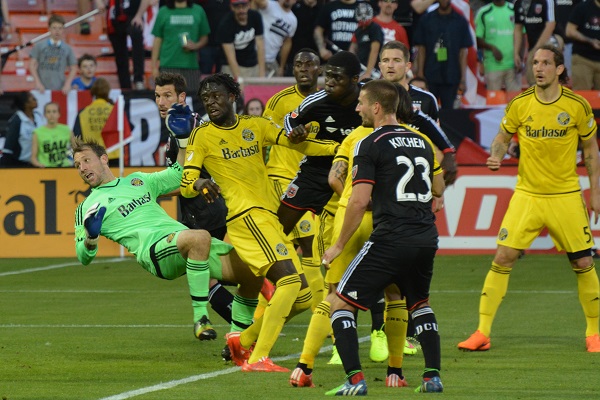 Franklin, scoring his 2nd goal since joining United in 2014, was immediately mobbed by his teammates and congratulated on his achievement 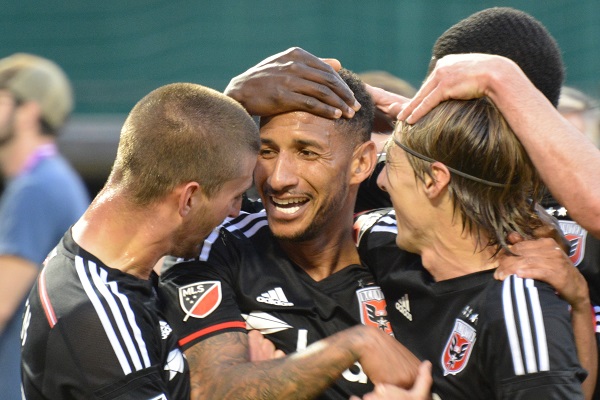 Columbus continued to battle, and did have a chance to pull one back just before half time, but sent the shot wide of the goal 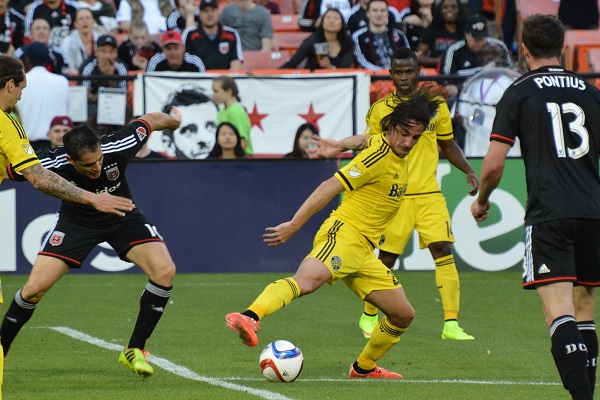 In the second half, Columbus continued to attack, 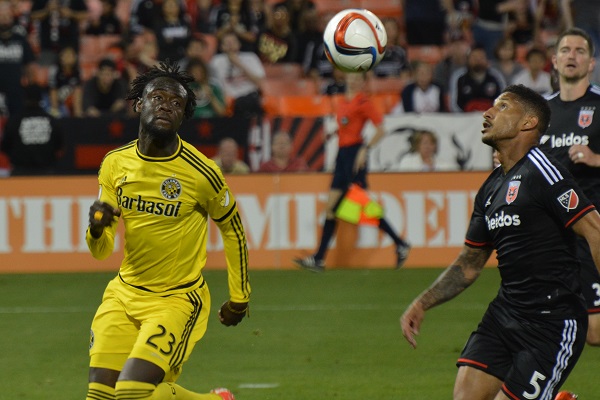 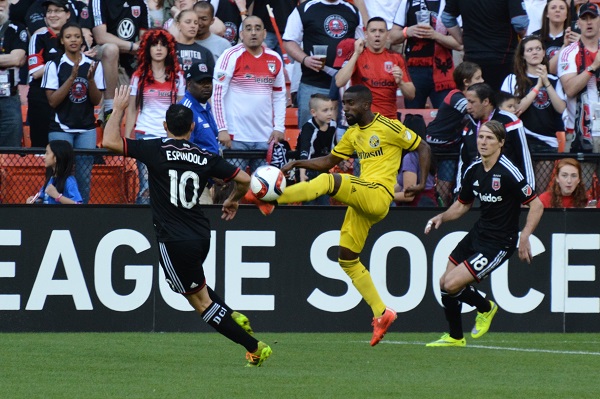 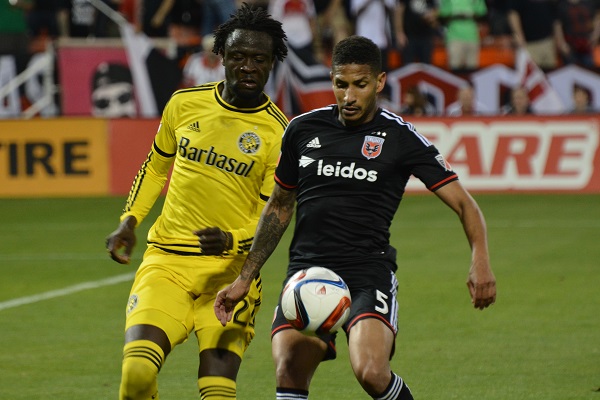 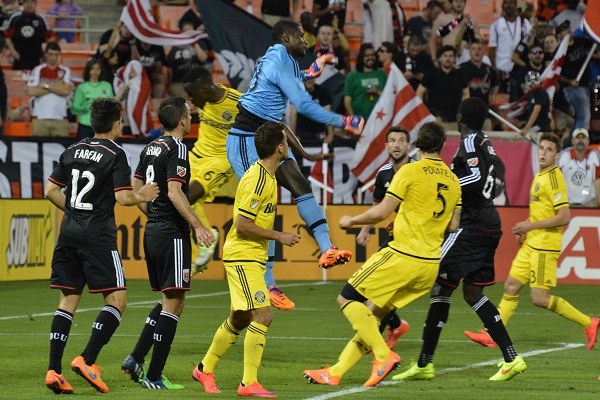 Until finally the referee blew the final whistle, and D.C. United extended their unbeaten home record to 16, and set a record for their best ever MLS start after 8 games. 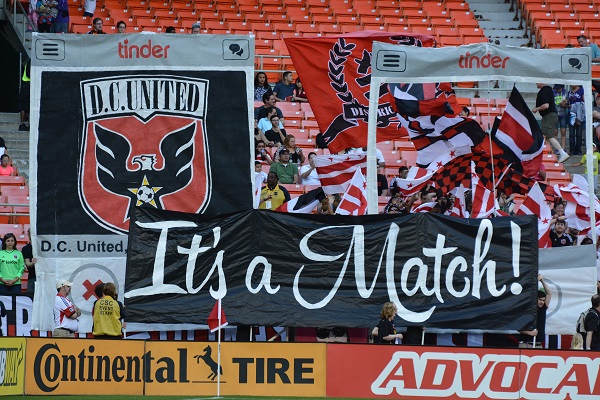