D.C. United changed 8 players in their starting lineup from their 2-0 loss on Saturday to the San Jose Earthquakes, retaining just Andrew Dykstra, Kofi Opare and Michael Farfan in the team, but given that they were playing a team that didn't even have the budget to hire a coach to take the team to RFK for the game, the feeling was that they could afford to do play basically their second string. 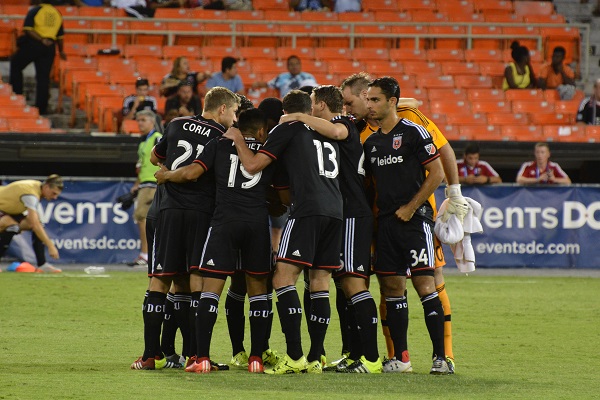 The game started out with the D.C. United players having the bulk of possession, but their primarily, over the top, long ball tactics 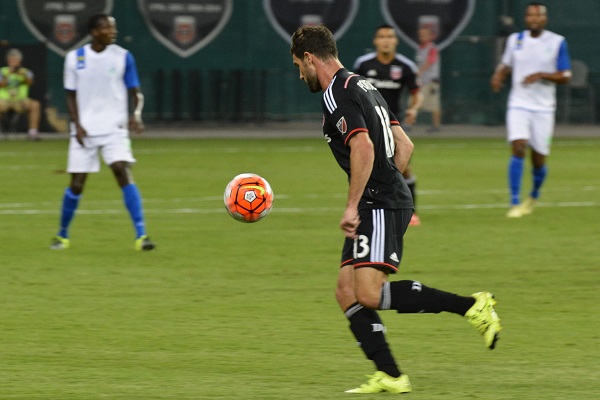 ...were easily dealt with by the Montego Bay defenders 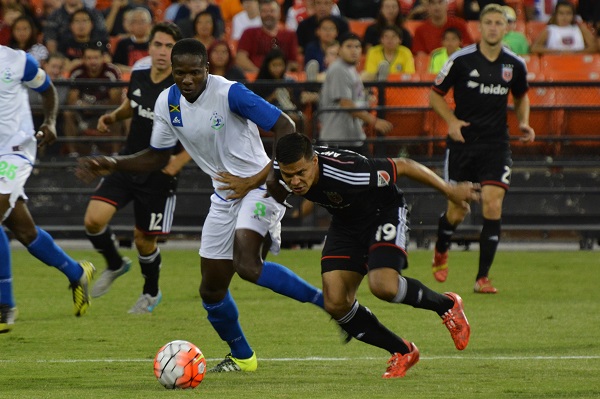 In fact, the first two shots on goal were from the Jamaican side (14th and 15th minutes) 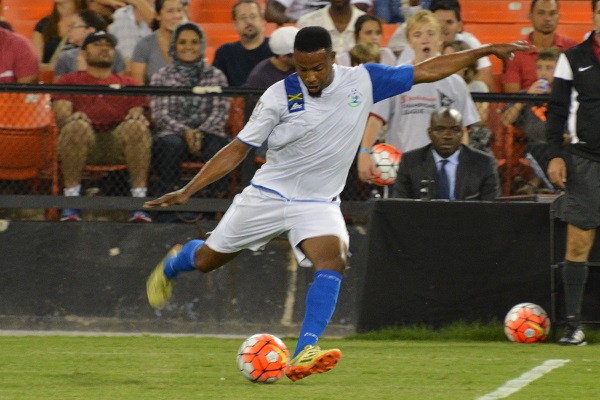 ...but they caused no concerns for Dykstra in the D.C. United goal. 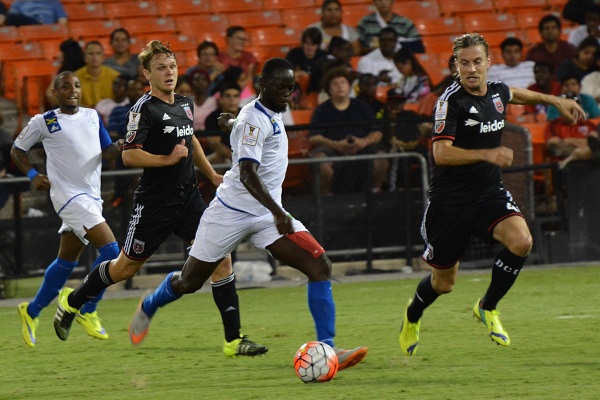 Over the next twenty minutes, D.C. United were clearly the better team, with a Chris Pontius pass 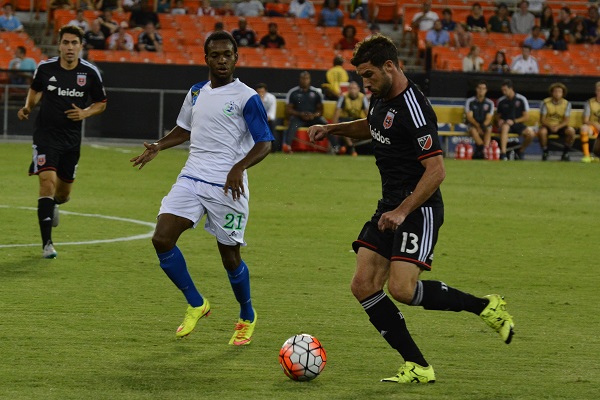 putting Facundo Coria through, who didn't cleanly strike the ball meaning an easy save for Jacomeno Barrett in the Montego Bay goal 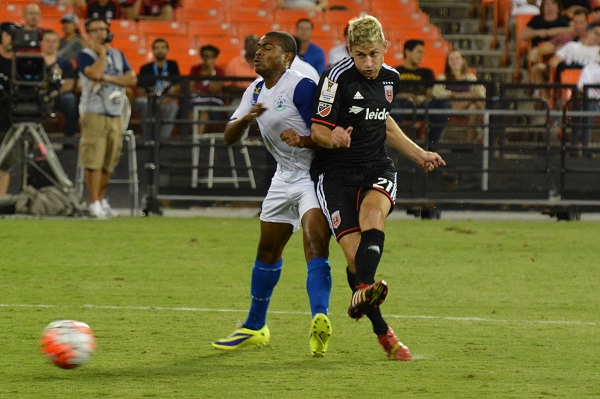 However, Montego Bay still had their share of possession 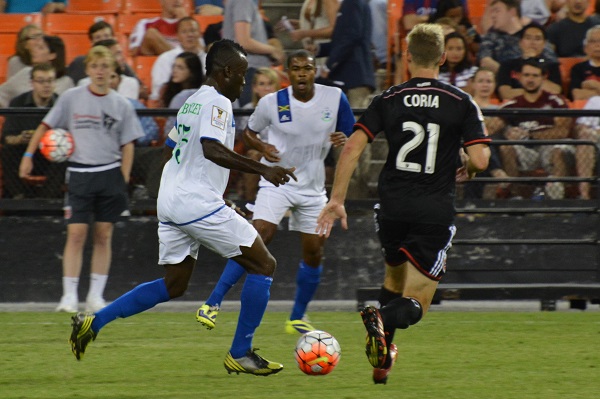 ...although on most occasions the D.C. United defenders were there to respond 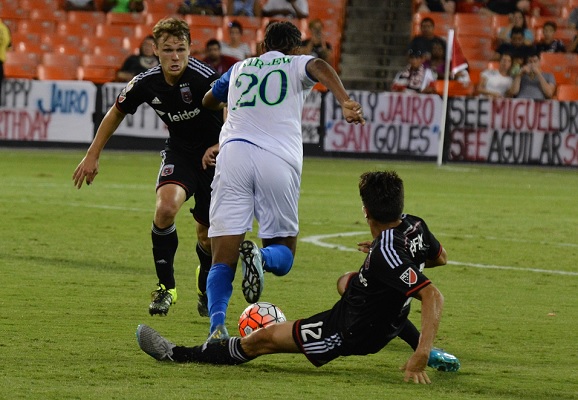 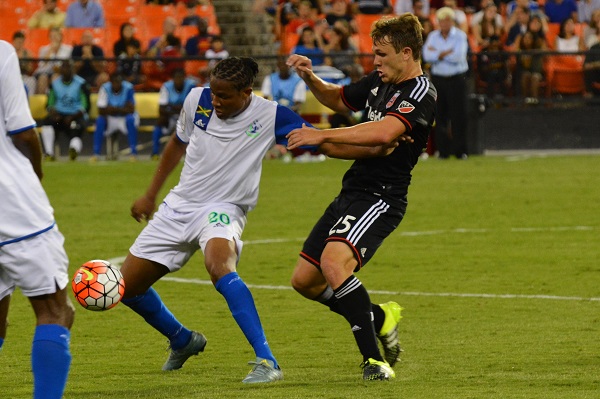 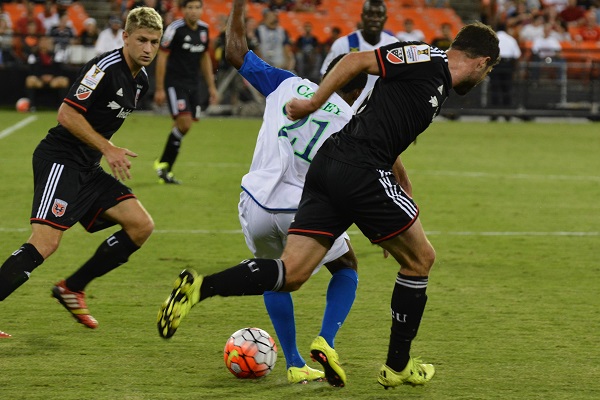 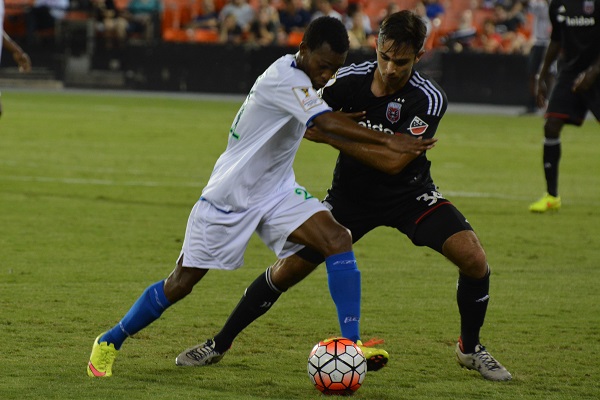 Finally, in the 37th minute a Farfan pass sent Miguel Aguilar through 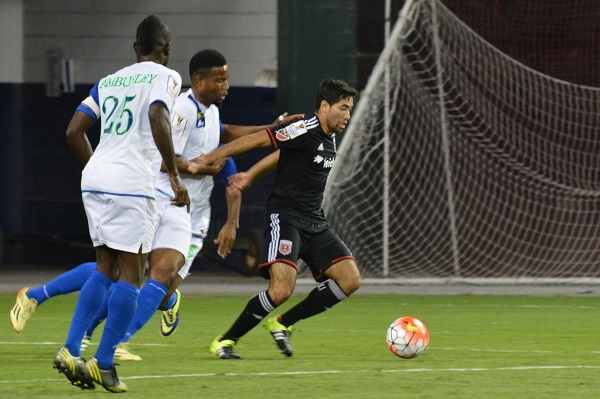 ...where he fired the ball low to the right of the keeper, and into the back of the net, to give D.C. United the 1-0 half time lead. 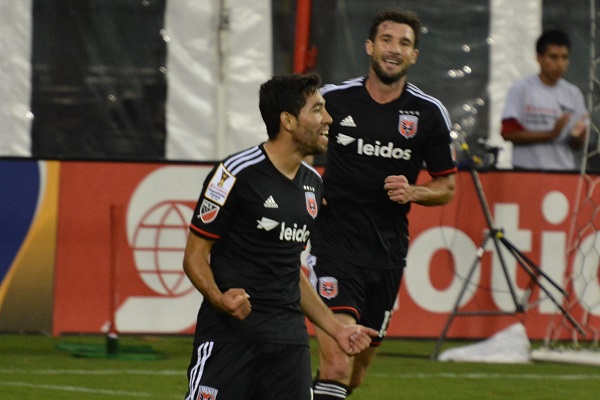 The second half began as the first ended, with D.C. United in charge, and Montego Bay chasing the game 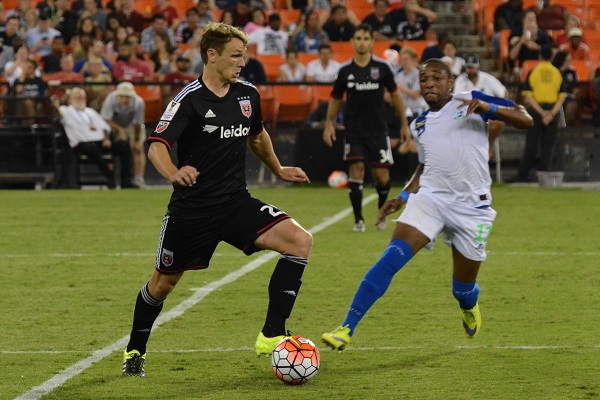 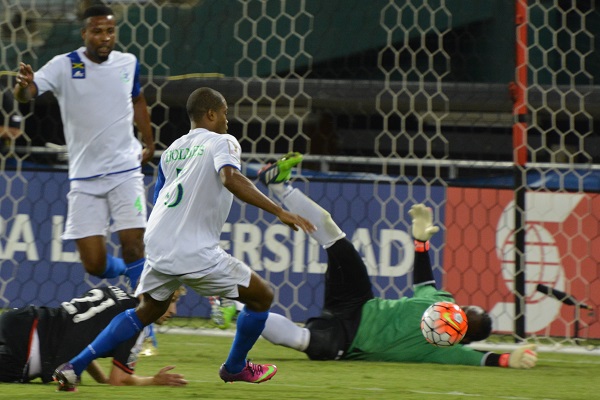 In the 75th minute Farfan snatched up a poor Montego Bay clearance and lobbed the ball back into the area where Opare doubled the lead, leaving the Montego Bay players to argue amongst themselves about what had just happened. 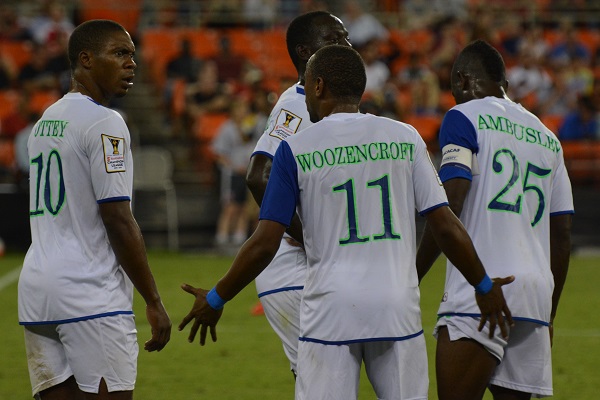 It was at this point that the travel travails started impacting the Jamaican team, as player after player went down with cramp. In total the stretcher crew were called onto the field four times to help stricken Montego Bay players. 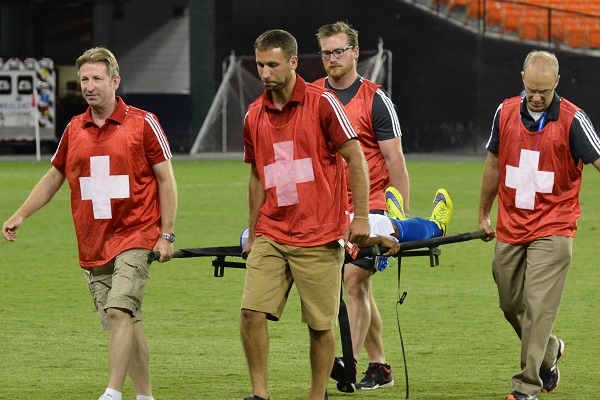 Which meant that when they did manage to break through the D.C. United defense, they were unable to hit the target 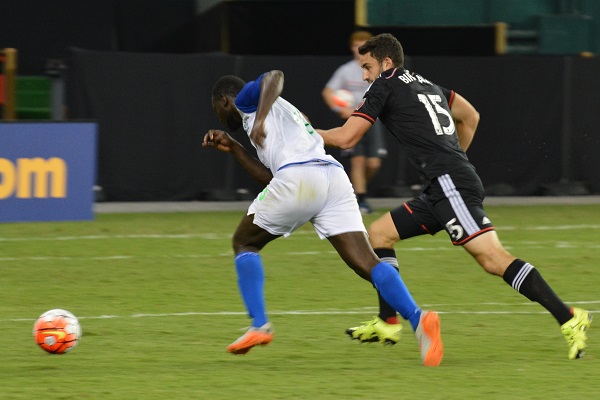 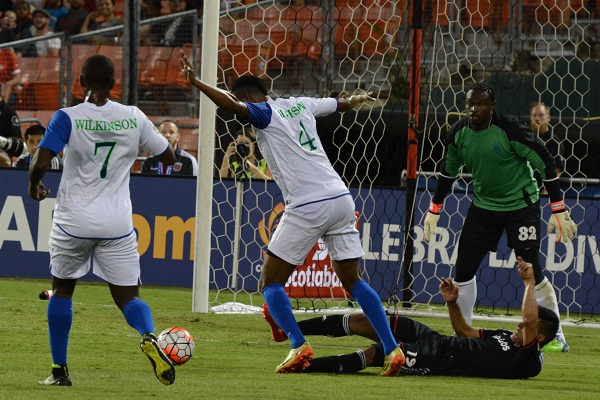 ...and in the 90th minute Conor Doyle added a third. 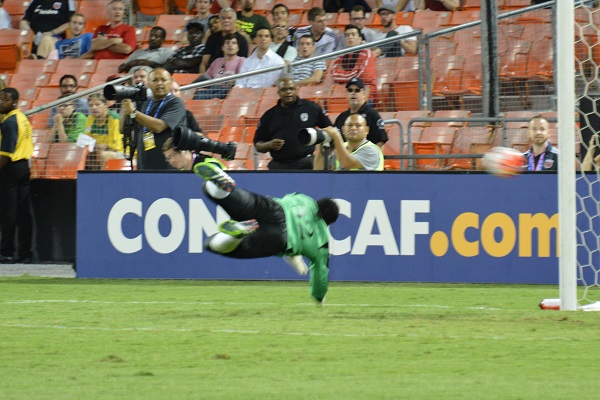 Which gave D.C. United their second win out of two games in their CONCACAF Champions League group, and the knowledge that a win in their next home game against Arabe Unido on 9/15 will give them a first place finish, which would qualify them for the quarterfinal stage next March.