D.C. United came into this game on the back of a 3 game losing streak, which included a 2-1 loss to the Philadelphia Union. Since that game, a trade with Real Salt Lake had sent Luis Silva out in return for proven goal scorer, and Costa Rican international, Alvaro Saborio. With this increased firepower United were hoping to reverse their slide and get a win. It didn't start out well though...

D.C. United kicked off, yet within 21 seconds C.J. Sapong shouldered Steve Birnbaum out of the way, and stroked the ball into the back of the net, putting the Union 1-0 up. 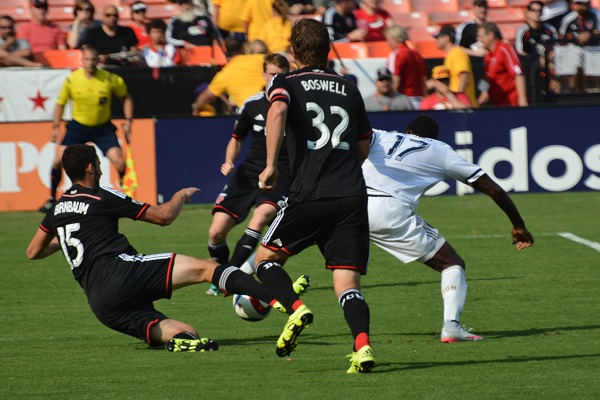 Any thoughts that United would respond quickly, faded, as Philadelphia continued to push forward, looking to extent their lead, with Sebastian Le Toux leading the charge 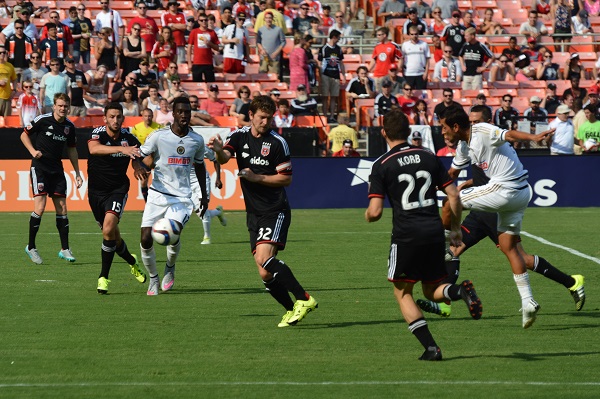 ...and in the 4th minute a Le Toux through ball missed everyone, including United's keeper Dykstra, and nestled into the net to make it 2-0 to the Union. 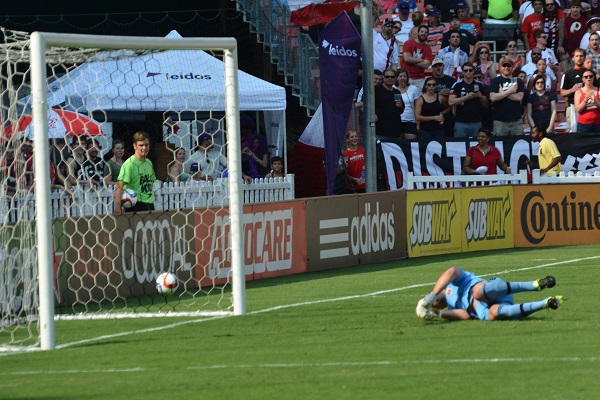 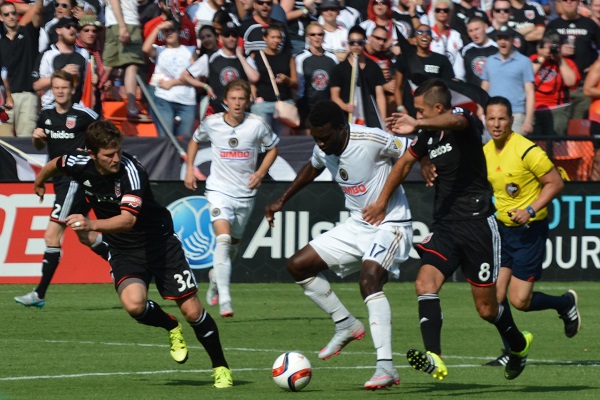 ...but the D.C. defenders held firm 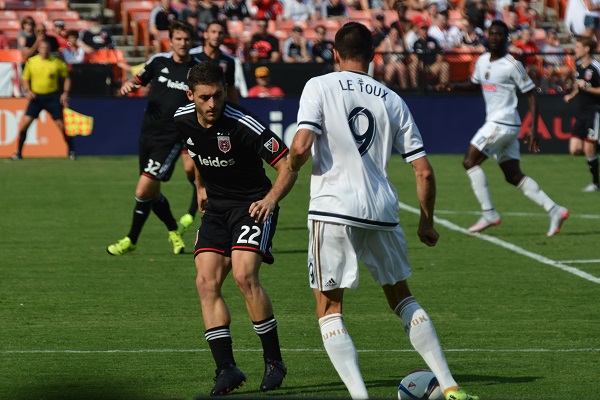 ...committing themselves to every challenge 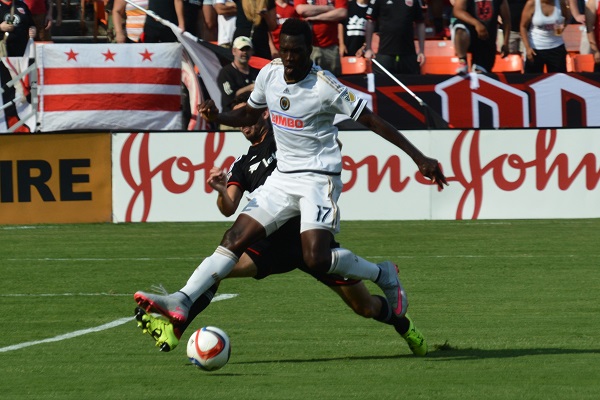 ...not giving them room to think 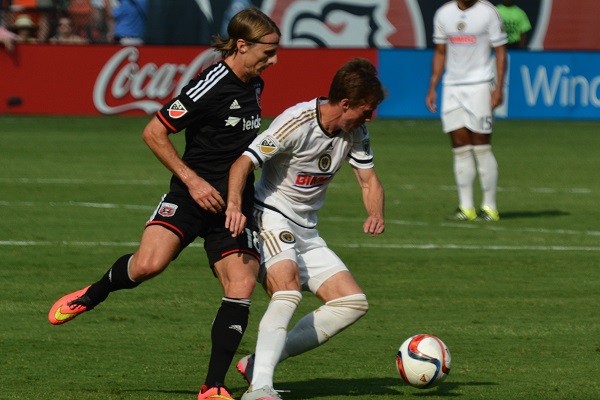 United's only response to the waves of attacks were several high balls into the area, that were easily scooped up by the Union's keeper, who would distribute the ball and send his team off on yet another attacking run that United would thwart. 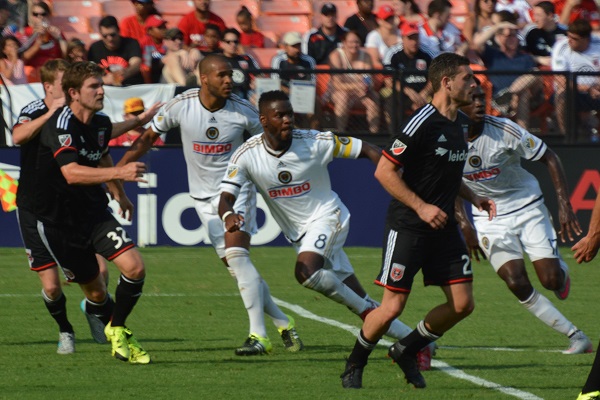 In the 33rd minute, a foul in the box gave United the lifeline of a penalty, and up stepped Fabian Espindola to take it. While he did manage to send the keeper the wrong way, he also sent the ball the wrong way, as it traveled over the goal and up into the clouds 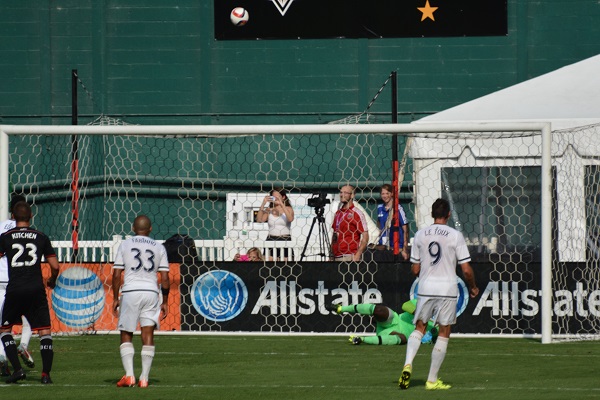 Believing that this was going to be their day, Philadelphia pressed again 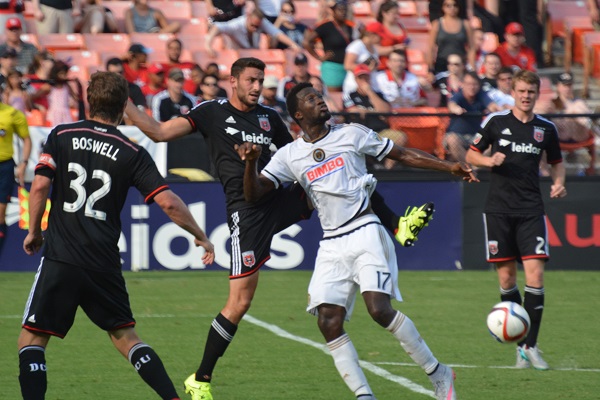 ...but the United defense continued to keep them out 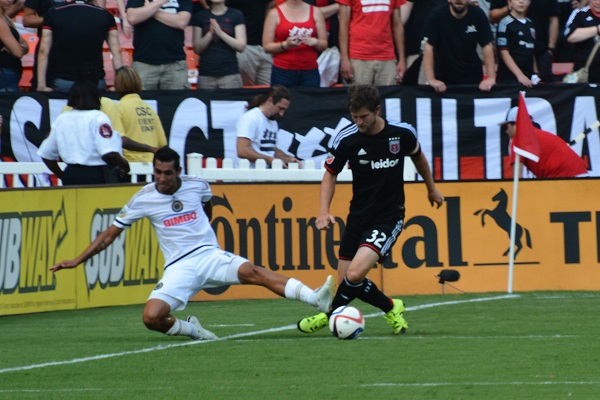 On the next United attack, Chris Korb crossed into the box, where a waiting Saborio volleyed the ball into the back of the net for his debut D.C. United goal 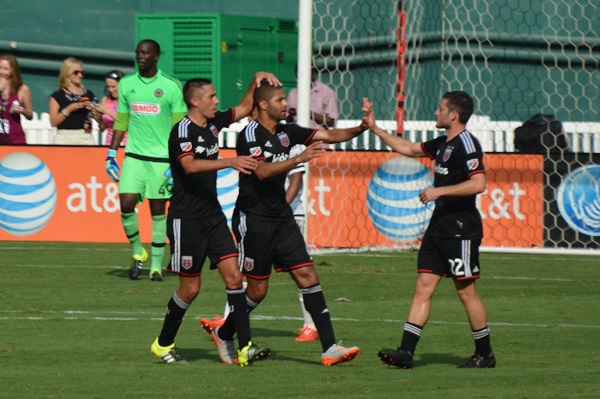 Philadelphia then attempted to restore their 2 goal cushion, with Le Toux acrobatically getting in behind the defense 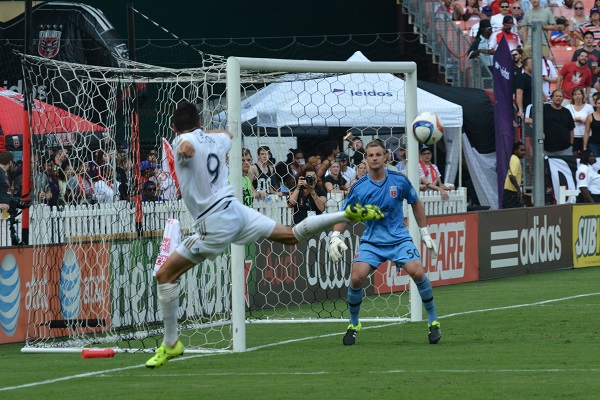 ...and then unable to slot home into an open net after United's keeper Dykstra fell attempting to gather a cross. 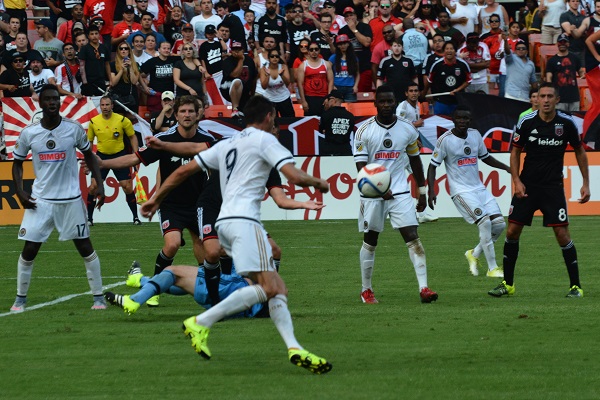 The second half began with D.C. United in the ascendancy. They chased the ball, dribbled around the Union players, and attacked the goal more frequently 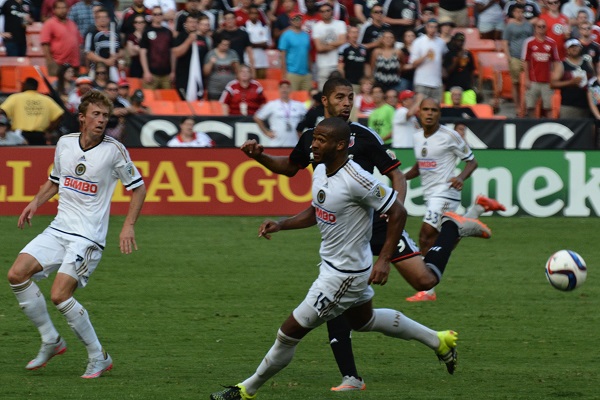 Sylvestre, in the Union goal, was unable to hold onto a 66th minute rocket of a shot from Espindola, which rebounded out to Nick DeLeon, who scored the equalizer. 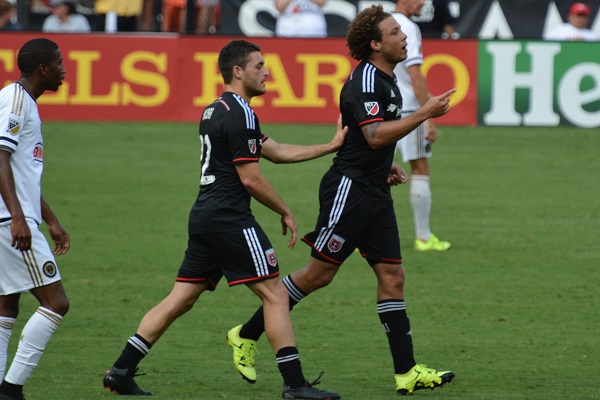 With the game tied at 2 apiece, both teams attacked, trying to get the go-ahead goal, and while the United defense continued to attack every ball in their half 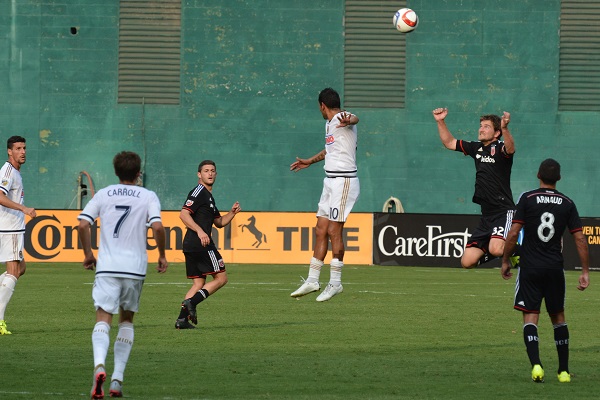 Philadelphia did find a way through. Unfortunately for them, while the shot beat the keeper, it struck the crossbar and rebounded safely away. Then United attacked, with Espindola rising above the Union defenders to power a header home, and give United the lead in the 79th minute. 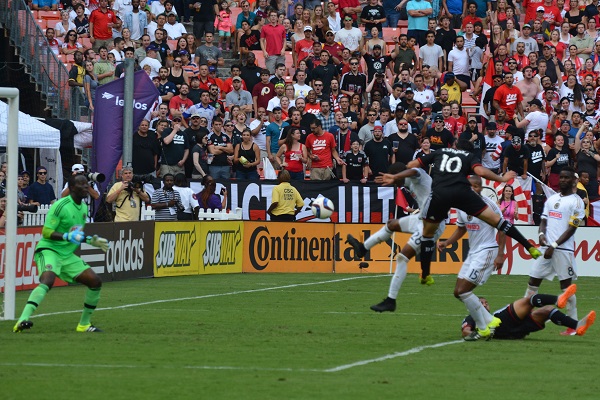 From that point on Philadelphia's heads dropped, and United took control, with attack... 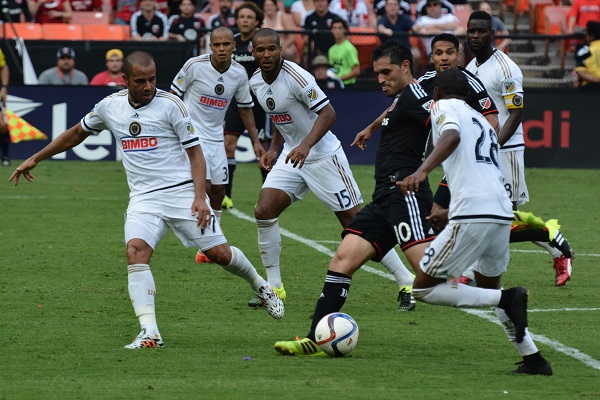 ...after attack charging into the Union area. 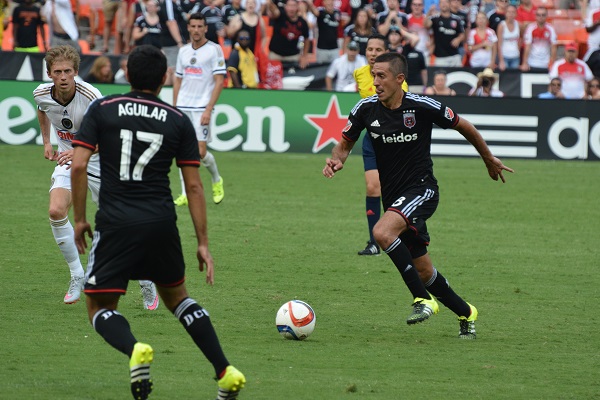 In the 3 minutes of injury time, the Union resorted to long ball tactics, to try to make something happen, but each time the United defenders were there to head the ball away to safety. 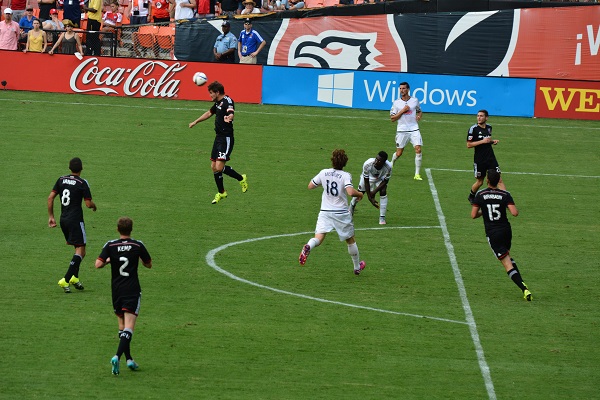 ...and so the game ended with D.C. United getting their first win in 5 games, with a strong comeback victory.