Qatar has embarked on an ambitious plan to ensure that public and private schools in the Arab Gulf emirate are fully media and information literate by 2014. It is also aiming further afield to reach institutions in the Middle East and Africa.

"Media and Information Literacy (MIL) is a relatively new concept in the Middle East and suffers from a lack of knowledge among educators," said Jan Keulen, director of the Doha Center for Media Freedom (DCMF).

But arming students with 21st Century skills and preparing teachers with the know-how to guide them is filling a gap in the country's educational system, added Keulen, whose center is leading the charge. 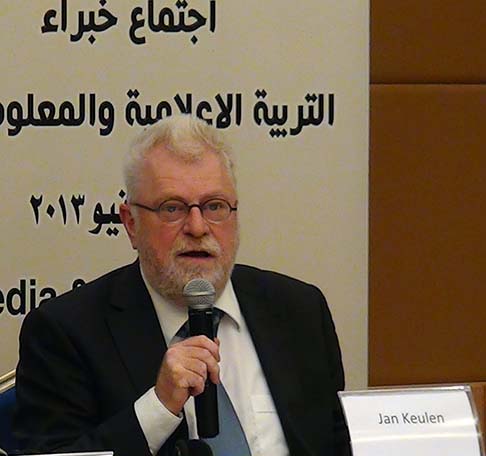 The DCMF has conducted media and information literacy training in Qatar, Bahrain and Jordan. It organized a three-day experts meeting on MIL in Doha this month grouping educators, ICT professionals, media practitioners and members of international organizations.

"We're living through an information and technological revolution with countless challenges and language influences at the expense of Arabic," noted Asmaa Al Mohanadi, head of Scientific Research at Qatar's Higher Education Council. 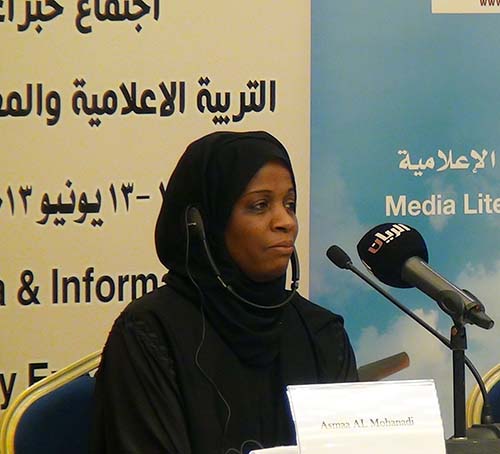 If taught right, Qatari children can be protected from outside influences on their culture and religion, she added about Doha's vision for 2030.

No less important is intercultural dialogue, which Jordi Torrent from the United Nations Alliance of Civilizations (UNAOC) stressed in his presentation.

"MIL is a tool for better understanding and counterbalancing the forces of violence and hate speech," he said, noting that media freedom goes hand in hand with MIL. 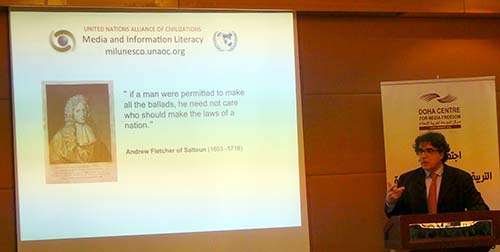 An example of positive action is UNAOC's "Plural + Youth Video Festival" in cooperation with the International Organization for Migration (IOM) that features the works of young people and is focused on migration, diversity and social inclusion.

"It's a battle of the minds, of changing perceptions," opined UNESCO media and society program specialist Alton Grizzle in a Skype conference with participants in Doha.

Grizzle examined media literacy education challenges in the Middle East and where the Arab region is compared to other parts of the world.

He said there is an absence of practitioners in the region and a lack of national MIL policies. 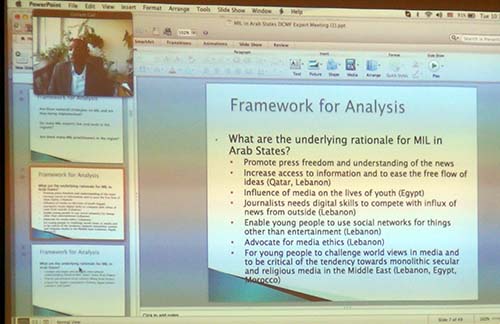 The director of Cairo University's Communication College Sami Tayie hit the proverbial nail on the head.

In describing the absence of MIL in the Arab world's education programs, Tayie admitted that curricula are rigid, that there is limited space for development, that the system is individualistic, that it does not encourage teamwork, and that school is not very attractive to children.

He listed the challenges the region faces as: an unclear definition of MIL (depending on how the concept is translated), an education system that relies on knowledge injection, a system that discourages creativity, and, a lack of critical thinking.

To create an enabling environment for free expression - a cornerstone of critical thinking where rote learning has been the norm - it is imperative to secure the buy-in of key stakeholders.

UNESCO has been at the forefront of the effort.

It published a "Media and Information Literacy Curriculum for Teachers" in five languages that is available for download as a PDF.

Misako Ito, a Morocco-based UNESCO expert who attended the Doha gathering, said that North African country began reforming its education system in 2000 and was integrating information and communications technologies (ICTs) in its national policies.

On the plus side, Morocco is keen to provide education resources online and socialize young people through the media.

On the minus side, despite two articles in the Moroccan constitution favoring free expression, there are constraints that bar citizens from publishing articles critical of the king and of religion. 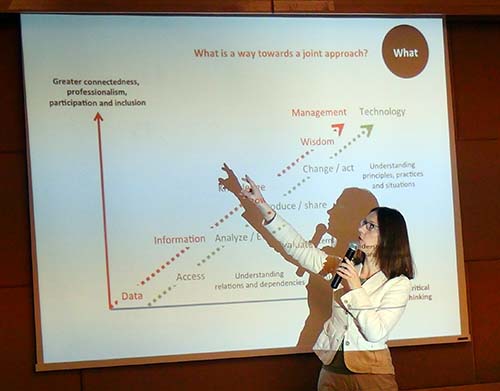 It is important to differentiate between information and media literacy and to understand how both can be promoted in a "joint approach," she added.

Coming from a media background, with stops in academia, I examined successful case studies from Morocco, South Africa and The Netherlands at the Doha meeting.

I've also written on the subject over the years and trained school teachers and activities coordinators on how to incorporate media literacy in their curricula.

But there's still much work ahead.

Participants agreed to follow up on the meeting, develop and share ideas on implementing MIL in the Arab region, and, provide sustainable training programs, research and curricula for teachers.

Recommendations also emphasized the need for a shift in teaching methods, the establishment of exchange programs to build on successful youth-produced media initiatives, the creation of socially inclusive MIL programs for women and people with disabilities, and the building of national and international networks to share knowledge and resources.