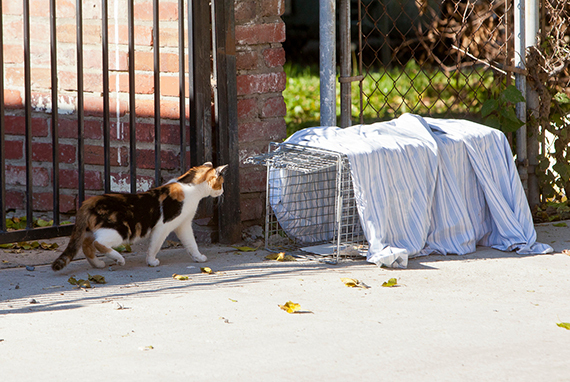 Despite opposition from more than 12,000 animal welfare advocates, Washington, D.C.'s Department of Energy & Environment (DOEE) continues its witch-hunt against outdoor cats. According to the agency's recently released 2015 Wildlife Action Plan, trap-neuter-return (TNR) programs in the District "will be revisited and reassessed."

It was DOEE's similarly euphemistic language that triggered intense public outcry to the draft version of the Plan earlier this year, in part because of the long history of TNR efforts in our nation's capitol.

For more than 25 years now, advocates in the District have been humanely trapping unowned, free-roaming cats, having them spayed or neutered by a licensed veterinarian, ear-tipped (the universal indicator of a sterilized community cat), vaccinated against rabies and distemper, and then (following recovery) returned to the location from which they were trapped.

Also contributing to the pushback prompted by the earlier draft was the fact that the one published paper DOEE was using to justify its plans is, as I pointed out to the agency, nothing more than agenda-driven pseudoscience (paid for by American taxpayers).

And now, despite having more than four months to give the subject further consideration, DOEE's rationale (see Chapter 6 of the Plan) makes even less sense.

While the agency insists (without providing evidence) that "free-ranging cats damage bird, mammal, and reptile populations" in the District, the Plan's authors suggest (just three sentences later) that the "actions proposed [...] are administrative in nature with limited practical impact on free-ranging animals."

But, as is the case with so much public policy, administrative actions can have dire consequences for TNR. Funding cuts and restricting TNR to private property -- both of which are being considered by DOEE -- would almost certainly lead to an increase in the number of cats dying at the District's municipal shelter, run by the Washington Humane Society (WHS).

This would mark a troubling reversal, as WHS has made dramatic reductions in recent years thanks to the organization's model TNR program (funded almost entirely from donations and grants from private non-profits).

And if it's really true that such actions would have "limited practical impact on free-ranging animals," then why take any action at all, in the expectation that doing so will mitigate the "damage" caused by these cats?

Either there's a legitimate problem -- justifying actions that will have significant impact -- or there's not.

When asked to reconcile this leap of logic, DOEE director Tommy Wells was less than helpful:

"The wildlife action plan is so much more than about feral cats. Happy to discuss the whole plan. Otherwise it's kind of weird just focusing on feral cats."

It's true that the Plan -- nearly 200 pages in length -- scarcely mentions cats, but again, there's good reason for concern. Besides, is it really too much to expect Wells to explain the contents of a report he signed off on?

Apparently so, as he never responded to my follow-up e-mail.

There's a certain thematic consistency here. Despite assurances that successful implementation of the Plan (as articulated in its preface) depends on "coordinating the goals, plans, and conservation efforts of numerous partners and stakeholders" as well as "public input and participation," it's clear that DOEE ignored, dismissed, and mischaracterized input from key stakeholders.

Authors of the Plan ignored entirely, for example, evidence (provided in written testimony) that TNR can effectively reduce the population of community cats at the colony (for example) and local levels (for example). And although DOEE sought input from numerous "technical committees, including representatives from federal, state, and local agencies; conservation organizations; academic institutions; natural resource-based businesses; and private citizens," WHS was not invited to participate.

And just as DOEE is ignoring key stakeholders, the agency is also ignoring the obvious: the best way to protect the District's wildlife and environment is with more TNR, not less.