WASHINGTON -- As of Friday morning, the notoriously persnickety D.C. Urban Moms and Dads online message board participants are still fighting about chickens.

Specifically, about if keeping backyard chickens makes a person seem poor -- as well as other aspects of the practice, like the spread of bird flu, noise, what happens once the hens stop laying eggs and if it is even legal to keep chickens in different parts of the D.C. suburbs.

Washington City Paper's Will Sommer noticed the squabble on Thursday:

After the first poster asked whether chickens would cause trouble with her neighbors, Urban Moms and Dads suggested delicately that having your own barn animals in the DMV is, how shall we say this gently, déclassé:

"Chickenshit everywhere," said one. "Screams, 'I am poor.'"

The conversation began on Aug. 5 and has been going on for some 12 pages now, with some posters pointing out the well-known benefits of backyard hens -- fresh, cruelty-free eggs; hens eat bugs; kids enjoy chickens -- and others insisting that chickens are inappropriate in the suburbs.

One action-oriented poster described a previous experience with backyard chickens:

I had neighbors with chickens growing up. As a kid, I thought it was cool. Of course my parents & neighbors were livid. They outcasted that family until they finally moved.

The conversation, predictably, has mostly been inconclusive vis-a-vis the issues, while devolving into name-calling and accusations about various posters' relative lack of worldliness. Though one somewhat academic part of the dispute was at least seemingly settled on Friday morning:

And the next post, put up Friday morning around 9:30 a.m., seems wholly dispositive:

Oh my god you people are all monsters.

Here are some folks from the D.C. area who like backyard chickens:

Are Backyard Hens A Good Idea? Online Message Board Posters Have Very Strong Opinions On The Matter 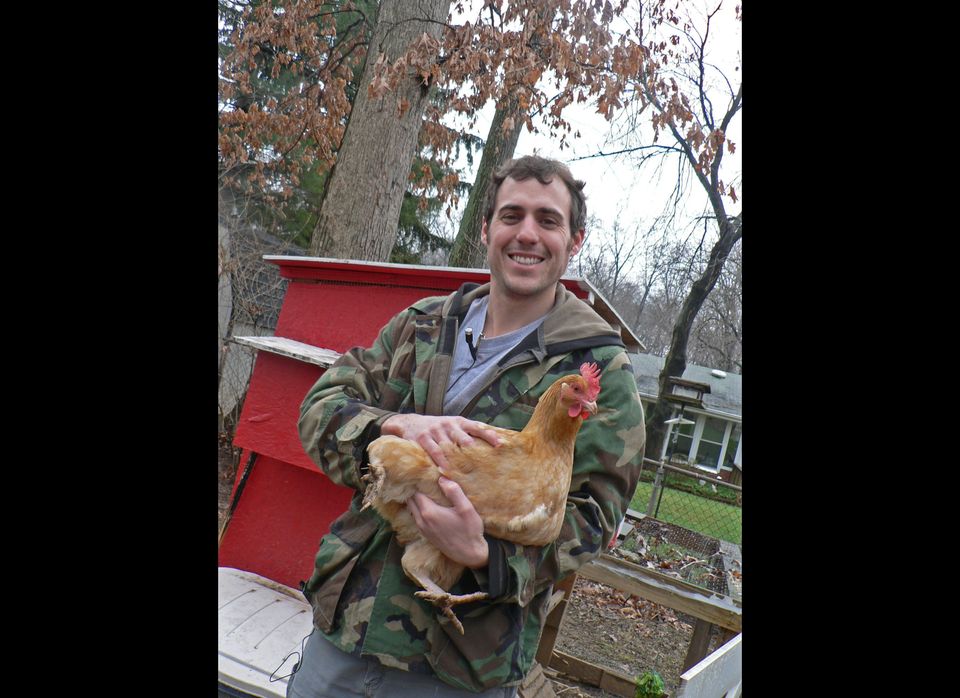 1 / 12
What Kind Of Chickens Do You Have?
<strong>Chad Blevins:</strong> It's a mix between a <a href="http://www.backyardchickens.com/a/buff-orpingtons-chicken-breed-information-pictures" target="_hplink">Buff Orpington</a> and <a href="http://www.backyardchickens.com/products/star" target="_hplink">Red Star</a>. It's 75 percent Red Star, which is a good brown egg producer. And 25 percent Buff Orpington, a breed from England that's good in cold weather. A hardy bird. <strong>Heather Blevins:</strong> We found them on Craigslist.
Arin Greenwood