I'm not attracted to formal religion, but I am drawn to the questions that religion tries to deal with: Where did we come from? Why are we here? Where are we going? Those questions will never be answered in any final way. While you're alive here on earth, you can ignore them or you can try to deal with them. 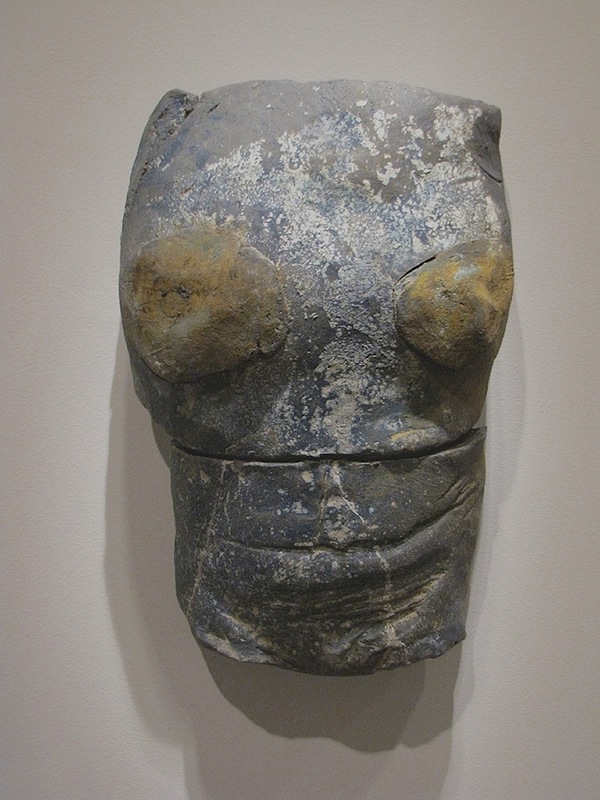 De Staebler is important both as an exemplar of certain postwar trends and as an anomaly, or, to reclaim a regrettably misused word, maverick. As one of Peter Voulkos' graduate students at Berkeley in the 1950s, where Hans Hofmann and others advocated a subjective and intuitive approach to nature, De Staebler was one of the pioneers who made clay the respectable art medium that it is now. Voulkos' and De Staebler's physical, intuitive approach to clay, a three-dimensional analogue to Abstract Expressionist painters' dripping and slathering, is well and comically expressed in De Staebler's account of how he abandoned his early impulse to perfectionism: 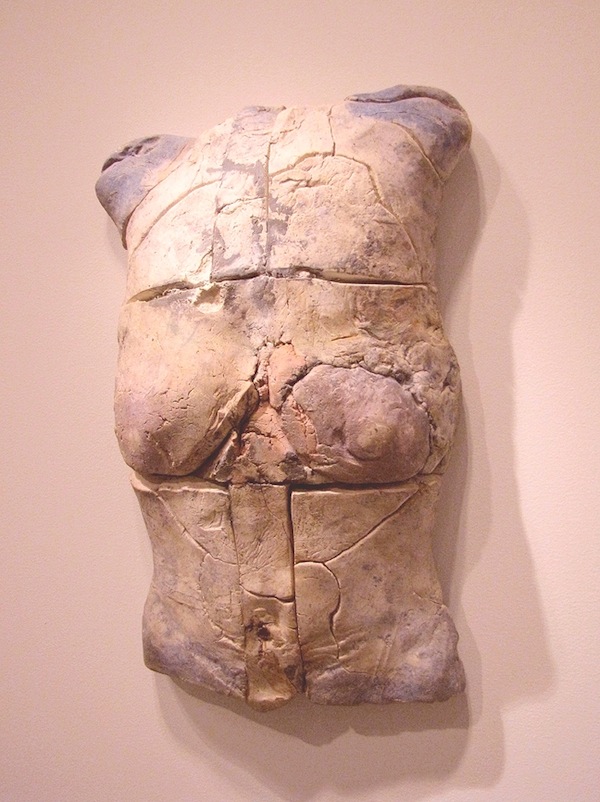 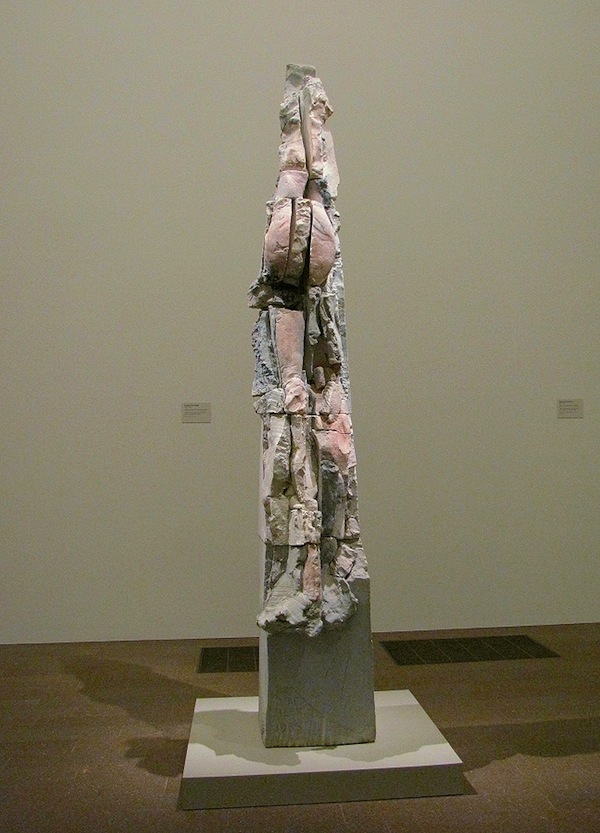 Stephen De Staebler, "Wedged Woman Standing" (1985). Fired clay. Photo by DeWitt Cheng.But if De Staebler's improvisatory technique was cutting-edge, his allegiance to the human figure, or, perhaps, human artifact, in a time dominated by the grail of abstraction (sometimes to the point of dogma), must have seemed contrarian and quixotic at the time. In 1951, the Abstract Expressionist painter Robert Motherwell advised his young Black Mountain College student, then unsophisticated about abstraction, and art (he would eventually major in theology at Princeton), to consider working with children; it was a devastating blow. (Another teacher, the social realist Ben Shahn, was more sympathetic.) 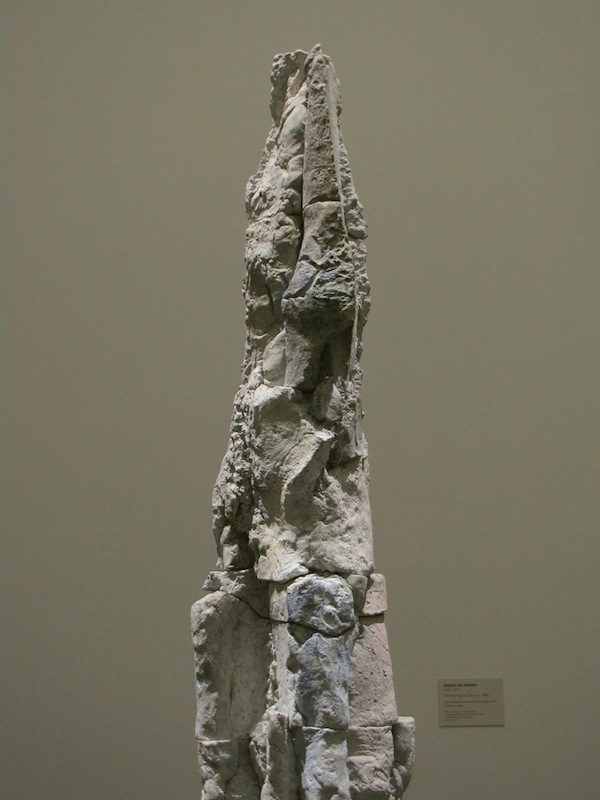 Stephen De Staebler, "Pointing Figure Column" (1985) (detail). Stoneware, porcelain and oxides, Photo by DeWitt Cheng.Although De Staebler once described being intimidated in his youthful "mud-pie production" by the great figurative art of the past, his interest in the monumental, heroic and tragic art of the past remained: "the Michelangelo prisoners and finished figures... the Winged Victory of Samothrace... the Three Graces... from the Parthenon.., these things just never leave me." 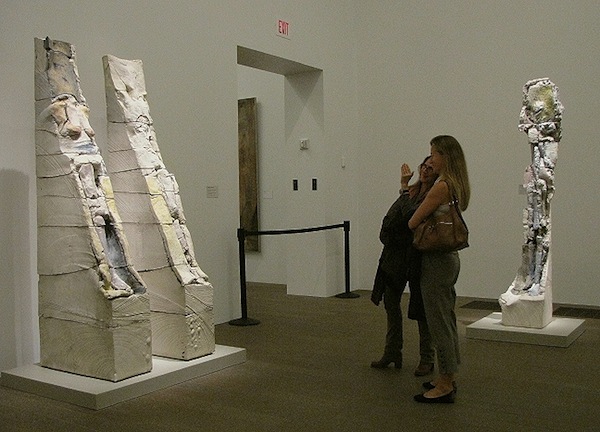 Stephen De Staebler, "Standing Woman" and "Standing Man" (both 1975, at left) Pigmented stoneware and porcelain with surface oxides. Photo by DeWitt Cheng. His description of the Belvedere Torso of Hercules, a Roman copy of a Greek original that Renaissance artists exalted and studied:

...this magnificent twisting torso with no head, no arms, no legs. It just sits there, this gigantic statement of man's endurance.

might stand for his own eroded, shattered fragments of classical statuary, exemplars of the existentialist sensibility that dominated the Cold War 1950s and symbols of heroic endurance. 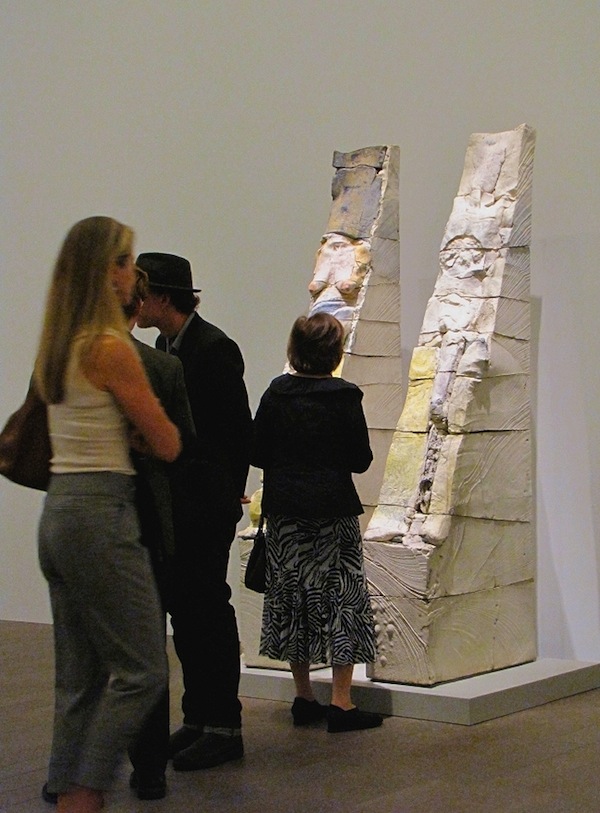 "Standing Figure with Yellow Aura" (1985, at right) Pigmented stoneware with surface oxides. Photo by DeWitt Cheng. De Staebler wrote, about the "boneyard" of ceramic torsos, limbs and heads that he used for what one critic called his "recombinant poetics," -- "Your past work is the truest record of who you are." 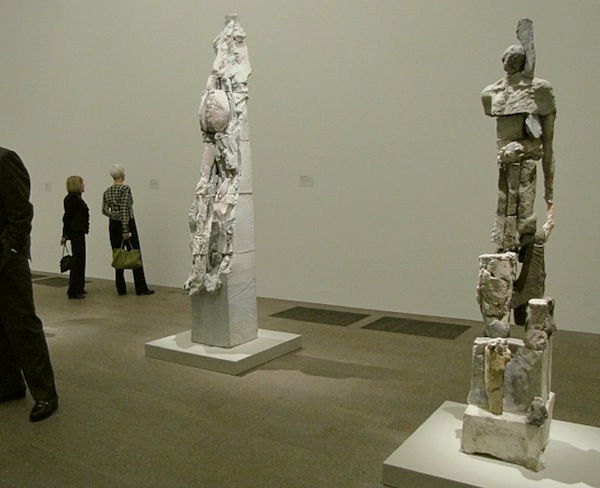 Matter + Spirit reception. He certainly knew Giacometti's statements about the difficulty of capturing human life and personality and the importance of perseverance; one of them comes from a book whose author had previously written about De Staebler: "Just the fact of living requires so much will and so much energy." Matter runs on spirit. 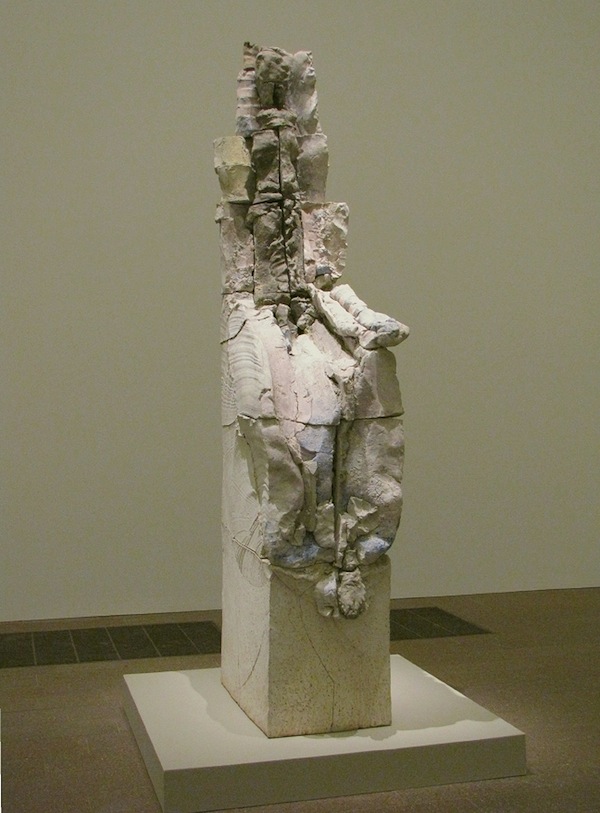 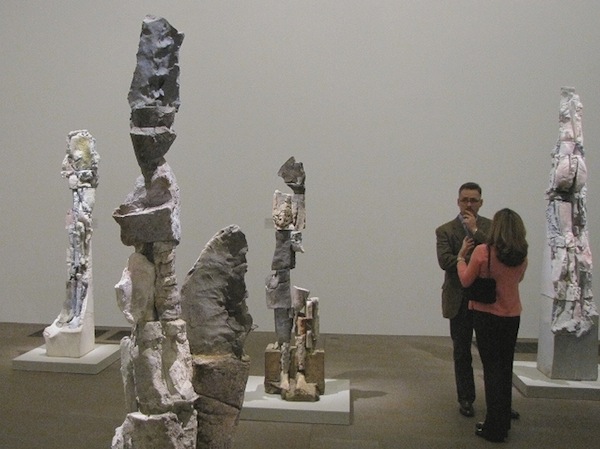