Did someone shoot and kill a Bigfoot in Pennsylvania and then call 911 to say he had proof of the yet-to-be-proven creature?

After confusing reports over the past couple of weeks, it appears this was a case of a story that became mired in rumor and fiction.

Back on May 14, John Winesickle, a resident of Paint Township in Pennsylvania's Somerset County, called 911, claiming to have proof of Bigfoot, according to WTAJ News.

DISPATCHER: "He wants a police officer to come to his residence. He apparently has proof there of Bigfoot."

Winesickle showed some footprints to an investigating officer, who concluded the tracks had been made by a bear (see print image below). 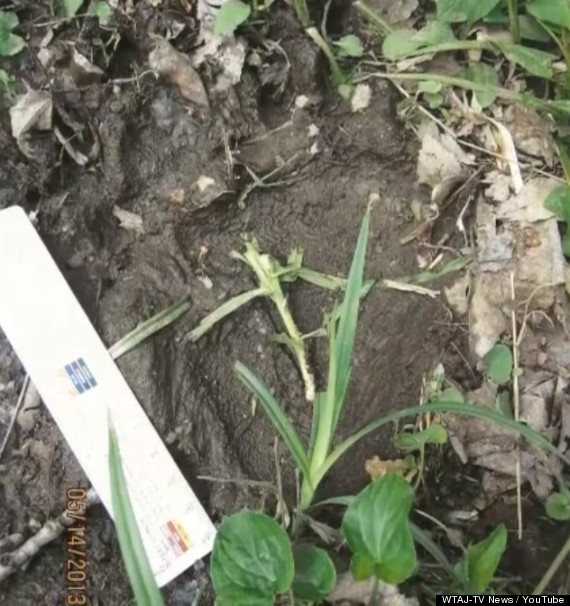 When WTAJ suggested they were bear prints to Winesickle, he adamantly refused to believe it.

"No, no, no. A bear can't go down a steep bank on all twos. That's proven this is a Bigfoot," said Winesickle, who has a collection of footprint pictures that he claims is proof of the existence of the elusive, tall, hairy creature of legend.

Winesickle's 911 call resulted in online rumors that twisted the story around to sound like someone had called in to report they had killed Bigfoot, according to the Daily American.

"There are the conspiracy theorists who say it's a cover-up," said Eric Altman, president of the Pennsylvania Bigfoot Society. "But it was blown completely out of proportion."

Check out the original police report posted by the Pennsylvania Bigfoot Society: 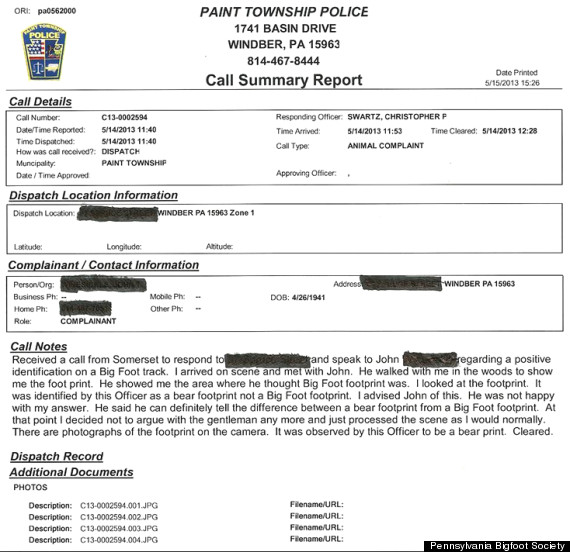 On her Doubtful News site, Sharon Hill notes there was "no Bigfoot, no body, no corroboration of the story. It all falls apart upon examination. But as usual, the Bigfoot blogging community ran ahead with the hyped rumor [of a dead Bigfoot], which turned out to be a bust. That's how these things usually go."

Check out these alleged Bigfoot images: