Animal rights activists are blasting a top-ranked Oklahoma charter school after its students were seen on video using dead cats to act out dance moves, set to the jingle used in commercials for Meow Mix cat food.

The video, originally posted on Facebook but uploaded to YouTube Tuesday by People for the Ethical Treatment of Animals, was filmed last year in a classroom at the Harding Charter Preparatory High School in Oklahoma City.

In the clip, students wearing white jackets hold up the feline corpses and move them in a synchronized routine to the music, while a student in front with another dead cat acts as conductor. No teacher is seen in the video, and it's not clear whether a teacher played any role in producing it.

WARNING: The video above may be disturbing to some viewers.

PETA said the cats were intended for dissection as part of classroom experiments.

Local media including KFOR and NewsOK said officials from the school did not respond to requests for comment, and the school has shut down its Facebook page, which had been active as recently as Monday. PETA also said its letters to the school have gone unanswered.

However, using the Freedom of Information Act, the organization obtained an email exchange between Harding principal Justin Hunt and a state official asking about the incident.

"Most of the students in the video were no longer students here at HCP when I had received the video, so they were not punished," Hunt wrote in the documents, which PETA shared with The Huffington Post.

On its website, the school boasts of its various honors and awards, including an A+ rating from the state's education department and a number one ranking within the state from U.S. News and World Report, which also ranked it 89th in the nation. The Washington Post ranked the school second in the state and 132nd in the nation.

Cynthia Armstrong, the Humane Society's director for Oklahoma, told KFOR she had a high opinion of the school herself -- until now.

“I think it’s really a stain on their reputation and they need to do something to stop this and make sure it doesn’t happen again,” she said.

She told the station that these animals may have been pets.

“If you think of a beloved family pet that you care about that’s ended up being euthanized, then sold to a dealer, and this is how their body is treated, I don’t think anybody would approve of that,” Armstrong was quoted as saying.

PETA said animals such as cats used in classroom dissection experiments may have been lost or stolen pets. The group said a supervisor at one of the nation’s largest suppliers of animals used for dissections told an undercover investigator that some of the cats killed had "escaped" from their homes.

In addition, the group said some shelters sell stray, lost or abandoned dogs and cats to labs, and some are required to release unclaimed animals to labs that ask for them under "pound seizure" laws.

Both PETA and Armstrong of the Humane Society are putting pressure on Harding Charter Preparatory to stop using real animals for dissections. PETA has a petition calling on the school to stop the practice.

Armstrong said the school could switch to plastic models, while PETA said it has software available for schools that wish to use computer models.

The National Science Teachers Association supports animal dissections, but encourages teachers to "be prepared to present an alternative to dissection to students whose views or beliefs make this activity uncomfortable and difficult for them." The National Association of Biology Teachers, however, says "alternatives to dissection have their limitations" and supports using them only as an adjunct and not as a replacement.

In his letter to state officials, Hunt dismissed the idea of using digital dissection tools. 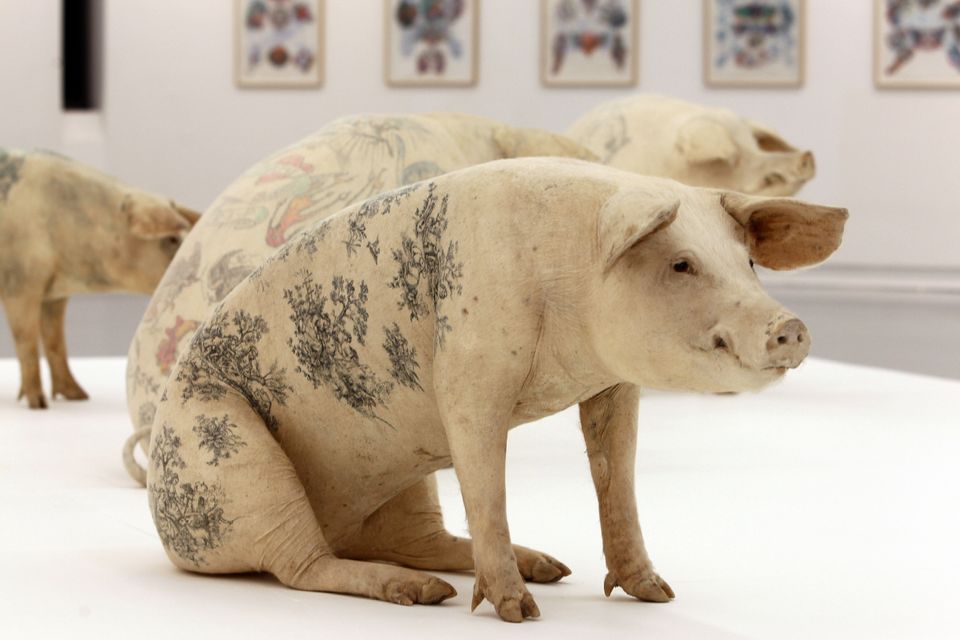