Baltimore residents may have noticed something peculiar about the water in the city's harbor this week -- mainly that it's a milky shade of green and full of dead fish.

Photos of dead fish floating in the Inner Harbor were circulated on social media Thursday as local publications reported that the Maryland Department of the Environment is investigating the source of the bizarre event.

"Looks like the milk in the bottom of my bowl after I eat Lucky Charms," local ABC News investigative reporter Joce Sterman quipped on Twitter. 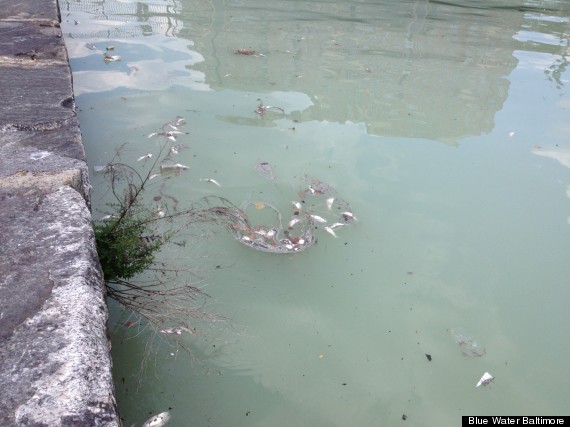 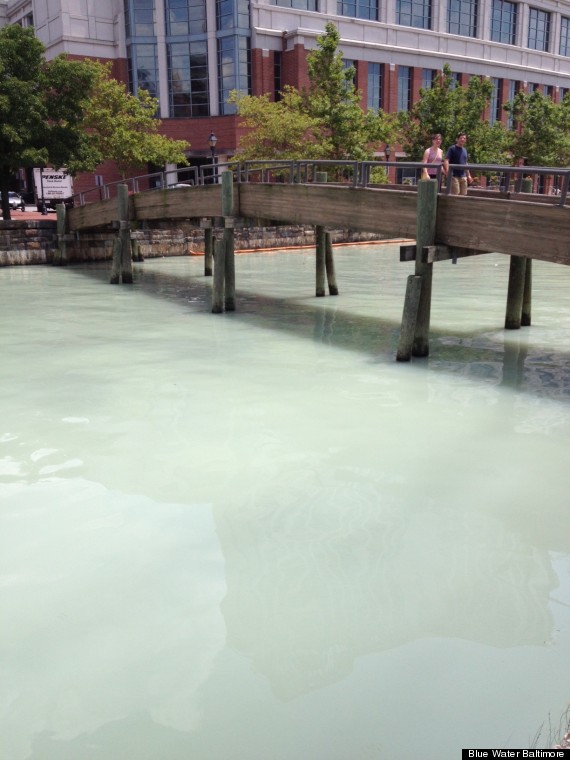 As CBS Local News reports, preliminary tests showed that there was very little oxygen in the harbor's water, which may have been caused by a number of factors, including the East Coast's recent heat wave.

The port's discolored water and dead fish -- estimated to number about 200 -- were concentrated around the point where Jones Falls empties into the Inner Harbor, leading some to speculate that the source came from the stream that runs through parts of Maryland.

Healthy Harbor, a Baltimore-based coalition that seeks to clean up the water, offered an explanation for the harbor water's unusual color.

The Jones Falls is currently experiencing a thermal inversion event. Basically, differences in water temperatures have caused the water at the bottom of the Jones Falls to switch places with the water at the top. This pulls sulfur bacteria up to the surface, which gives the water its milky-green color and produces the sulfur smell. Unfortunately, the water on the bottom of the Harbor also has very low dissolved oxygen, which is what's killing the fish.

Jay Apperson, spokesman for the Maryland Department of the Environment, bolstered Healthy Harbor's explanation by confirming to The Baltimore Sun that preliminary tests indicate a "bloom" of bacteria caused the discoloration.

Environmental authorities will continue to investigate the specific cause of the dead fish in the Inner Harbor.