The Dead Sea scrolls will now be accessible for public viewing, and you don't even need to leave your home to see them.

Orchestrated under the Israel Antiques Authority (IAA) with support from Google, the Leon Levy Dead Sea Scrolls Digital Library is a free, online archive comprised of thousands of high resolution fragments. History, now, is literally brought to the homes of people everywhere, accessible by computer and smart phone.

Psalms scroll in color: a multi-spectral image of a scroll fragment from the book of Psalms. Photograph: Shai Halevi, courtesy of the IAA

"We have succeeded in recruiting the best minds and technological means to preserve this unrivaled cultural heritage treasure which belongs to all of us, so that the public with a touch of the screen will be able to freely access history in its fullest glamour." 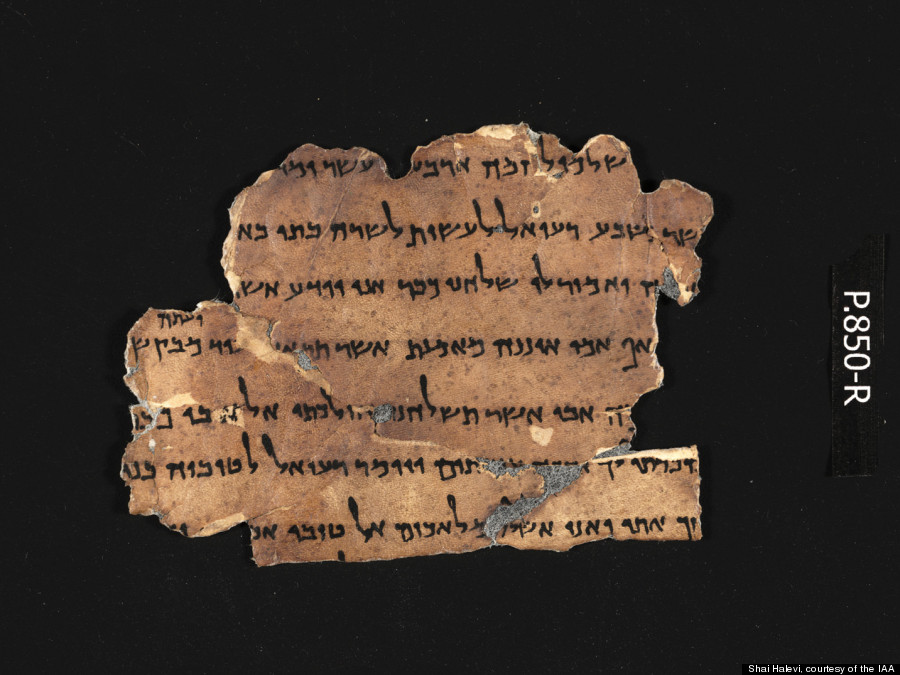 Fragment from the Tobit scroll, an apocryphal text from Second Temple times. Photograph: Shai Halevi, courtesy of the IAA

The first of the scrolls was discovered in 1947 in the West Bank, in what is often called one of the most important archaeological finds in history, and certainly in the 20th century.

IAA's idea for the imaging project came about at the 60th anniversary of the scrolls' discovery in 2007, curator and project head Pnina Shor told The Huffington Post. It soon became a collaborative effort. Former NASA physicist Greg Bearman came on as a consultant; the organization hired a PhD student to develop a monitoring system; and other experts offered their talents to the project to ensure the highest quality images. 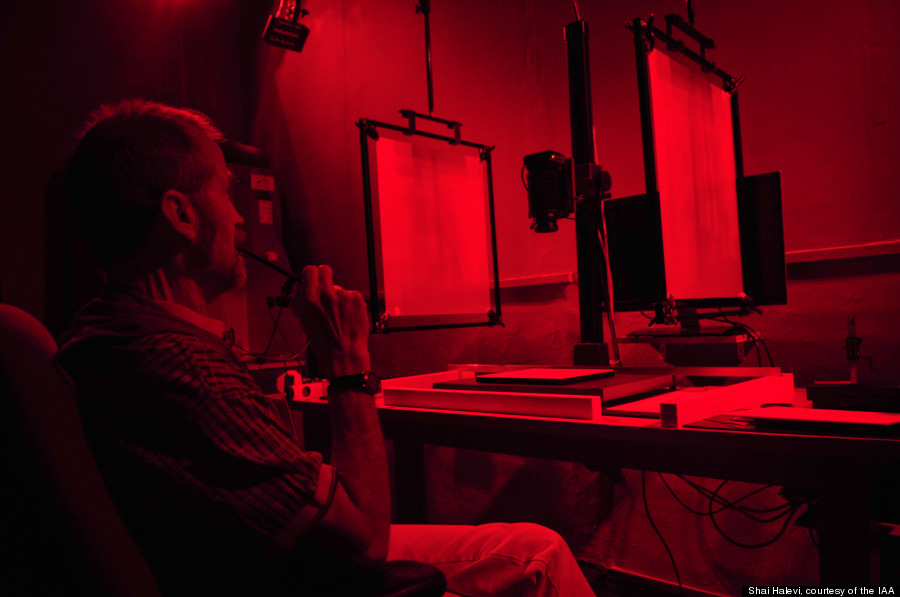 The imaging process, which spans 3 wavelengths in the visible spectrum. Photograph: Shai Halevi, courtesy of the IAA

This is a project of huge proportion, Shor explained to HuffPost. "We are imaging all of the thousands of fragments that comprise over 900 manuscripts all written 2000 years ago when both Judaism and Christianity were formalizing as two of the monotheistic religions." To these thousands of fragments, the team is also adding metadata that includes translations and historical background to the compositions, making this the most comprehensive imaging project ever undertaken with the scrolls. 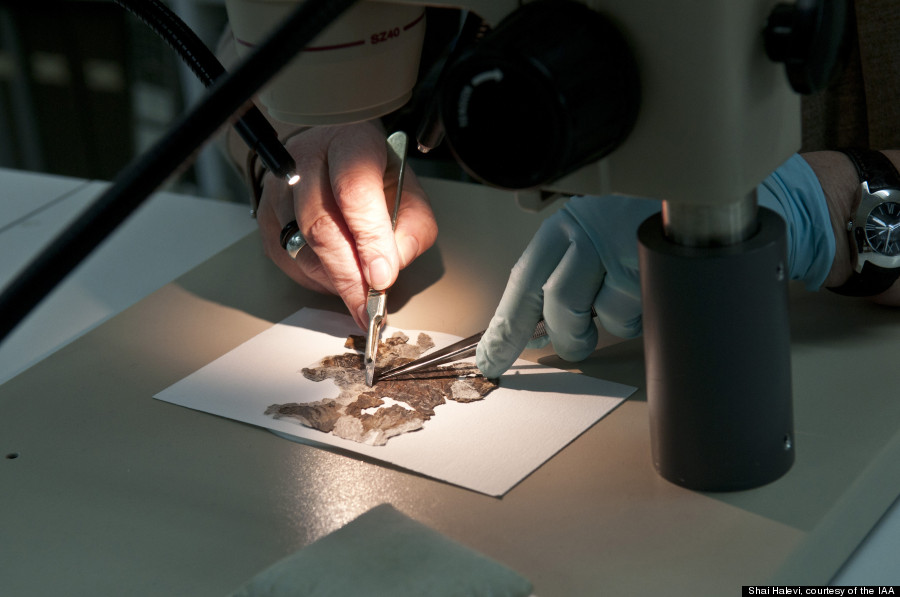 A conservator examining a fragment under a microscope. Photograph: Shai Halevi, courtesy of the IAA

The archive includes fragments written in Greek, Aramaic and other languages; fragments discovered in multiple sites and including Biblical and non-Biblical content. The scroll dates range from the 3rd century BCE to the 1st century CE and include partial or complete segments from every book in the Hebrew Bible, minus the book of Esther. In addition the scrolls contain non-Biblical Jewish religious writings, and are thus considered to be fundamental to an understanding of the development of western religion. 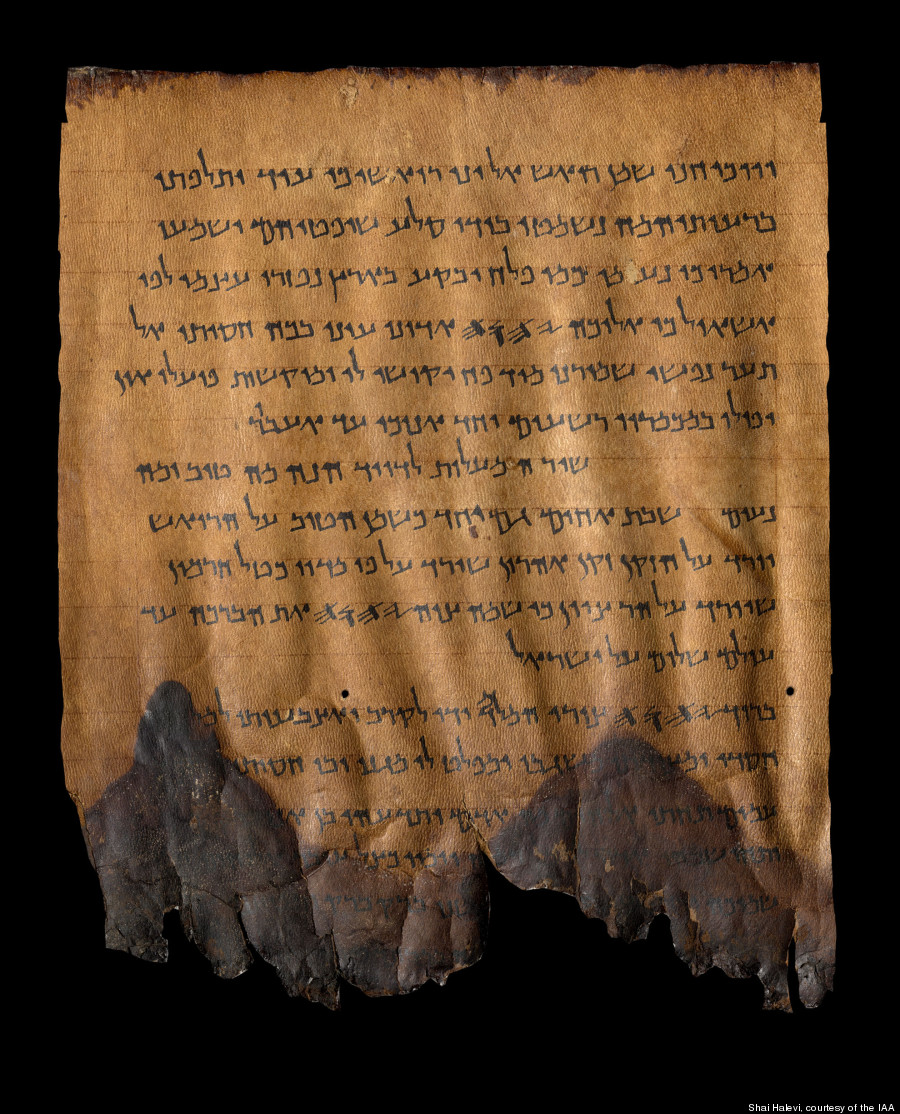 Close up of the same Psalms scroll above. In it you can read the words “Behold how good and how pleasant it is for brethren to dwell together in unity.” Psalms 133:1. Photograph: Shai Halevi, courtesy of the IAA

The digital library "lays bare" a trove of artifacts secured in climate-controlled vaults intended to mimic the conditions of the caves that preserved the scrolls for 2,000 years. The project makes use of a new multispectral imaging system, created specially for the scrolls by Ken Boydston of MegaVision, that allows each fragment to be digitized at the highest possible resolution and in various wavelengths.

Shor expects they will complete the imaging within another two years. As she told HuffPost, "The main aim of the website is open access to the public and scholarly world alike, sharing the knowledge about the scrolls and preserving them for future generations."

CORRECTION: A previous version of this article stated that the scrolls contain a portion of every book of the Hebrew Bible, but the fragments do not include the Book of Esther.