That’s how director David Leitch feels about taking over on “Deadpool 2.” Leitch told HuffPost the “Deadpool” sequel will respect the original film while also allowing him to put his stamp on it—a stamp which you can see in “John Wick” and the director’s thrilling new movie “Atomic Blonde.”

But has Leitch already put his own twist on the “Deadpool” universe?

In a “Deadpool 2” teaser, which aired in theaters before “Logan” earlier this year, an old man is killed while the titular hero struggles to put his costume on in a phone booth (typical superhero problems). However, following the teaser, fans started speculating that the victim wasn’t just any old man: That dude might’ve been Spider-Man’s uncle, Ben Parker.

As evidence, people pointed out everything from how the victim died to the fact that Deadpool gets excited about the Ben & Jerry’s ice cream that lies by the man’s body.

HuffPost asked Leitch what he thought about the theory, and his answer was “interesting.”

“That’s a really interesting question,” said Leitch, coyly. “I think that people should continue to theorize who that old man was.”

“Whoa! What?” I blurted out after the answer.

Spider-Man and Deadpool have a storied history in the comics, so if this was Uncle Ben, and the universes were finally connected, it could open up all kinds of possibilities.

Alas, Leitch didn’t confirm anything (but he definitely didn’t deny it, either). Keep on speculating, people!

During our chat, the director opened up about the stairwell fight sequence in “Atomic Blonde,” which is what you will be talking about after leaving the film, and teased what we can expect in “Deadpool 2.”

The title for your new movie was initially “The Coldest City.” How did that change to “Atomic Blonde”?

I did love the original title, and obviously you always get attached to the material and I thought from the incarnation of what I was doing with the material that “Coldest City” had dual meanings. In the ’80s, the word cold meant cool or hip, and spies are living in a world of lies, and I thought myself real clever, right?

The long and short of it is that the movie that came out on the other end was this Bond, pop culture mashup of, like, aggregating ’80s cool, and the action was delivering to the audience, and we were testing really well, and the studio wanted to release it in a bigger way. They were feeling that there was a better way to brand the end product, and they offered up titles as they do in these types of situations, and “Atomic Blonde” was inspired by one of the executives at Focus who was sort of [going] off the idea of Blondie’s “Atomic.” When we first heard it, everybody started to repeat it and then you realized how catchy it was, and then if you really sat back and thought about what we made [...] it is a mashup. It’s crazy. It’s a wild ride. It’s not your daddy’s Cold War spy movie.

You must get asked a lot about the fight scene in a stairwell. Was that what you envisioned from the beginning or how did it change?

In the original script, before I came on board, it was sort of this ’60s, trench-coaty noir, and the action was not specialized or grounded, and the set pieces were much more simple, but it’s my action background that anytime I get a script I look at that action as a placeholder, and then I know I’m going to expand those set pieces. That’s part of who I am as a filmmaker, in particular the action in the stairwell. I really wanted it to define the movie as a whole in terms of her bigger crisis of not being able to trust anybody — who is she really? Her life living between these three different worlds is insane, and I wanted it to be a dark dose of reality.

Who would win between John Wick and Charlize Theron’s Lorraine?

[Laugh] I will always give the diplomatic answer. I think that they’re badasses in their own right, and it’s kind of funny. They’re both sort of invincible. Just being involved in the choreography of both and the creation of both, it’s like, “C’mon. You know we’re gonna win, right?”

Ryan Reynolds has talked about Deadpool being pansexual in the comics and possibly having a boyfriend in future movies. What are your thoughts, and is this something we could see?

Everything in the Deadpool world is possible. It’s such a crazy universe to play in, but I can’t comment about where we’re gonna go. That’s what’s fun about Deadpool, you really don’t know and you’re willing to ask these questions about him. I think that, right there, says it all. How often do you have a character where you could even have these discussions?

I’m so excited about how people are so into his universe and his world, and I think that says a lot about the character Ryan built. He’s perfect for that role.

“Atomic Blonde” is in theaters Friday. 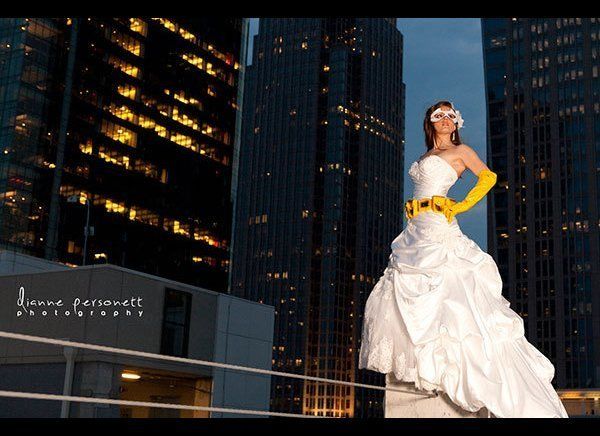