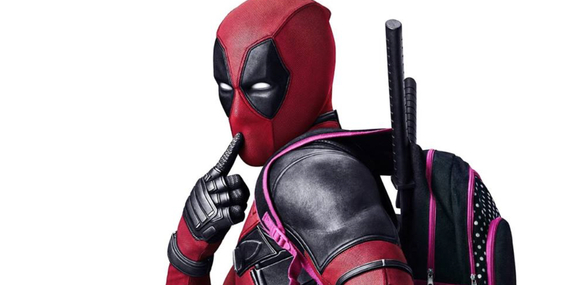 From the moment it was announced, Deadpool has been causing waves of intrigue all over the world. As the months moved closer to its release date, the hype began to spiral out of control with multitudes of TV spots, trailer spots and sexual innuendo out the wazoo.

I've always enjoyed Ryan Reynolds -- he seems to fit an odd sub-group of high paid Hollywood stars that aren't afraid to take risks. I also don't find him particularly attractive; therefore, I was drawn to the idea of Deadpool as something a little different and fun.

Then, it happened. In November last year, Tim Miller (the director) was quoted as saying that Deadpool, or at least this version, was pansexual. This comment sent viewers and the general public ablaze. The forums were alight with the LGBTQ community raising their arms in excitement. Would this see Ryan engage in some man on man action? Who knew! Cut to three days before the movie's release and more comments in the same vein flooded the Internet streams. Reynolds was quoted as saying that in the next movie -- already greenlit -- Deadpool could have a boyfriend -- but it's not up to him. It's not in his hands.

But in reality, what does any of this actually mean?

Having watched the movie at early doors this morning, I can say: Not a lot. This isn't me saying as a gay man I went to watch it expecting hints of said pansexuality (I don't believe the LGBTQ need to be seen as superheroes -- but that's another kettle of fish) but rather, what is the real reason in making such sweeping statements like "Deadpool is pansexual" if you deliver no hint of such in any way at all.

Deadpool is fun. It does what it says on the tin. But the real truth is that it is no more in support of LGBTQ rights and representation than Kanye is about having his asshole fondled.

I struggled to find it. See it. Or feel like it was even there.

I left the movie theatre a little pissed off, which made me more pissed off. Why does this even make me care? Why am I bothered? It was on my short walk home that it seemed pretty clear: Did the studio behind the movie, think that if they made such comments, the audience it would reach would be even wider than it already was?

I know. There is a high possibility that I am grasping at straws -- but we know the power of the imagination, right? Take Star Wars: The Force Awakens. There was no doubt audiences would watch Star Wars. But who's to say that as soon as the FinnPoe rumors went viral, with Oscar Isaac himself fuelling the fire, that a whole extra host of punters made their way to multiplexes to part with their cash, to view a hidden romance created from nowhere but the minds of a public with too much time on their hands.

And this is the problem. Now, I could be wrong. Usually I am about most things. But it seems to be that in saying Deadpool is pansexual is nothing more than a manipulation of audience goers everywhere to pull more cash from the pockets of those who may have been on the fence.

"I had no interest in Deadpool until I heard Ryan Reynolds may have a boyfriend in the next film." Is this sentence really something that is actually that far-fetched?

In reality, whatever his sexuality is, it doesn't matter. The movie will do well and people will go. So why do it at all? That's the question. Is Hollywood really too afraid to make movies with actual LGBTQ characters as the heroes? Or are they playing and feeding into a darker side of homosexuality that still exits: Lusting Over What We Can't Have.

There is nothing in the Deadpool movie that confirms these statements. There is nothing to deny it either, but in those 90 minutes it was clear he went one way only.
"Why does this matter, you grumpy gay man?" I hear you cry! I'm annoyed because I didn't even care about Deadpool being pansexual -- but everyone made it a big deal, so I did. Now, I feel misled.

Being any form of LGBTQ is not a switch we can turn on and off when we feel like it. Making movies that promote their lead characters as such (when in fact, they aren't) is damaging and disappointing. Lastly, hinting at something as complex as sexuality to do nothing more than sell tickets (which is what it looks like) is odd and manipulative.

If you're going to do it, then commit. Otherwise all you're doing is telling the world that sexuality is a choice, when in fact, it couldn't be farther from it.