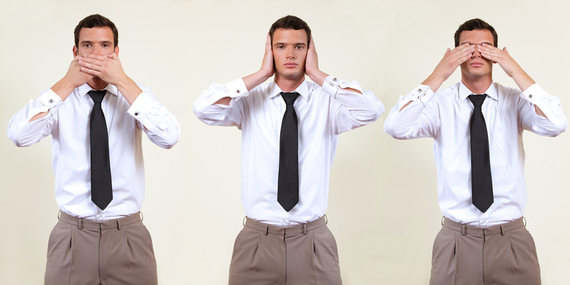 The business value of gender diversity at the leadership level has been validated over and over. Joseph Keefe (CEO of Pax World Investments) has said that it is so settled that we no longer need to talk about it. If the value of gender diversity is so clear, then why is the pace of seeing it in business leadership so slow? For example, why are women 45% of the S&P 500 workforce but just 19.2% of S&P board members?

I was recently on a panel with a man who reported that the business case was news to him. He felt he had been enlightened. This proves (a) there still are men who haven't heard the data, and (b) hearing it sometimes works. But apparently not often enough.

Why might the message about the value of diversity not be heard? Why might leaders hear it but not buy it? Why do men who do buy it not take effective action? These are not rhetorical questions. I want your thoughts. Here are ideas I have considered:
• How we say it can shut men down. If we are angry or if we blame and shame men, it is natural that we may create more defensiveness than enlightenment.
• The business value is conceptual or abstract. They don't observe real-world examples.
• It's about someone else - not them. Men may not see the personal value - the WIIFM ("what's in it for me?"). Men may observe the application of privilege, gender stereotypes, or gender bias. But these things don't affect men as much. So there is less urgency about taking action.
• Gender bias, conscious or unconscious, is in the way. This can show up overtly - like the man who recently told a colleague that business women in general are simply not as capable or prepared as men. (Really? In 2016!) More often it is unconscious, a blind spot. It shows up, for example, in the form of someone judging a woman negatively for an action that is acceptable in men (the "double bind") or disregarding a woman's qualifications for a position because she does not "fit the picture" ("unconscious images").
• They don't know what to do. Many men actually buy the business case for gender diversity and want or even champion it. But they don't know where to begin or what works or doesn't work. (I like this idea best. Let me help!)

Despite Keefe's point, we do need to keep talking about it - in a way that can be heard and translated into action. We need to break through the reasons men either do not hear or do not believe the business case - and the reasons those who believe it still aren't taking effective actions to see gender diversity in business leadership.