On September 5 and 6, 2015, a group of Americans marched on the White House to advocate for their rights. Marginalized and generally silenced within mainstream society, members of the Deaf community stood together at the Deaf Protest in Washington, DC to make their voices heard loud and clear. A large banner held by those at the front of the march explained to onlookers what they were witnessing: "Deaf Protest on Jobs. 75% of Deaf are not working in USA."

The Deaf Protest march was intended to raise awareness about the discrimination, high rates of unemployment, civil rights violations, and lack of communication access that deaf people endure on a daily basis. Frustrated by his own experience trying to find a job, protest organizer Charlton Lachase decided it was time to take action. Although Lachase is educated and qualified, he is deaf and has low-vision, so he says prejudiced employers would rather not hire him.

"Deaf people are discriminated against regularly," he explained. "And we just put up with it. We're not getting the services we deserve and we need to speak out."

There are millions of deaf Americans who struggle from the time they are children just to access the world around them and more than 500,000 deaf individuals who use ASL as their primary language. Because English is challenging to learn, especially for those who cannot hear it, deaf people find the odds stacked against them. Even deaf people who work hard to excel in school and obtain a degree or certification face discrimination in the hiring process. Take the recent case of Kelly Osborne, a qualified plasma center technician whose conditional job offer was rescinded after her employer realized they would need to make a few adjustments to the workflow to accommodate a deaf employee.

Misconceptions about deafness and inadequate cultural competency training serve as barriers to employment. Organizations claim to encourage diversity, while at the same time denying career opportunities for qualified individuals. These businesses use diversity as a buzzword without ever considering the infrastructure that is necessary to support employees with a variety of skills and needs. 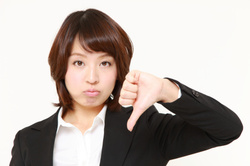 It is well known in the Deaf community that a person's best chance of being considered for a job is to bring their own interpreter for the interview-- even though the Americans with Disabilities Act (ADA) legally requires hiring entities to cover this cost. Sadly, instead of organizations accommodating the needs of a diverse workforce, deaf individuals have to accommodate for discriminatory hiring practices. Then if they do get hired, after paying for their own interpreter, deaf individuals often continue to encounter both overt and subtle workplace discrimination. They are left out of meetings, discussions, and social events. There is little support or opportunity for advancement.

Deaf people want to work and they deserve to feel successful. They are tired of enduring the same oppressive practices that the ADA was supposed to protect against. More than 1500 people turned out for the Deaf Protest to make themselves seen and heard. Not because they expected a major victory, but because they are tired of sitting idly while their community struggles for the basic right to gainful employment.

The spirited Deaf Protest went on for two days-- but where were the reporters and TV cameras? Lachase contacted several news outlets to cover the Deaf Protest, but the mainstream media decided that a civil rights rally happening right in our nation's capital was not newsworthy. While major networks simply ignored the march, passing up a great opportunity to support a growing movement, DeafNation did an incredible job documenting the Deaf Protest on social media. A short documentary about the experience can be found on the DeafNation website. In the video, deaf people share their powerful stories of oppression, demand equal opportunities, and call upon the rest of America to fight for true equality. 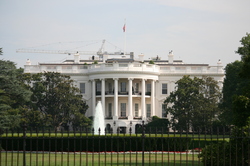 "People were very motivated and helpful," reported Joel Barish, host of "No Barriers with Joel Barish" on DeafNation. Barish added that he was excited to take part in the march and document the experience, saying, "at least we made some noise in DC."

Justice and inclusivity remain at the center of our current national dialogue; now we need to turn all that talk into action. Minority groups across the spectrum are battling for equality in both a social and legal sense. The success of movements such as marriage equality reflect the changing tides of public opinion.

"I think that what it comes down to is visibility," said Lachase. "The deaf community needs exposure. We need to use social media and get out in the streets. We are looking to do another protest in March or April and we hope to see our numbers grow."

Let us be fueled by the passion that burns within our community! The time is right for deaf/ HoH individuals and deaf allies to bring national attention to the shameful employment gap that keeps the Deaf community in a state of social and economic poverty. Let's encourage one another to keep moving forward, again and again, until we break through those barriers of institutional oppression together.