Love, they say, is in the eyes. In Rosie's case, it also takes the form of a slobbery kiss from time to time.

Rosie, a deaf pit bull mix, has spent the last three months in the Central Nebraska Humane Society, hoping for a new owner. In a sign that some things are just meant to be, Rosie was recently adopted by Cindy Koch -- a woman who also happens to be deaf.

When Rosie first arrived at the shelter, workers couldn't figure out why she wouldn't respond to them, reports Central Nebraska News. That's when shelter volunteer, Tracie Pfeifle, realized Rosie couldn't hear them, and set out to teach the 3-year-old dog sign language.

Volunteer Tracie with deaf dog Rosie! Another worthy cause donate with #GoBigGive pic.twitter.com/LlFxmy22j2

"[Rosie] was pretty scared at first. I don't think she had a good first four years of her life," Pfeifle recalled in an interview with New York Daily News. But after learning a few signs, including a thumbs-up for "good girl," Pfeifle says the dog transformed into a totally different animal.

"It was just amazing to watch her just blossom into a dog, I don't think she knew how to be a dog," Pfeifle added to KCTV5.

Despite Rosie's progress, however, she still needed a new owner. That came in the form of Koch who has always wanted a deaf dog.

Why? "Because I'm deaf and we want to relate to her, and understand how she feels -- want to communicate with her through signing, teach her signing," Koch explained to KCTV5, as Rosie snuggled in her lap.

Judging by the glances exchanged by Rosie and her new owner, the two are going to be best buds for a long time to come.

Watch the story, above, and more on Rosie's training, below:

PHOTO GALLERY
When Pets Save Their Owner&#039;s Lives 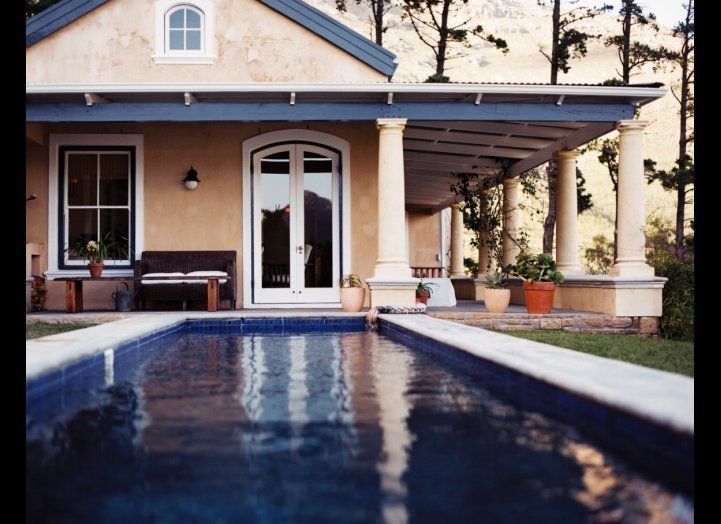 1 / 13
Dog Rescues Drowning Woman
After breaking her neck in a backyard pool diving accident, Rebecca Northern was numb and fighting to stay conscious when her Jack Russell terrier Selena came to her rescue. <a href="http://www.lifewithdogs.tv/2010/09/hero-dog-saves-owner-from-drowning/" target="_hplink">Northern said</a> that the little terrier wedged herself under her owner's shoulder and swam her to the shallow end of the pool. Selena then helped Northern get out of the pool entirely. When Northern's mother returned home shortly after, she was rushed to a local hospital. Watch the <a href="http://www.lifewithdogs.tv/2010/09/hero-dog-saves-owner-from-drowning/" target="_hplink">full video here</a>.
Thinkstock