When Jim, a 25-year-old transgender man, was refused hormones in a men's prison, and when Bianca, a 19-year-old transgender woman, was kicked out of her public high school because of her gender identity, each called Dean Spade. It was in the early days of the Sylvia Rivera Law Project (SRLP) -- a nonprofit providing free legal services to transgender, intersex, and gender nonconforming people, founded by Spade in 2002 -- and SRLP's headquarters comprised just one desk and a phone housed within a larger poverty law organization. At the time, Spade had no idea how many people who would call SRLP for help, or the gravity and complexity of the problems at hand.

From the stories of those seeking legal aid through SRLP, Spade, a transgender attorney, educator, and activist, began to understand racism, xenophobia, ableism, sexism, transphobia, and homophobia as systemically structured into the systems we rely on.

"My clients did not fit into gendered administrative systems, and they paid the price in exclusion, violence, and death," he writes in his new book, Normal Life. "Most had no hope of finding legal employment because of the bias and violence they faced, and therefore turned to a combination of public benefits and criminalized work -- often in the sex trade -- in order to survive. This meant constant exposure to the criminal punishment system, where they were inevitably locked into gender segregated facilities that placed them according to birth gender and exposed them to further violence."

Normal Life, published in late 2011 by South End Press, is Spade's call for a reconsideration of our demands as gender nonconforming people, a rethinking of desires for inclusion in marriage, the military, the Census, and the police force. Spade argues that by fighting for acceptance in these institutions, the power of those systems is enhanced -- the very systems designed to marginalize the most vulnerable members of the transgender community, low-income people, and people of color.

"Trans politics should not follow the gay and lesbian rights path," said Spade in an interview with me. "We should absolutely not follow their model; they've fallen into all the traps. They bought into pro-military, pro-criminalization, and pro 'family' values, which inherently alienates the most vulnerable people in the gay and lesbian community."

As an alternative, Spade's book suggests other outlets for our activism, including supporting transgender people incarcerated right now, engaging in activism to get those people out, dismantling systems that don't work, decriminalizing sex work, and stopping local law enforcement from working as immigration officers.

"How can we get people the things that they need? That's really the question here," he said. "How can we build real safety in communities and achieve universal access to material well being?" 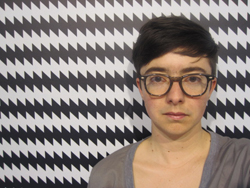 Spade advocates for the mobilization of large groups, rather than elite, professionalized, nonprofitized social change.

"When two white, corporate gay people want to get married, that story is lifted up by the gay and lesbian rights organizations and the media as a quest for justice and liberation," he said. "As trans people, we have the opportunity to frame our social justice movements as trickle-up justice rather than trickle-down. Truly, giving a white, privileged transgender person the right to use the university bathroom of their choice will not solve the problems for the transgender person in prison who's under much worse distress. We need to make sure that our work continues to focus on those who are most vulnerable to the worst manifestations of transphobia."

His hope is that the book will serve as a readable tool for trans activists involved in any social movement who might be asking the question, "We got that law passed, so why didn't we see the changes we were hoping to see?"

"The book asks: how can we create systemic, transformative change?" said Spade. "Are we just trying to get the law to say good things about us? If we want to really relieve the conditions that are killing trans people, we have to work towards mass mobilization and deeply rooted change, not just a changing of the window dressing."

Throughout Normal Life, Spade successfully uses examples of the concepts he introduces rather than academic analysis. The book is an engaging, smart, and convincing call to justice. His suggestion to cast off the desire to conform in exchange for real, rooted change is radical and refreshing.

"I hope it's readable for a broad audience," said Spade, who got his start writing 'zines in the '90s. "It was incredibly cathartic for me to write things in 'zines without adjusting them to fit into professional or commercial publications -- it still is."

Normal Life is an essential, comprehensive work for trans activists. And for those outside the gender nonconforming community, Spade's work can be viewed as trans-law case study of a burgeoning social justice movement that has yet to take on the compromising hues of assimilation.

"Somebody I know gave it to their mom to read," said Spade. "That made me excited about the book's possibilities."

This piece was originally published on Wild Gender.