The past two months have been a whirlwind for DeAndre Yedlin, with the World Cup catapulting his name into a new stratosphere and the subsequent transfer speculation taking over his world.

So it stands to reason that Yedlin would feel some sense of relief after completing a transfer move to Tottenham that he considers the end of his latest dream.

Yedlin finalized a $3.5 million transfer to English Premier League side Tottenham, and in an exclusive interview with Goal USA, the young U.S. national team defender expressed both elation and relief of joining a major European club in January.

“I always hoped and dreamed that this would happen, but I never expected it to happen this soon,” Yedlin told Goal USA, referring to the rapid rise that has seen him go from college player to pro to World Cup player to multi-million dollar transfer signing in less than two years.

“Its all been kind of crazy and there’s never really been time to look back. It’s one of those things you just have to take whatever comes at you and move on to the next thing.”

The next thing for Yedlin will be joining Tottenham, where the battle for minutes will be fierce and may require him to go out on loan to start out his contract. The 21-year-old Yedlin is excited for the challenge, even though he knows it will easily be the toughest of his young career.

“The Premier League is one of the top leagues in the world and I’m a guy that likes to challenge myself, so just to be able to practice against those type of players and play against them every weekend is a dream come true,” Yedlin said. “I think every player aspires to challenge themselves against the very best and that’s what I’m hoping to do.”

Yedlin admitted to not being sure about a move to Europe upon his return from the World Cup, but as the list of interested European clubs began to grow, and Yedlin had time to reflect on his success in Brazil, he grew more and more confident about being able to take the next step.

“Did I have any doubts when I first came back (from the World Cup)? I think when I first came back because where I am right now is back home, so I’m comfortable,” Yedlin said. “But I think it’s a good time to step out of my comfort zone and challenge myself on a different scale and that’s what I’m looking to do at Tottenham.”

Yedlin will finish out the 2014 MLS season. While he is eager to begin his European adventure, Yedlin is careful to point out that he badly wants to leave his hometown team as a champion.

“Obviously any time you hear a team of that caliber is interested you’re going to be excited,” Yedlin said. “When it got more realistic you definitely have to think about things. It’s a big move, but I feel like I’m ready for it. But it won’t change my focus for Seattle for the rest of the season. My main goal right now is still to win the MLS Cup.”

Currently playing in only his second year as a professional after leaving the University of Akron as a sophomore, Yedlin turned heads at the World Cup by displaying blazing speed and fearlessness, as well as a willingness to go at defenders. His play sparked interest from clubs like Roma and Tottenham, while also giving Yedlin the belief he could play at a higher level.

“The World Cup gives me that confidence that I can hang with these guys,” Yedlin told Goal USA. “It’s not easy by any means. I have to be focused and just really believe in myself, but I know that I can do it so that’s the most important thing.”

Yedlin will be joining the same Tottenham club that his current Sounders teammate Clint Dempsey left a year ago. The young right back has discussed the move at length with Dempsey, who has made it clear what will be awaiting him when he makes the move overseas.

“He told me it’s a whole different world over there. Mentally you have to be tougher than you have to be here so I’m preparing for that,” Yedlin said. “It’s a fight everyday. Just the whole feel of it is a bit more intense and serious so I have to be ready for that.”

Yedlin already has started to feel the added pressure that comes with having his profile raised by the World Cup and impending transfer. On Thursday, he left Portland after the MLS All-Star game sporting a hooded sweatshirt and sunglasses in an effort to hide himself as he flew out to London to complete his transfer.

Needless to say, Yedlin is glad the transfer saga is over so he can focus only on playing.

DeAndre Yedlin Heads To Tottenham: 'I Always Hopes And Dreamed That This Would Happen'
MLS Stars vs. Bayern Münich 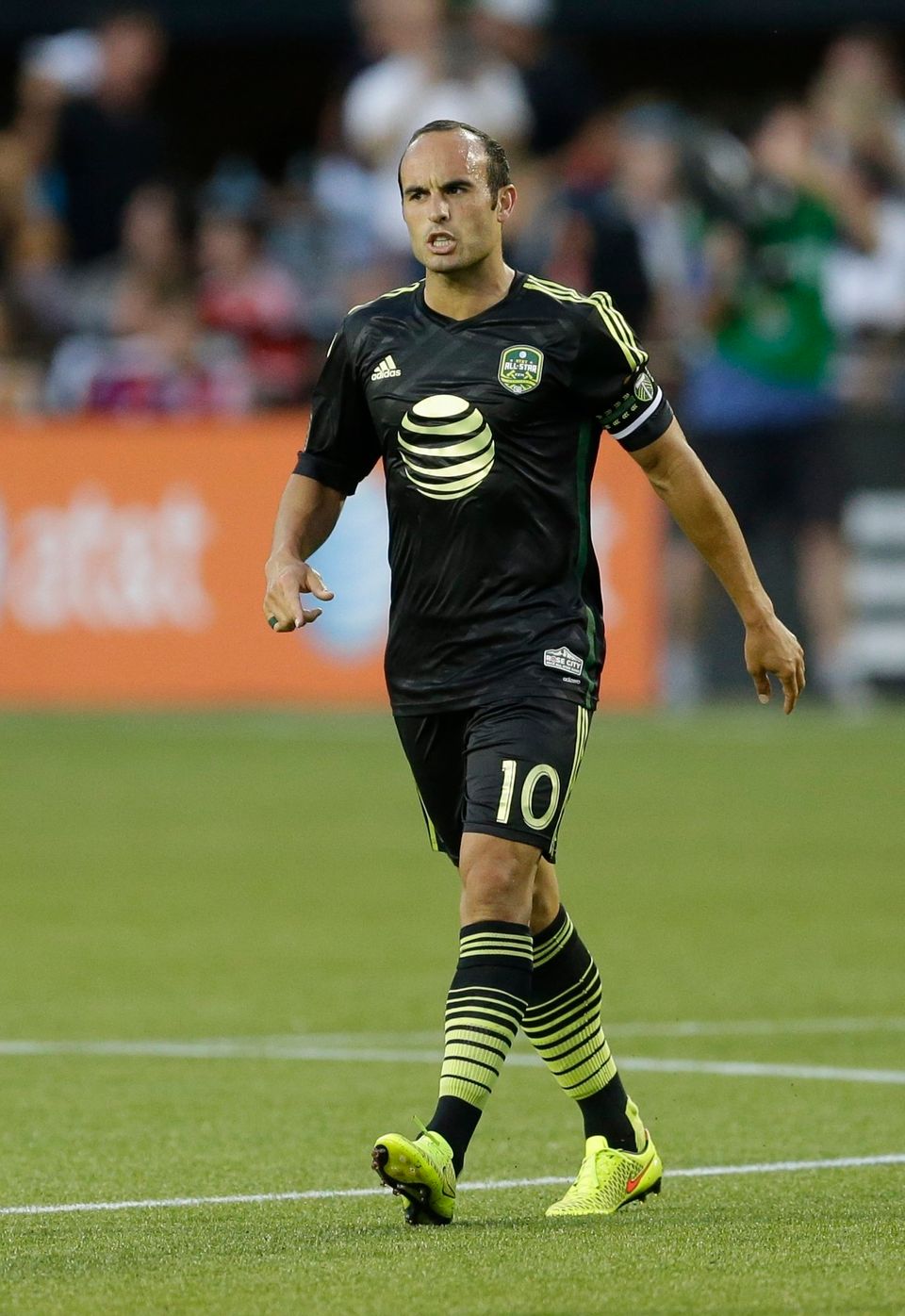