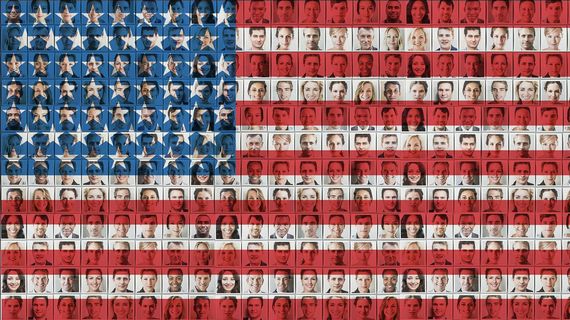 Today, November 9, 2016, we turn our backs on the most divisive and vicious elections in American history. We now live in an America that is on the frontier of transformative change, just like the America of the Civil War, divided between those who are holding onto the racially monolithic and patriarchal past and those who are marching into the diversity that America is becoming. In the past year, we have witnessed the very public attacks on America's visibly growing diversity--against the humanity of women, immigrants, LGBTs, the physically challenged, Muslims, and others--so frequently and palpably that many of us were numbed by disbelief. The incessant onslaught of hate was so desensitizing that many were silenced into confusion and inaction, not knowing whom to believe or what to do. Such is the power of demagoguery--it gets too, too dark, one begins to doubt a spark of reason.

A dark time in the American soul, the past year is a hideous reminder of how this land was carved on dead bodies of millions of natives; and how hate towards "the other" is very much alive in the heart of many who are not willing to give up white patriarchal privilege for diversity, but instead resorts to normalization of age-old tribal bigotry and misogyny. We learned in the past year that nothing could sway them from their Demagogue, not his public display of vile sexism, not his racist statements, not his mockery of Americans whom he finds lesser than he is. The election was clearly never about policies that would heal our racial divide and offer hope to the #BlackLivesMatter movement and make America greater. Instead, what we saw was an undeniable chorus of #AllLivesMatter and "one people under one God," the rallying cry of bigoted folks who feel they are losing their piece of the great white way. The Demagogue espoused a mythology of a white American destitute to feed this illusion that our government has failed them, and orchestrated repeated scapegoating of "the other" for their alleged disenfranchisement, be they Mexicans or Muslims, directing his rhetoric at the heart of diversity that is sweeping the country.

As noisy and confusing as it was, we managed to hear the voice of reason in the echo chamber of insanity. The Demagogue's mostly white supporters were foiled by progressives that ushered in the browning of America with their votes. Although we won't see the full face of the new America until three decades from now, the transformation has already begun. The imminent change unhooded millions of Obama-haters who couldn't believe that the great white way could produce a black President much less keep him in the oval office for eight years. It unhooded and energized Klan members and other far-right bigots numbering in millions when their concerns became the centerpiece of the Demagogue's hate rhetoric.

Indeed, the marriage between the Demagogue and legions of bigots was sealed as soon as he called for the deportation of 11 million undocumented immigrants, as if he, a proponent of racial profiling, could tell the difference between a documented and an undocumented immigrant. I am one of those documented American immigrants who believe that the only cogent solution to the immigration issue is a path to citizenship, not deportation, and that our documented status in the country is not a card to brandish upon those who are not in the same boat. Undocumented immigrants pay billions in taxes, perhaps more than the Demagogue, and work hours at low-wage jobs that many Americans would prefer unemployment benefits over. They have children born in America and raised in households of both documented and undocumented that grapple with the possibility of separation. The demagogue would have deported them all while he built an "impenetrable, physical wall" so the likes of them would never be seen again in America.

"Build that wall, build that wall," his followers chanted aloud, awakening ghosts of history. In 1882, similar xenophobic sentiments paved way to the enactment of the Chinese Exclusion Act. Chinese workers were accused of taking jobs away from white folks, so they were barred from coming to the country. In 1954, Eisenhower enforced Operation Wetback, also against Mexicans, the inspiration for the Demagogue's deportation plan.

If there is anything we have learned in American history, no hoods of injustice has stopped the forward march of diversity. 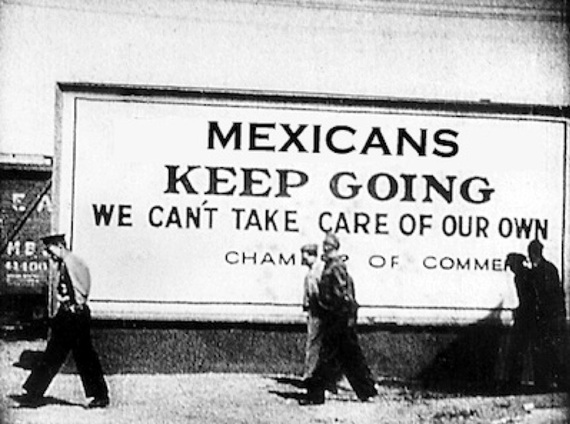 The March Goes On

For those lacking the ability to analyze the complexity of global issues, the wall could very well be a metaphor for the Demagogue's Muslim ban. In the insular mind of many Americans, global terrorism could be mathematically simplified into an equation: over one billion Muslims equals ISIS. In other words, because tens of thousands of ISIS members subscribe to a certain version of the Muslim faith, then all Muslims must be terrorists. In a country with a diminishing white Christian population, adding Muslims to a blacklist of "the other" was a matter of survival. The Demagogue was quick to acknowledge their fears by simplifying complex issues of global terrorism and finding easy targets for blame. As a son of a World War 2 concentration camp survivor, I was worried for the return of internment camps in the U.S. Many Americans are disconnected from historical truths and may not know about Executive Order 9066 that forced all people of Japanese descent into internment camps from 1942-1946. Internment camps in this era may seem implausible, but many of us live in a bubble, so far removed from wars, the fear that creates wars, the propaganda that elevates it and the aftermath of horror, because the wars we see in movies eventually end and the wars we read about in social media are easily swiped away.

It doesn't take much to unravel our world. Who would have seen the rise of a demagogue in 2016? Who would have imagined a presidential candidate running on a "law and order" ticket threatening to jail his opponent if he won? Who would have known that millions of Americans would be unhinged by the country's march into diversity? No one would have foreseen the diatribe of hate that played in the public arena with each of us on the defense for what we believe democracy should be. Who would have known sexism and bigotry would be so public a sentiment, it turned into millions of votes?

And fear feeds hate like no other. In a patriarchal society, what is more frightening for its surrogates than a woman running for the country's highest office? Almost a hundred years after women earned the right to vote, a woman swam against a tsunami of sexism and misogyny. Because most people had never seen a woman aim as high as Hillary Clinton, it was difficult to comprehend the tenacity and determination it took to break through the glass ceiling of glass ceilings. Thus, in the spirit of the American witchhunt, millions joined the Demagogue in the accusation and public shaming of the first woman to challenge America's highest patriarchal order by parading past wrongs of her husband and by relentlessly demonizing her. Many of us who have faced similar challenges from powers that be saw ourselves in her fight. Her thirty years of experience in public service and being claimed as the most qualified presidential candidate was diminished because she was a woman. We put ourselves in her shoes during the debates as the Demagogue lurked behind her with one sound byte of accusation after another. We became the woman and the mother who was painted as an enabler of her husband's infidelities, with complete disregard for what it takes to not be another divorce statistic. Amid the chants of hate and condemnation, we heard her mention each of us in the great America she wanted to make stronger, not in disunity that the Demagogue had pandered, but together as only a country as diverse as ours could afford.

Today, November 9, 2016, history is made. From the shadow of Barack Obama, the first black president rises Hillary Rodham Clinton, the first woman president of the great United States. As millennials already knew, systemic change is much needed in this country, but we can't effect change without the diversity of Americans that will bring it forth. We came together to banish the politics of hate from the free world in order to face one truth about the America of today and the future: diversity is here to stay.

From the future, for our future,