Hillary Clinton has found your Achilles' heel. This is a good thing, because now you can transform weakness into strength. She portrays herself as the only Democratic candidate who could "get things done." This resonates with pragmatic liberals who think you have a great program but cannot get it enacted. The concern has also been an unspoken murmur in many of your supporters' minds. And I suspect that your limited support among African-Americans is partly because their collective experience 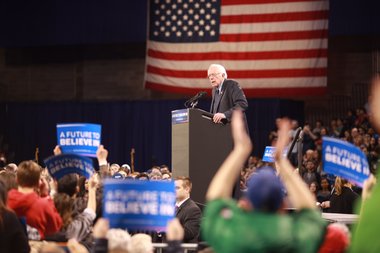 makes them leery of idealists who underestimate the strength, determination, and — when needed — ruthlessness of the institutions that uphold the status quo.

Your campaign is a living contradiction. Your brilliant truth-telling has included the repeated admonition that you are not the answer, that it will take a movement of millions to bring about a political revolution. And yet the work so far aims only at building a movement to get you elected. You and Hillary are right: in itself, electing you will neither lead to enactment of your policies (education, taxes, jobs, etc.) nor permit us to govern ourselves democratically.

Let's take a sober look at the forces arrayed against us; consider what they will do to undermine President Sanders; and see how to integrate a movement to elect you into a movement for an effective political revolution.

What We Are Up Against

The institutions serving the billionaire class send thousands to their deaths each year in wars to keep the world safe for corporate profit. That class doesn't mind causing the deaths of thousands more at home from poverty, a for-profit health system, pollution of the air and waters, and the 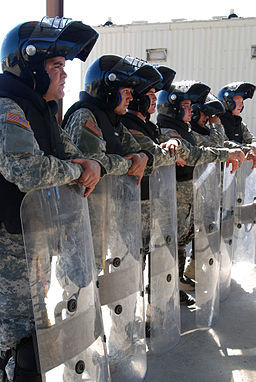 addictions and crime of a sick society. Their media distract and mislead on a staggering scale. They have a decades-old record of actions like Secretary Clinton's diplomatic support of the 2009 Honduran coup, which paved the way for the murders of Berta Caceres and many more indigenous activists. They have consistently conducted covert operations to overthrow "unfriendly" regimes abroad. They ruthlessly smashed the Black Panther Party and did what it took to break up Occupy. They have militarized the police in our cities, where they fear that justified Black rage will erupt again. They set up a racist and inhumane system of mass incarceration. They have created a surveillance state that will probably log this very writing in some digital dossier. And they buy off every level of government so that it does not impede the maximization of their profits.

What President Sanders Would Face

In other words, these forces play hardball. So there are probably teams of operatives brainstorming contingency plans to use voter suppression, hacking ballot software, and other means to steal the November election if necessary, given the Bush/Gore lesson, i.e., that our people will acquiesce. Others must be considering strategies to put President Sanders on the defensive from day one, in ways that would make Monicagate look like child's play. Your attempts to use the Oval Office as a bully pulpit will be largely shut down by the same media which downplay your campaign.

In the best of worlds, your election will sweep in Democratic congressional majorities. But the legislators will still be corporate funded, which is why Democrats — whether in the majority or the minority — 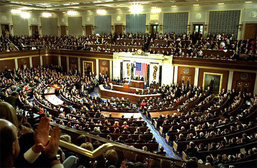 have generally either supported, or failed to effectively oppose, tax and financial-disclosure laws that favor the rich; every bank bailout and executive-sparing plea bargain; every war; a gigantic military-industrial complex; murderous drone warfare that makes more enemies; the surveillance state; an unprecedented war on whistleblowers; and too- little-too-late environmental promises and bandaids. These folks will not be your/our allies, just as they are not supporting your campaign.

Then there is the matter of turning around the federal bureaucracy, with its 2.7 million employees, 175,000 pages of codified regulations, revolving door with big business, and ready access for corporate lawyers and lobbyists.

We do need a political revolution to change all this, in the true meaning of the term.

What Is to Be Done

I beg you to answer the Clinton charge of inability to enact your program this way: "My campaign is but laying the groundwork for the organizing and educating of our people to the point of — yes — revolution, where we no longer allow government to derive its unjust powers from the consent of the governed. We must build for the day when tens of millions of us take unified action to stop working, stop paying taxes, stop the transport of the goods of war-making or repression or heating up the planet — whatever it takes for government by the billionaire class to collapse."

Bernie, we need you to support us in building a movement for nonviolent revolution. We need your words, and we could surely use actions like devoting part of your staff, and providing tools on your website, to facilitate discussing strategy, program, organization, and tactics. In this way your campaign can lay the groundwork for creating a network of several thousand local groups of activists. We can take it from there, recruiting people to train us to facilitate meetings, work through differences, better understand the implicit biases that affect us all, explain effectively to neighbors and family and friends the need for revolution, and tie local struggles to the overall movement against that which creates the need for all of them.

Some will see this as diverting resources away from the immediate tasks of ensuring your nomination and election. Not so! Putting it bluntly, to be nominated and elected, you will have to stop sounding like a candidate for high-school class president who promises everything the students want but will have no power to give it to them. The resonance of your message — and a measure of selflessness and sincerity rarely seen in politicians at the national level — have brought amazing success. But a message that excites people can only take you so far. Please, give us what we need for success, in the primaries, at the convention, in November, and in the years to come!