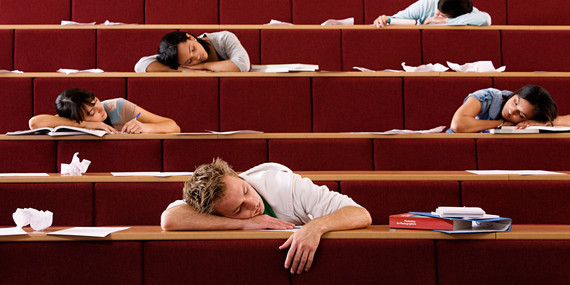 There is a persistent and dangerous myth believed by college students across the country: sleep isn't cool.

Not getting enough sleep is increasingly becoming a norm for the average college student. These sleep habits -- rising early to go to class groggy, and staying up late to study, socialize or party -- are straight up unhealthy. This sleep deprivation lifestyle has not only become common, but also expected and weirdly admired.

It would be unfair to place this problem solely within the academic sphere, since it's clearly a problem within work culture as well. Americans are working longer hours and sleeping less -- and it's literally killing us. Sleep deprivation is associated with numerous health problems: obesity, high blood pressure, diabetes and more. A lack of sleep reduces your productivity, impacts your immune system and increases the likelihood of drowsiness related accidents. It's even affecting your appearance. Chronic sleep deprivation is hurting modern workers and students in every way imaginable.

According to the US National Library of Medicine, 50 percent of college students exhibit signs of daytime sleepiness and 70 percent are getting insufficient sleep. This chronic lack of sleep can contribute to a lower grade point average, impaired academics, increased risk of accidents, reduced concentration and impaired mood. Sleep issues aren't usually considered a risk factor for depression and academic failure, but they play a huge role in creating more hardships than many students realize.

College students frequently brag about not getting enough sleep. There is a lot of talk going around every day on college campuses, for example: "Dude, I pulled like two all nighters this week," or "I've been up for 26 hours straight," or "I can't survive without my coffee," and my personal favorite: "Yeah man, we were partying until like 4am last night and then I still made it to my 8 a.m." 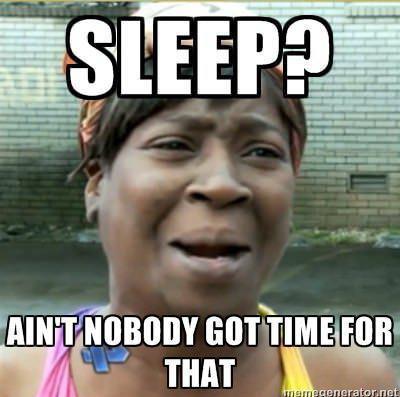 Why is not getting enough sleep considered cool? Sometimes students don't get enough sleep because they are busy, have an intensive course load, are dedicated student leaders, or have an active social life.

It is undeniably very cool to have an active social life and be dedicated to your academics, and being busy in the pursuit of these activities often does cut into sleep time. But regardless of academic and social pursuits, not getting enough sleep remains unhealthy and not something that should be admired.

Sleep deprivation is cool in the way that not doing homework or not studying is cool. The "I don't care" cool, which in terms of your health, really isn't cool. 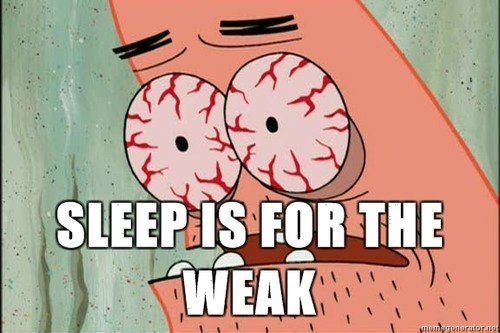 Mainstream culture has made tremendous strides in encouraging healthy behaviors over the past few decades. Remember when cigarettes were cool? They were a sign that you were social, carefree, and "too cool to care." As a society we changed the culture behind cigarettes. It used to be the norm to smoke cigarettes, eat fast food, and partake in more unhealthy habits. As our society grew, healthier behaviors won out. The culture behind sleep deprivation needs to change from admiration to realistic recognition: sleep deprivation is unhealthy, not cool.

Maintaining a healthy level of sleep as a college student is incredibly difficult, but changing the culture around sleep, and heightening awareness of its positive effects can only serve to better encourage students to prioritize it.

Sleep really is cool. More sleep is directly tied to more academic success. Students who sleep more are more productive and develop more of their long term memory to retain what they've learned. They are happier, healthier, and have more energy, and generally lead better lives.

Sleep deprivation doesn't need to be the college norm. If we change the conversation, the cultural ideology of #teamnosleep and "I'll sleep when I'm dead" will be recognized for the dangerous and unhealthy behavior that it is. Students shouldn't be sacrificing their mental and physical health by choosing not to sleep. 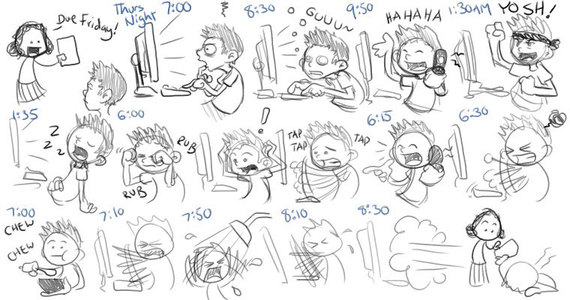 Hey, Donald Trump only gets three to four hours of sleep per night. According to the New York Times, Trump displays both mental and physical signs of chronic sleep deprivation. Regardless of your views on his politics, I'm pretty sure you don't want to look like him.

So college students, please stop bragging about not getting enough sleep. I've officially declared it uncool. Not getting enough sleep is just making your life harder than it already is. I'm not saying quit studying or don't be involved, but instead work on a balance that prioritizes your health, just like you prioritize working out or eating healthy foods.

Instead, brag about how much sleep you got. Brag about your sleep like you brag about other elements of your health. Like your workout, and how much kale and protein powder you ingest daily. And plus, it'll decrease your chances of looking like Donald Trump. That's basically the only argument I need, isn't it? 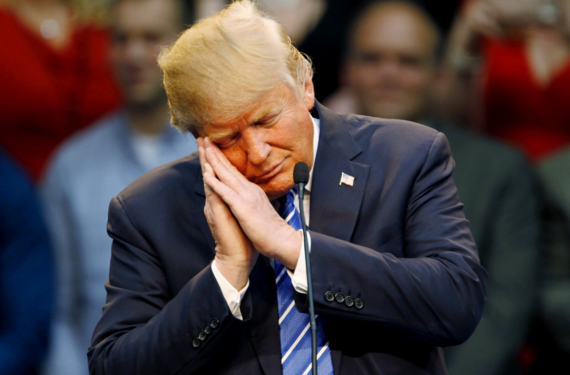