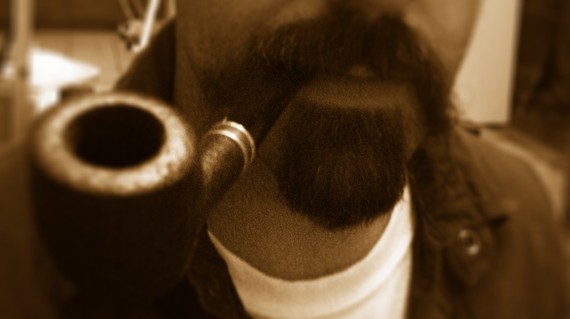 It happened a while ago, years ago, really, but I'm only just now getting around to saying it out loud.

You walked out one day, and it was the hardest thing in the world to accept, that you had moved on to another family, that you would be present for them but not for us, that they had won. It took me a long time to understand you did not leave because of me, because of the ways I did not measure up, because I could not be as good as those other kids you chose, because I had something wrong with me deep down inside.

That graduating at the top of my class? Yeah, that was for you. That starving myself and binging and purging my first year of college? For you, too. That never resting until I had a job at one of the best newspapers in Texas? For you.

I spent most of my life trying to prove I did measure up and I was good enough and I had nothing wrong with me that would keep a man from staying.

I forgive your leaving.

Do you remember how we would sit on that recliner, how I would stretch out on your lap and we would eat cucumbers soaked in vinegar from the same bowl while we watched Friday the 13th? Do you remember how I'd watch you wax that yellow truck from the shade of one of those magnolia trees and we'd walk back inside with your arm wrapped around my shoulder, because I was "daddy's little girl?"

But I forgive you your hands.

You might not have known it, but when you left, you took with you our security, our stability, our freedom. My mother worked hard to raise us all alone, ate only when she needed to, ran herself ragged trying to be present everywhere we were because that was the force of her love, but we still lost. I lost my childhood, had to step up as an 11-year-old adult so my brother and sister would be okay in all those missing spaces.

But I forgive you for taking.

Those words in the years after divorce, all those times you said you'd call and you didn't, all those times you promised a visit and never followed through, all those little things you thought might not stick, "Don't be like your mother" and "chicken legs" and "give you something to cry about," they haunted me like Freddy Krueger used to. But I know now, today, that words only hurt if I keep them hidden, if I hold them in wounded hands, if I let their sharpened points pierce the tender of my heart, and I chose, a while ago, to let them all go.

I forgive you your words.

We spent those two summers with you and then you disappeared. We wondered what had happened and how we might have disappointed you and whether we might now, somehow, prove we were better than you might think, but we didn't get a chance until that spring break trip in college, seven years later, when I shook my way across state lines on a Greyhound bus, worried you wouldn't like the woman I'd become, afraid you might send us back the moment we arrived, terrified I wouldn't stand worthy of a father's love.

But I forgive you for disappearing.

You didn't make it to my graduation, where I stood on a stage to deliver that farewell speech, where I recited a poem about sailing on stormy seas and making it out alive, where I urged the young people in my class to become a generation that changed their worlds for better. You didn't make it to my wedding, where you might have walked me down the aisle with my step-dad, who'd raised me longer than you had. You didn't show up for the birth of your first grandchild or all the ones who came after.

I forgive your absence.

I forgive you for destroying a marriage and wounding three children and darkening a childhood because I know who you are all these years later. I know destroying and wounding and darkening were never your intention. I know you were acting outside of who you are, and I know you are a better person than that. I know you are not a destroyer but a builder, a lover, a dad, and I know the heart that beats in your chest, the one that used to keep time against my ear, because I have seen it when you look at your grandchildren, and I have seen it when those eyes crinkle into a smile, and I have seen it in your words, how you wish you could have done better by us.

But we release you, once and for all, from your regret, Dad. Because here we are, standing stronger for the been-kicked-down, and here we are holding more hope for all those lived-through-hell years, and here we are wearing deeper love for that decade of searching and wondering and missing.

I have learned some things in these years since your leaving, that all of it shaped who I am, that pain stems from the love we deny others, that forgiveness is just a selective remembering.

So I choose to remember.

Your hand, pushing play on my first accompaniment tape for a solo in church and the way you smiled proud when I finished it without forgetting the words, just the way we practiced. Because you gave the courage to sing free.

Your arms, wrapped around me while I watched the scary parts of that show from your lap and the way you checked beneath beds and outside windows to make sure Freddy Krueger hadn't followed us in my bedroom. Because you gave imagination a place to bloom.

Those eyes, like green glass, when you apologized the first time and the way it meant something significant that this was the only time I'd ever seen you cry. Because you gave the forgiveness a soft place to unfold.

I hope you remember, too, Dad. I hope you let the rest of it go.

Be honored. Be free. But most of all, be loved.

More:
forgivingfather's dayParenting parents-dadsParents
Newsletter Sign Up
Raise the kind of person you'd like to know
Subscribe to our parenting newsletter.
Successfully Subscribed!
Realness delivered to your inbox