Scientists and climate policy wonks usually say global warming is caused by "human activities." This shorthand obscures an important point: that while we humans are certainly responsible for climate change on some level, just a few of us, particularly in industry and government, are a lot more responsible than the rest of us.

After all, I like humans. I like activities, too. And it's industry practices and government policies that largely determine how much heat-trapping emissions our human activities produce. 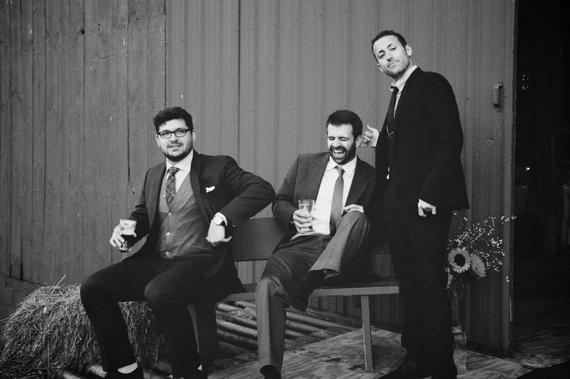 The author -- middle -- and two other humans engaging in activities, including attending a wedding, having some beer, and goofing around. Not pictured: climate change. (Source: David Everly)

From a scientific perspective, recent climate change is caused by an excess of heat-trapping emissions in the atmosphere. The gases happen to be coming from extracting and then burning massive amounts of coal and oil, as well as destroying tropical forests.

Because scientists have invested so much effort in successfully differentiating between natural and "human-caused" warming -- and because a loud minority of fossil fuel companies, ideological groups and politicians have insisted for decades that scientists are wrong -- the terms of the broader debate about climate change are often stuck on this point, at least in the United States. 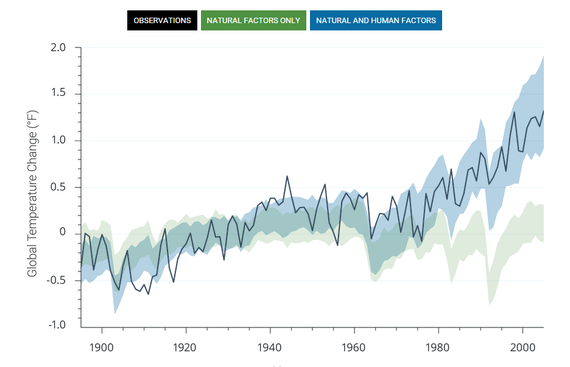 In an ideal world, these human activities would continue. They simply wouldn't produce the heat-trapping gases that are rapidly altering the climate on which we depend.

As it stands, our best individual attempts at limiting the carbon footprint of our human activities can only go so far -- and many steps are much harder than they should be, even in the developed world:

Given these constraints, we need to be clearer about what is really causing climate change. "Human activities" are great. Climate change is caused by industrial activities. And those activities are incentivized by government policy, which industry goes out of its way to influence.

I got to thinking about this because of Rick Heede. He's a geographer who has done the careful work of figuring out how much of the carbon in our atmosphere can be traced back to the coal and oil that companies have extracted from the Earth.

The numbers are head-turning: Two thirds of all industrial carbon emissions come from just 90 institutions. Several of those institutions, including Chevron, ExxonMobil, BP, Shell, and Conoco Phillips, have extracted more carbon from the Earth than most countries.

As Heede put it, the heads of these institutions could fit comfortably in a Greyhound bus. And if you've been paying attention to the climate debate, you know that many of these same companies have spent decades deceiving the public and policy makers about science -- practices that disturbingly continue to this day, despite the scientific risks of climate change becoming ever starker.

So while we all share in the "blame" for climate change, only a few of the 7 billion humans on this planet truly have the power to determine how much more coal and oil comes out of the Earth and how much stays in the ground. The Onion explained this better than I ever could. After Heede's research was published, the satirical news site went with this headline: "New Report Finds Climate Change Caused by 7 Billion Key Individuals." Seems silly, right? But that's effectively what we're saying when we reduce the cause of climate change to "human activities."

As the climate debate evolves, it may start to look like more like debates we've had -- and are still having -- on public health issues. Too often, those debates have involved conservatives and liberals talking past one another, with conservatives standing up for individual rights and liberals looking to hold corporations that cause public-health problems accountable.

I'm a pragmatist, so those broken debates frustrate me to no end. We can't ignore individual choice and responsibility; at the same time, we also have to recognize that our individual choices are constrained by corporate practices and government laws and regulations. It's wrong for individuals to neglect their personal responsibility; it's also wrong for corporations to stand in the way of government policies that would reduce the harm we face from their products.

Take obesity, for instance. It can be thought of as an individual problem -- overeating and a lack of exercise. But it is also arguably a societal problem caused, in large part, by misguided public policies such as agricultural subsidies that make 100 calories of Doritos substantially cheaper than 100 calories of bell peppers, and by a junk-food lobby that is fighting to keep kids hooked on their unhealthy products.

So who is responsible for obesity? This kid with a cheap bag of Doritos (and, presumably, his parents)? 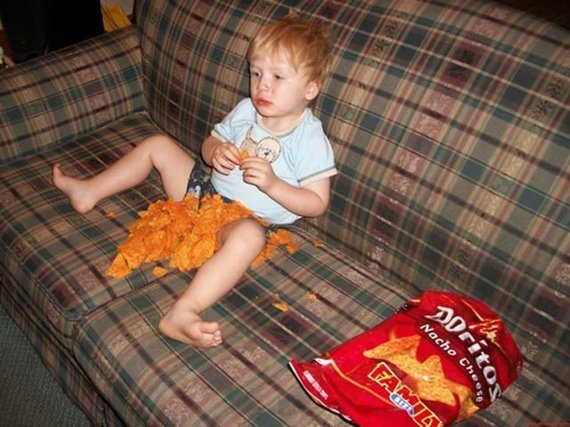 Or policy makers who continue to subsidize refined grains at the expense of whole foods, usually at the behest of agricultural companies? 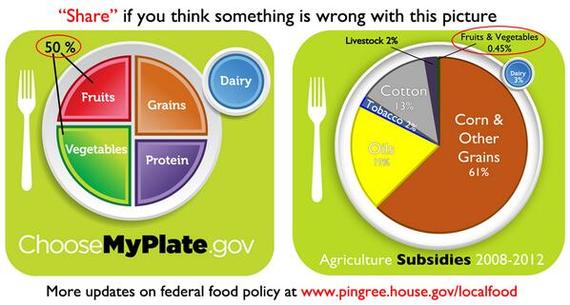 Or take smoking. Individuals bear some responsibility for choosing to smoke; tobacco companies also bear responsibility for spending billions marketing an addictive substance and trying to cover up the science linking their products to lung disease.

So where do we assign responsibility for the harm caused by smoking? To these teenagers? 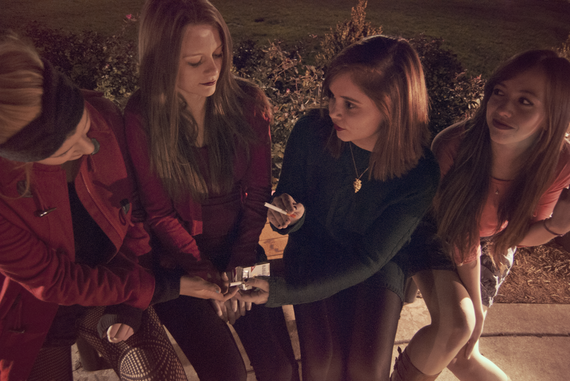 Or to the companies that operate machines capable of churning out millions of cheap, inhalable nicotine-delivery devices? 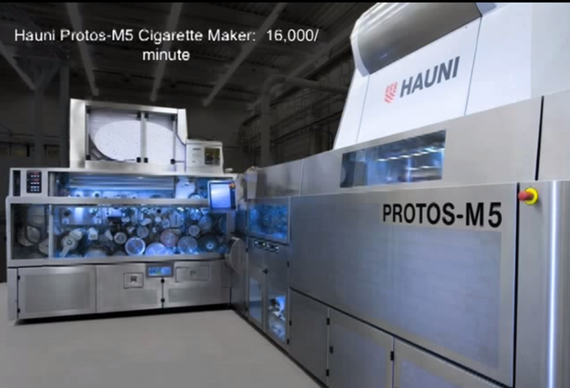 (Source: "Origins of the Cigarette Catastrophe and the Case for Abolition" presentation by Robert Proctor, via the Institute for Global Tobacco Control / YouTube)

And who is responsible for climate change? 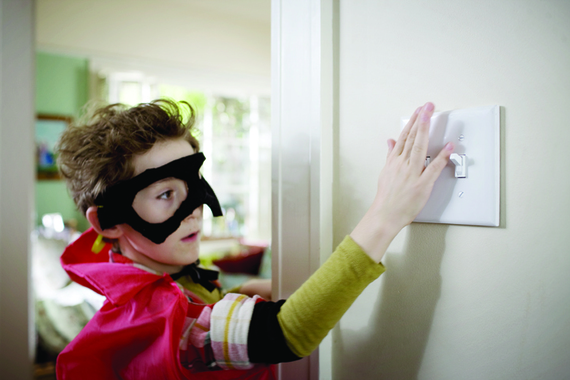 A company digging coal out of the ground in Wyoming? 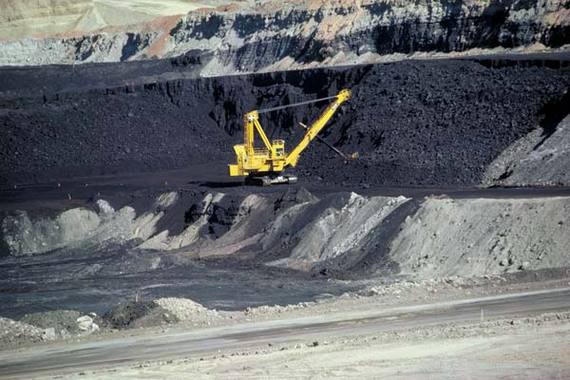 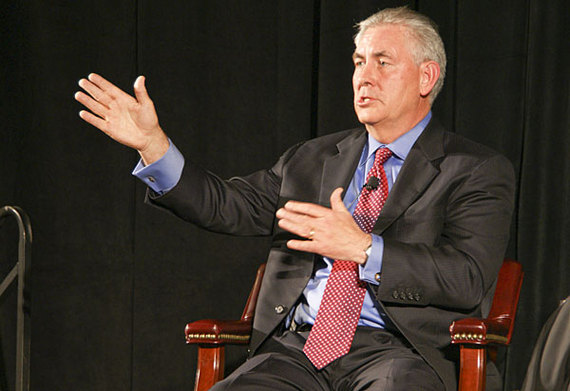 The answer is "yes." It should be obvious, though, that the company extracting coal, the CEO planning for a future of more and more oil extraction and the senators we've elected to serve the public interest bear far more responsibility than our young superhero at the light switch.

The Future Is About Better Choices, Not Feeling Guilty About the Past

We were all born into a world that was heavily reliant on coal and oil. Our grandparents didn't know that that these products were causing climate change any more than they knew that smoking was causing lung cancer or that a corn-chip-based diet was unhealthy.

Now we know. That's a gift science has given us.

Solving a problem as big as climate change isn't an activity individual humans can decide to do on their own. We need government to create better ground rules for energy production that account for the climate risks we face. That means we need companies to stop misrepresenting the science. They also need to stop trying to tilt the rules in favor of business models that neglect scientific realities. 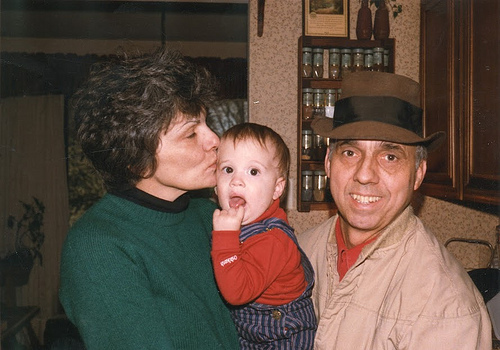 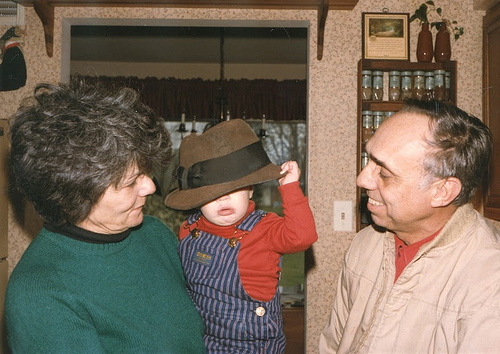 My grandparents (pictured above with infant me) were born into a world where corn chips were a treat, smoking calmed your nerves and climate change was what happened when you moved to California.

Our grandchildren can be born into a world where "human activities" don't cause climate change at all because we've figured out how to make clean energy as ubiquitous as fossil fuels are today.

What a gift that could be.

A version of this post originally appeared on the Union of Concerned Scientists' blog, The Equation.

Aaron Huertas is a science communications officer with the Union of Concerned Scientists.