Lingerie company Dear Kate's new no-underwear yoga pants make a lot of promises: No panty lines. No bunching. No riding up. No camel toe. No stressing about comfort. And they'll make your butt look great.

If they can deliver all that, the new pants, which have a thick, absorbent lining around the crotch, may be able to shove their way into the busy market for yoga gear. That's the plan, at least, for Dear Kate founder Julie Sygiel, whose company is making its first foray away from undergarments.

"We surveyed our customers and said, 'Hey what do you want to see from us next,'" Sygiel, who studied chemical engineering at Brown University, told the Huffington Post in an interview. "Yoga wear was by far the winner."

She may have caught on to something.

Most women wear a thong or other kind of panties with their yoga pants. But around 17 percent of women wear nothing at all underneath their pants when they work out, according to Dear Kate's market research. A survey conducted by Groupon earlier this year found that about 25 percent of women go commando while practicing yoga.

Alexandra Seijo, who teaches yoga at Equinox and Pure Yoga in New York City, said she doesn't usually wear underwear while practicing, and will definitely check our Dear Kate's new pants. She wants to be focused on what's happening internally when she's doing yoga, so something that would keep her mind from getting distracted would be a plus, she said.

"Sometimes we do get caught up in the external, when the purpose of yoga is to go within," Seijo told HuffPost. "The last thing you want to worry about is tugging, pulling, pinching, having any kind of clothing malfunction because you want to be fully immersed in the practice."

Still, no-underwear yoga pants have their limits. Some may have issues trusting the concept of shunning their underwear, especially after Lululemon's see-through yoga pant debacle in 2013. And they need to be washed after each use without an undergarment. 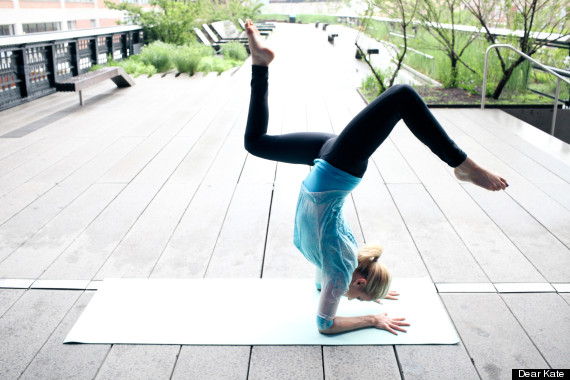 Founded in 2012, Dear Kate has raised $1.2 million thus far from private investors, selling a selection of undergarments that present an alternative to "period panties." They have extra lining and are made of materials that wick moisture, release stains and resist leaks. They're also aimed at women who have bladder issues after pregnancy.

Now, Dear Kate is trying to grab a piece of the growing market for yoga gear. Global sales of so-called "activewear" climbed 7 percent and surpassed $33 billion in the 12 months ending in June, according to data from market research firm NPD Group. Athletic wear companies, fast-fashion emporiums and even some haute couture labels are trying to claim their slice of the yoga pie. Meanwhile, smaller yoga apparel makers are battling each other, vying to be the next Lululemon.

The regular, full-length yoga pant from Dear Kate costs $118. Lululemon charges between $82 and $128 for most of its yoga pants, while many similar styles from rival Athleta run from $64 to $98.

While items like no-underwear running shorts have been around for a long time, Sygiel is hoping that her more versatile yoga product will set it apart. And the stretchy pants aren't just for yoga -- women use them for many athletics, from pilates to running and biking.

Sygiel's yoga pants, made at a factory in Queens, New York, are getting attention even before they become available to the public. A 30-day Kickstarter campaign for the pants attracted more than $150,000 in funding. Though Sygiel declined to share precise sales numbers, she said that in 2014, the company expects to triple its revenue total from the year prior.

Dear Kate's pants are expected to launch in mid-November, but are available for pre-order now. 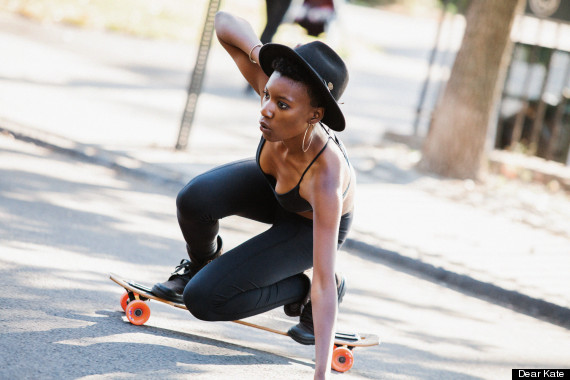