At the Republican National Convention last week, you invoked the names of parents whose children had been killed by undocumented immigrants. You indicated your impression that you represent them and their interests.

I want to let you know that my child, too, was killed by an undocumented immigrant. But you do not in any way represent me or my interests. 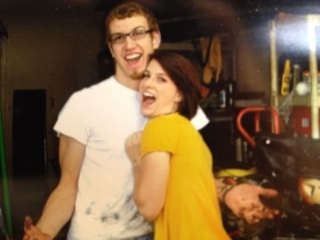 The picture here was taken of Leigh Anna Jimmerson, my 16 year old daughter, and her 19 year
old boyfriend, Tad Joseph Mattle, on the night they died. You may be able to tell from the expressions on their faces that they were happy, beautiful people. I can tell you that to her family, Leigh Anna was Christmas, as they say. She was the Dancing Queen. Mardi Gras all year long.

On the night of April 17, 2009, an undocumented drunk driver slammed into them as they were stopped at a red light at a busy intersection in Huntsville, Alabama. The driver was being pursued, at a high speed, by a police officer. They died immediately. Tad's car exploded on impact and Leigh Anna's body burned up.

I am fortunate in that I was able to forgive the undocumented drunk driver. I never felt any anger toward him. I felt no hatred toward him. It just seemed to me that it had been a terribly bad night for everyone involved. I have often been grateful that in addition to the sadness that I carry with me every day of my life, I am not also burdened with bitterness.

For what it might be worth to you, this picture is one of my favorites of Leigh Anna. It was taken two years before she died. 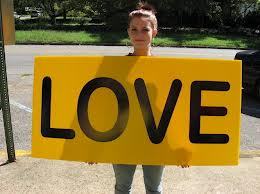 She had elected to go with me to a rally the Ku Klux Klan was having in Athens, Alabama. They were protesting illegal immigrants. We went to a counter protest. She was a little nervous, as you can imagine, but she wanted to go anyway. Once there, she held this sign which, as you can see, was as big as she.

As we were leaving the rally, a Klansman or Klan supporter said something rude to her (she never would tell me what he had said). I heard her say to him, laughing: "Love you back!"

At the trial the driver was convicted on two counts of murder. After the sentencing, he asked to speak to the families. He acknowledged what he had done. He asked for our forgiveness. Later, in a private conversation with him when he was on his way to prison, he told my husband and me that, if he could, he would change places with Tad and Leigh Anna.

The morning after the crash, the police officer who chased him said that he was perplexed that the faster he drove pursuing the driver, the faster the driver went.

The police never came to our house that evening. They never acknowledged their role in the death of my child. In the death of my dreams. The police officer who pursued the undocumented man never asked for my forgiveness. To my knowledge, he never faced any official consequences. 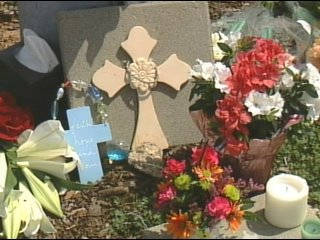 Until you do, Mr. Trump, please know that you do not represent me or my interests.