It's been a retro week over at the New York Times. First the paper proposed that readers debate the question, "If makeup has indeed become the status quo in the public realm, does it ultimately damage a woman's self-esteem, or elevate it?" Snooze.

As Slate's Amanda Marcotte summarized the responses, "Since no one actually cares about this question, the 'debate' positions range from 'wear makeup if you like it' to 'wear makeup or don't, depending on what you prefer.'"

Then to continue the week in antiquated, yesterday the paper printed a story on the front page of the business section titled "50 Shades of Vulgarity" about the scourge of profanity infecting the pages of women's magazines. Reporter Christine Haughney is evidently mortified by the use of "sh*t" and "*ss" (even with asterisks) in Glamour and Marie Claire.

Everyone, the ladies are cursing. Someone dispatch one of Emily Post's descendants to the Conde Nast building STAT.

There's so much wrong here. First, the article is hopelessly antiquated in the wake of feature-length films that show women projectile vomiting on-screen. The whole premise of the piece is that women using "vulgar words" is surprising. Haughney actually sought out a linguist to explain, "It's now more acceptable for women to curse." Glad we cleared that up.

More alarming is the deeper implication of Haughney's evident shock. The article not so subtly floats the age-old idea that women should appear genteel and well-behaved at all times, and that it falls on editors at lady magazines to transmit that message to women, "in good taste." The piece practically shouts, "Look at how these foul-mouthed women are degrading themselves!"

There's also no mention of whether men's and mainstream magazines use profanity more or less, which weakens Haughney's reporting considerably. Then there's Cosmopolitan editor-in-chief Joanna Coles' quote that "cursing could look unattractive for women" because it makes them sound angry. It's true that this is still not a culture that deals well with female anger, but last I checked, cursing too much is unattractive in both men and women. Nowhere in the article does Haughney note what most high school English teachers correctly inform their students: In most cases, there are other words that convey meaning more precisely than the four-letter variety does. So when you default to the latter too often, it suggests that you either don't have a great command of language or are too lazy to use other words you know. Neither is appealing -- no matter who's talking.

And then there's the ridiculous idea that the "long-running debate in women's magazines -- how frank can they be?" is about whether or not the publications should use words Haughney seems to find so offensive (while offering not much evidence that women in general, who have been known to use these words, are similarly flustered). Honesty is an ongoing challenge for women's magazines, but it has nothing to do with profanity. Despite external criticism and to please advertisers, women's magazines continue to suggest to their readers that they aren't okay as they are, that if -- but not before -- they do and buy these 32 things, then they will be thin, sexy, rich, white, good enough. The debate around that editorial practice needs to continue. But a big story in the New York Times on whether ladies should be exposed to "vulgar words?" F*ck that. 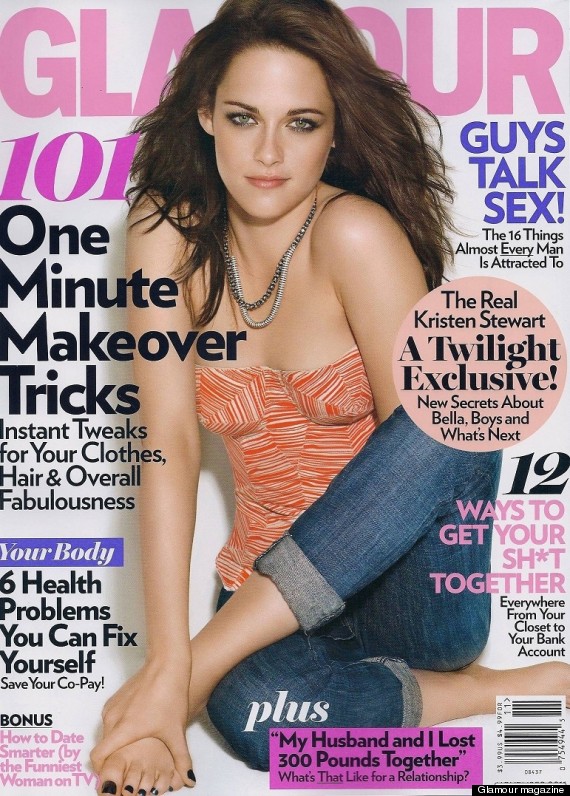