The one who is sharing articles in my newsfeed about how, "I will never be that kind of parent." I've got some advice for you, my friend: STOP!... just stop... for the love of all that is holy, just trust me on this and don't press the share button. You are embarrassing yourself and you don't even know it. Not only are you likely irritating your friends who are parents, but you are literally whipping up a big batch of karma to be served to you immediately upon your entrance to parenthood.

Let me tell you a little story...

In May of 2012, TIME magazine did a cover story titled, "Are You Mom Enough?" Featuring a picture of a mother and her 3-year-old child standing on top of a chair, breastfeeding. Talk about causing a stir. Everyone was talking about it: all of my mom friends, the Internet, news outlets and of course myself, the non-parent. It made me shudder to even look at the picture. I told my bestie's how -- and this is a direct quote -- "I would NEVER breastfeed my child for that long, if they are old enough to ask for it, it's too old," and also, "I wouldn't want my child to remember sucking on my boob, it's just wrong."

And then I had a baby, and that baby is now a toddler. A toddler I am still breastfeeding. 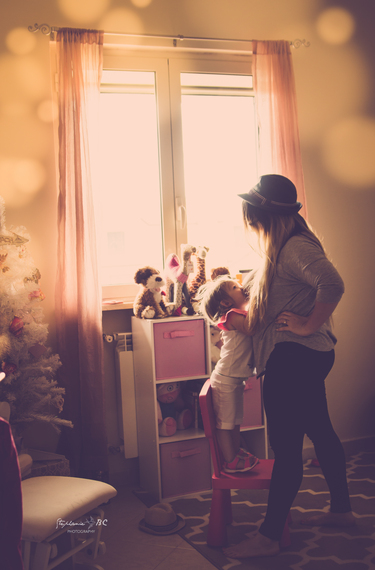 Hey, Look! That's me doing what I said I would never do.

Your friends who are parents won't tell you any of this not because they are too nice, but because they know that in time, you will figure this all out on your own.

As for me, I am only telling you this because as I have crossed over the realm from non-parent to parent, I have had many a moment that I have literally face-palmed myself when I remember some of the stupid crap I used to say, and when you say it, it reminds me that I hurt others with my ignorance.

Now, I know this might offend you -- my non-parent self would certainly have been offended. I mean, just because I didn't have kids, didn't mean I couldn't have an opinion, right?

Sadly, I was wrong.

Oh yes, I definitely could have my opinions, but seriously, they were literally all wrong. I had no clue what was in store for me when I got pregnant. It's not like you magically understand how being a parent works once you feel a baby kick inside of you.

No, no, no, no... we all learn the hard way. Through trial and error, and that means doing things we said we would never do.

We also all learn that our non-parent selves were judgmental jerks who could have saved themselves later embarrassment by just keeping their mouth shut about things they had no capacity to understand.

So, dear friend who is not yet a parent: Please do yourself (and me) a favor, and stop telling everyone what you won't be doing as a parent.

The public will thank you.

More:
parenting adviceparents-toddlersfriendsParenting Parents
Newsletter Sign Up
Raise the kind of person you'd like to know
Subscribe to our parenting newsletter.
Successfully Subscribed!
Realness delivered to your inbox