Hi! Remember me? Of course you do. I'm the friend who regularly posts idyllic pictures of my kids playing fantastically imaginative games and effortlessly building fine motor skills in my peaceful home. It's not what it looks like. I mean, it is, but it isn't.

That picture of us making peanut butter oat balls (well, sunbutter oat balls, I'm not a monster) with three little ones' rapt attention as they learned units of measurement, volume, and other basics of culinary chemistry while concocting a healthy treat. 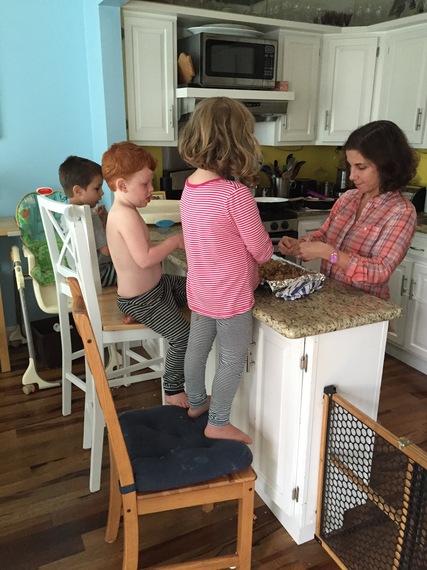 Vivi: Why don't you have enough honey? Didn't Dad tell you we were out of honey, like, last week?

Me: I forgot the honey. Here, taste the flax. But we haven't started yet.

The one of my two kiddos happily coloring in letters on a banner (made from the unbleached butcher paper Amazon uses as package filling) that reads, "Welcome to Vivienne's Animals and Plants Sixth Birthday Party" for, well, you guessed it. 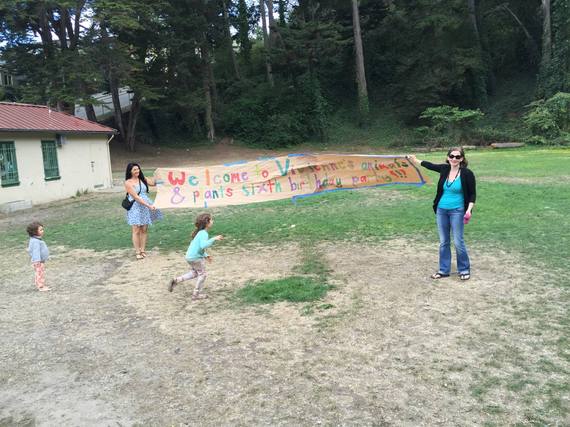 Stuart (after about three strokes of "skibble"): I'm done.

Vivi (after coloring in two of the 44 characters): I'm done.

Me: But you said you wanted a banner. You insisted that every great party has a banner. I just spent 10 minutes tracing all these letters for you.

Me: The party is tomorrow.

Me: Hi honey, how was your day?

Ian: Good. Ish. What are you doing?

Me: Every great party has a banner.

Me: Let's just quit. The markers are dying. My hand hurts. I hate this f*cking banner.

The one where my kids decided to mummify me, wrapping me up in their dad's undershirts and using Magna-Tiles as jewels for my tomb, because we'd been reading all about ancient Egypt together. 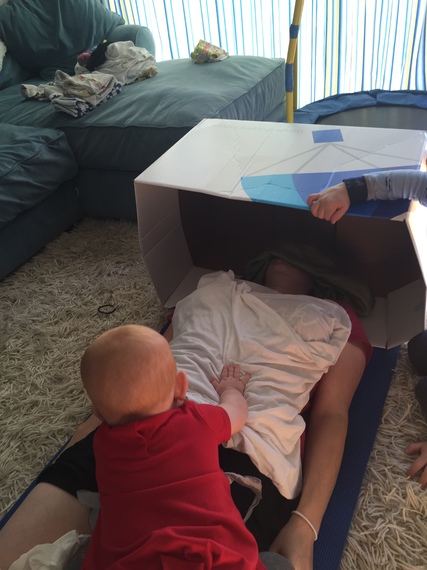 Stuart: No, if you hit me, Mommy will throw away all your toys.

Me (garbled as my head is inside my cardboard box tomb and the baby is basically jumping up and down on my bladder): Vivi, why don't you just grab another one from the pile and do it instead of arguing about doing it?

So don't stress about my apparently perfect parenting and cherubic children. Sometimes their faces are illuminated by joy and enlightenment; other days they're smiling because that's the look of glee they get when b*tching and moaning. In parenting, as in all else, looks can be deceiving.