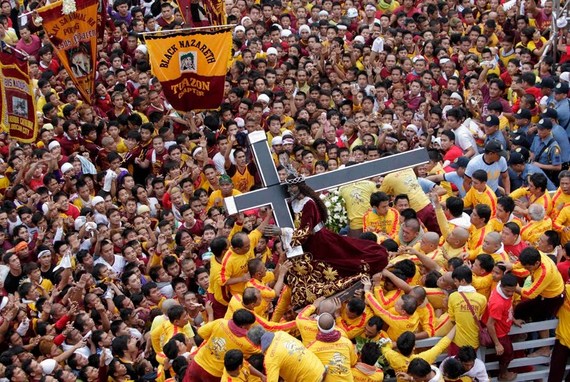 The King James Bible, authored by fifty people, has never been so busy in one week, as thousands of Filipinos quoted from it left and right to defend Manny Pacquiao's controversial statement last week about LGBTs being "worse than animals," and his instagram post a few days later about how homosexuals should be put to death. The Filipino online community exploded into a ping-pong of hate and self-righteousness, hurling tirades of condemnation at each other while punctuating them with a contradictory "God Bless You."

Over the past week, I have been condemned to hell more than I could ever count in my life by people I thought to be reasonable. Hate and bigotry is a very familiar space, as I have experienced it growing up as a gay boy in Manila. I thought because of advances in the global LGBT movement, the people of the Philippines would already have taken admirable small steps out of the dark ages. However, with God allegedly on their side and armed with a biblical quote or two, Filipino bigots took on the Internet and went to war with human rights, reason, science, progress and me.

God of Convenience, God of Excuses

Of course, Fiipinos brandished hate in the name of God. God's name is invoked by every failure in the Philippines. When Filipinos fail, it is because God has a "better plan" for them. The idea of personal accountability is as far-fetched as a UFO invasion. God is the excuse Filipinos have for everything that fails. If the government fails, it's because God wanted it that way. When marriages fail because Filipino husbands enjoy extending their marital lineage into other women in the community, the wives privately suffer until the anak sa labas shows up at the husband's funeral and make their paternal claim. Every Filipino family has a story to share about meandering husbands and children out of wedlock. It is so numbingly common that nobody questions the culture that sustains it. Nobody asks why a just God shatter families and bring into the world more traumatized children. Or why the Philippines is the only country left in the world with no divorce laws. However, strangest of all is how Bible-leaning people conveniently forget Leviticus 20:10, which may be the key to depopulating an overly-crowded country and ridding it of sins:

If a man commits adultery with another man's wife -- with the wife of his neighbor -- both the adulterer and the adulteress are to be put to death.

God is convenient for people who are lazy and afraid. Hypocrisy is the language they speak. The high rate of poverty in the Philippines is exacerbated by the encouragement of poor people to have so many children they can't provide for, subjecting them to human trafficking. Abortion is an abomination. Women have no rights over their bodies. Reproductive rights continues to be hindered by the powerful Catholic right.

Where is morality and decency when you look out your windows and see hungry children roaming the streets? Don't you see yourself as complicit while you support organized religious institutions and politicians that live off of other people's suffering? What is so nutritious about suffering that you choose to eat it every day? Does condemning people as sinners make you a better person in the eyes of God? Aren't sins everywhere because your indifference helped create them? You can pray all you want to not go to hell. Look around you, don't you think you are already in it? 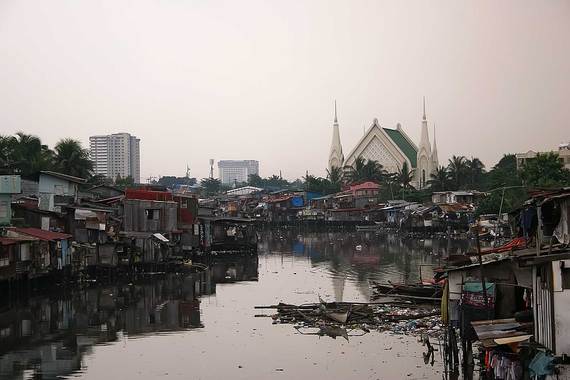 Common Sense as a Second Language

Although I was so irritated when I read Pacquiao refer to the non-existence of homosexual behavior in the animal kingdom as "common sense," amid cheers from Filipinos in the dark ages, I felt a tinge of hope. Common sense touches the realm of logical reasoning. The fact that it was even a part of the conversation meant that there is a possibility that we could at least begin a true, common-sensical conversation, say about -- The King James Bible, completed in 1611, translated from Latin and Greek, written by fifty human hands.

And all that have not fins and scales in the seas, and in the rivers, of all that move in the waters, and of any living thing which is in the waters, they shall be an abomination unto you.

. . . thou shalt not sow thy field with mingled seed: neither shall a garment mingled of linen and woollen come upon thee.

If a man also lie with mankind, as he lieth with a woman, both of them have committed an abomination: they shall surely be put to death; their blood shall be upon them.

Common sense asks me, if Filipinos truly subscribe to the Bible as the word of God, why are they still eating shrimp sinigang, or pansit palabok, and mixing all kinds of fabric when they go to church, or planting bananas next to guava next to rice? Common sense tells me if one rule from the same page is no longer applicable to modern times, then all of them must be questioned.

If God destroyed Sodom and Gomorrha, did the same God send supertyphoon Yolanda to destroy Tacloban and thousands of innocent people? Did God send Hitler to kill six million Jews? Did God send the Marcos clan to rob Filipinos blind so their faith could be tested?

If God is Love, and Love is Truth, is destroying the innocent a showing of Love? Is condemning me to Hell a form of Love? Is Hate how God manifests in your life?

"Leaving the Philippines" as a Metaphor

I grew up Catholic just like most of you, and was immersed in Catholic education for a decade. I was made to accept suffering as being Christ-like and made to believe that hell is a consequence of my sins. In other words, as someone born gay, I was guaranteed a place in hell. I carried that as a burden and guilt throughout my childhood in Christian Philippines. I didn't understand then that this apparent "sin" was a projection of others on me, based on ritual codes written for a group of people over 2,000 years ago. It was their belief system, and didn't have to be mine. I didn't have to stay in the dark ages, because darkness could make me blind. When I left the Philippines, I opened my eyes to a journey of reconciliation with my full humanity. I left suffering behind. Hell would be someone else's problem.

I intentionally discontinued the sacraments of the church. For me, the idea of renouncing Satan is a curious one, but I would prefer to renounce many things that personally bother me: racism, sexism, big corporations, religious fundamentalists, pedophile priests, Ugandan born-agains, homophobia, Filipino bigots, the Marcos clan. But I'm not sure any Catholic priest would allow me that privilege.

Growing up with a family that loved, accepted, and supported me, and being away from Filipino culturally-sanctioned bullying and micro-aggression, I have become a well-adjusted citizen of the world. In my life, I aim for the full potential of my existence, and continue to make a daily commitment to see how far my intelligence could stretch and deeply I could practice empathy. "Leaving the Philippines" was not only a migratory act, but a metaphor. I started to think, seriously think. Critically think. Questioning everything. Read. Write. Strive. Opening closed boxes. Thinking outside of boxes. Study. Learn. And like all creatures on the planet -- evolve.

I invite you to "leave" the Philippines: your comfort zones, the dark ages, your 500-year old colonial universe, your Hollywood Moses, your visceral hate and condemnation, and be open to new things. Human history has a menu of ideas to choose from, spirituality to live by that promotes and embraces humanity and modernity. The bible is not the only book in town. While it has survived the ages, it also has traveled very far from its Hebrew source. It has been touched by so many people, translated to fit cultural mores of the eras. Much is lost in interpretation, reinterpretation, and eventual translation. Much, in over 2000 years.

The evolution of the human mind has taken us very far in such a short time. The laptop I am typing on is a product of scientific minds. And so are the mobile phones and computers you are reading this article from. We are now hundreds of years past the time when the earth was thought to be both flat and the center of the universe. Somewhere deep in your mind is an intelligent person willing to join the modern times, someone with enough self-respect to stand to reason and say, No, the universe was not built in seven days, and No, the earth is not 6,000 years old.

Mythology is a beautiful thing if you could understand how to translate it for modern living. Taking passages in the bible literally, as compelling as they are, will get you stoned to death before you reach Deuteronomy. Literal interpretation of mythology is missing the point of God. The God of Love. The Love that is inside you. The God inside you. The Love Thy Neighbor as You Love Yourself. Compassion. The Jesus way. Love is what most religions in the world have in common. Love is taught in the entire history of our humanity because love is not easy. It is very hard to love those who are different from us. It is hard to love those who don't agree with our belief systems. It is easier to fear. It is easier to judge others and hate them. It is easier to be indifferent to the suffering around us. It is easier to not question authority that institutionalizes hate. It is easier to pick bible verses to give ourselves permission to dismiss the human rights of others. If that continues to be the case, your name is already signed in the dark future of the Philippines. Is that what you want?

For a change, think.