The Philippines is not a stranger to the issue of socio-economic inequality. A study by a research and advisory firm in 2011 revealed that the gap between the rich and poor is widest in the Philippines as compared with other Southeast Asian nations. 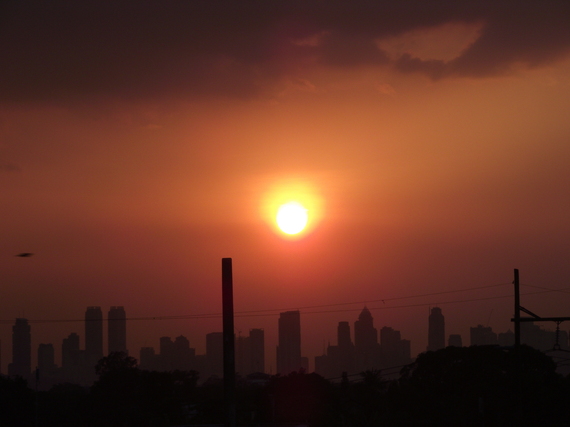 Some Filipinos are quick to blame capitalism for the ills of income inequality, among other issues. But is this fair?

During the first United States Democratic Party presidential debate‬ of the 2016 campaign, Anderson Cooper quizzed Bernie Sanders on whether he is a capitalist because the latter identifies himself as a 'democratic socialist'. Cooper then turned to the remaining Democratic contenders and asked if there is "anybody else on the stage who is not a capitalist?" Hillary Clinton keenly jumped in and said:

It is our job to rein in the excesses of capitalism so that it doesn't run amok and doesn't cause the kind of inequities we're seeing in our economic system. But we would be making a grave mistake to turn our backs on what built the greatest middle class in this country.

To me, Hillary Clinton's response is spot on. Fighting inequality does not demand adherence to an all-or-nothing, black-and-white deal. There can be a middle ground for capitalism and supporters of equality, which can be facilitated effectively by a democratic and honest government that promotes the common good and doesn't slack off.

If you were to choose a point in history you would like to be born at with the quality of equality in these times as a basis, which point would you choose?

Would you rather be one of those polo y servicio workers who were forced to do labor for free by the Spaniards during their colonization of the Philippines? How about being born a pyramid slave in Egypt whose life held no value and was disposable? Or perhaps a hunter-gatherer in South America like the ones from Apocalypto?

I would totally choose today and I'm sure you will, too. The Gini coefficient during those times was atrocious.

It is a truism that capitalism and free markets are, in general, very good economic models. They are based on free decisions of individuals. All these decisions led to an improvement in our standard of living that is unparalleled in human history.

We can also test and observe the relationship between prosperity and capitalism. And I would claim right here and now that capitalistic countries are more prosperous than those that are not.

One good example is the Korean peninsula. The difference between capitalist South Korea and "autarkic" North is clear-cut, as the famous photo from space illustrates.

China's another example. The country's impressive economic growth only happened after it liberalized its economy and participated in the global markets. Over the past 20 years, China has taken out of extreme poverty nearly 1 billion people. Isn't this a prime example of capitalism reducing inequality?

I think it is time for us to move past the us-versus-them, zero sum mentality towards corporations whose motivation to maximize profits has come at the expense of our communities. There is a way for these entities to deliver social benefits while also meeting their bottom line if only we both liaise.

With a population of more than 100 million, the Philippine market packs a high potential for growth. However, growth in purchasing power is non-existent for almost half of Filipino consumers. Choking collective demand slows the economy for everyone.

And by everyone, I mean including capitalists.

Inequality is bad for business and, therefore, should be considered a major concern not only by the government but business leaders as well. Over the long haul if such form of inequality persists, it could lead to political and social instability, which could further hamper the expansion of business in the country.

The issue does not simply demand social responsibility from corporations. It is not just moral or ethical in nature. History is rife with empirical evidences about the menace of inequality, which can lead to socio-political and economic instability.

As billionaire entrepreneur and investor Nick Hanauer puts it:

Revolutions, like bankruptcies, come gradually, and then suddenly. One day, somebody sets himself on fire, then thousands of people are in the streets, and before you know it, the country is burning. And then there's no time for us to get to the airport and jump on our Gulfstream Vs and fly to New Zealand. That's the way it always happens. If inequality keeps rising as it has been, eventually it will happen. We will not be able to predict when, and it will be terrible--for everybody. But especially for us.

Therefore, corporations with policies that promote inequality or those that don't take steps to help resolve it are practically shooting themselves on the foot.

Contrary to what some "experts" might say, equalization of wealth does not hinder economic growth. Policies that promotes wealth equality may not only make societies less unfair, but also wealthier.

There are two ways to equalize wealth: through redistribution and through opportunity.

To simplify, the former includes lowering taxes and relaxing regulatory environment and leaving it to businesses to raise people's incomes at the lower end to narrow the gap.

Redistribution, on the other hand, includes increasing taxes and tighter regulation to attack the issue at the high end.

In my opinion, the best measure to curtail wealth inequality in the country is to hybridize these two options. For example, we can relax regulations that stifle competition in one industry and impose regulations in an industry to prevent dominant companies from wielding anti-competitive practices. Fair competition is necessary except when it is neither possible nor desirable.

Same goes with our taxation system. Some higher taxes on the wealthy, but perhaps tax cuts for corporations as well.

The Filipino electorate will surely be hard pressed to make their choices come the national elections in 2016. As one of the tens of millions of Filipino millennials who are hungry for change in this country, I urge everyone to choose their candidates based on their opinions and performance on promoting equality.

But such responsibility does not rest on the hands of the public alone.

Filipino corporates and business enterprises should also have a wider recognition of the way we all suffer the costs of inequality and the roles business leaders, themselves, have to play in making sure wealth and prosperity are shared by all, if they want their businesses to keep moving forward.

Finally, the Philippine democratic government should represent its people, not just corporations, and must safeguard wealth equality for all citizens while also making sure that the country remains attractive as a place to do business. Enough with your abuses and rampant corruption! It is high time you do your fucking job!

Equality, whatever form the current battle is--economic, LGBT, civil, racial, or gender--is the defining element of our generation. We will always face opposition, and that is why we must never quit.

Let us make equality the law of the archipelago.