A few short blocks from the White House, our new film Dear President Obama: The Clean Energy Revolution is Now (directed by Jon Bowermaster, narrated and produced by Mark Ruffalo) will premiere this week at National Geographic's headquarters as part of the 24th Annual Environmental Film Festival in the Nation's Capital.

At issue: President Obama's environmental tenure and legacy, which has included both substantial steps forward and backward. He enacted the automobile fuel efficiency standard, has invested in renewable energy like solar and wind, has taken a strong stance against climate deniers and saw through the Paris climate agreement. At the same time, he oversaw a massive expansion of oil and natural gas drilling, much of it by more and more dangerous and extreme methods, chiefly fracking. 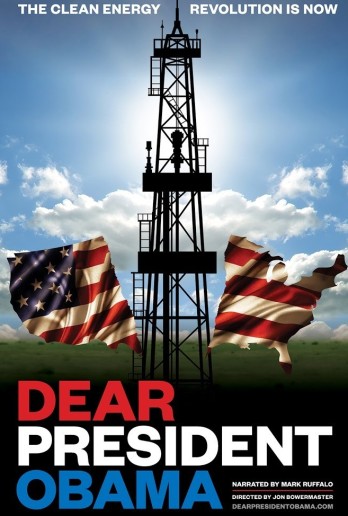 Dear President Obama addresses these contradictions, but more importantly it gives voice to some of the many Americans who have become the non-consenting victims of the president's "all of the above" energy policy that has so often meant everything belowground, no matter the costs of extraction. In many cases that has meant poisoned drinking water, polluted air, sick families, and communities torn apart. More than 17 million Americans now live within one mile of an oil or gas well, and more still are affected by associated infrastructure such as pipelines, air-pollutant spewing compressor stations and bomb trains.

Most importantly, the film is about the future. It serves as a call to President Obama, in the remainder of his term, to help the Americans who have been harmed, and to get us on a swift path to the clean energy future starting today.

There's still a lot President Obama can do before he leaves the White House in January. He can finally meet in person with Americans, who have been harmed by oil and gas drilling and fracking, and hear their stories firsthand. He can direct his EPA to investigate the many cases of reported water contamination across this country with the same emergency powers that EPA used in investigating Flint, Michigan. And he can stop all drilling on federal lands, which would prevent harm and do a great deal to truly address climate change by keeping fossil fuels in the ground as climate scientists agree we must. 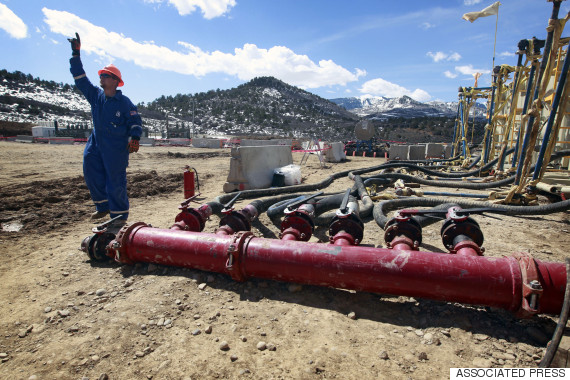 Ultimately the standard for environmental leadership at this crucial juncture in time is whether the challenge we face is met and whether people are protected. We no longer have time for stepping-stones, and many people ill-affected by extreme fossil fuel extraction are already bearing the tragic costs of inaction and half measures. Countless have been impacted by severe storms, droughts, floods, and fires wrought by climate change, while others living near drilling consistently cite headaches, nausea, asthma and breathing problems, rashes, and nosebleeds, symptoms which only get worse as time goes by.

The United States could lead the world by committing to a clean energy economy. Fossil fuels are the dirty energy of the past. They are on the way out, and everyone knows it. We have the ability to build the renewable energy future now, powered by wind, water, and the sun -- a better future for the country, with the added benefit of energy security, jobs and savings for all Americans. The question is how long we allow the special interests of the fossil fuel industry to hold us hostage to a dirty past, and how many more people will be harmed.

Dear President Obama calls for a vision, a plan, and bold leadership to create the clean energy future. It's a message to President Obama, but also to all elected leaders and the next president. 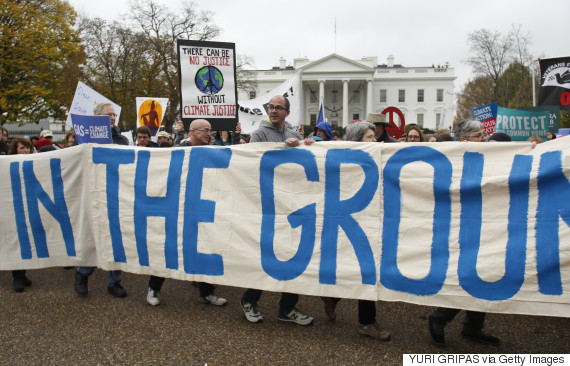 The film is also continuing to build the powerful grassroots movement that can counter the money and influence of the fossil fuel industry. The movement is the catalyst for change, providing the political backup to make the clean energy transition a real possibility. We've seen the growing movement accomplish incredible things, and we've seen President Obama respond and change policy positions, as a leader should. We hope it's President Obama's back that we can have.

Following the premiere in Washington, D.C., the film will tour across the United States this spring and summer. Advocates at the screenings will organize participants to ask President Obama to use his executive powers to stop drilling and fracking and help those who have already been harmed on his watch. They will organize around local fights to stop oil and gas drilling and its dangerous infrastructure, and to promote clean energy. Advocates will also recruit for a major rally and march outside of the Democratic National Convention on July 24 in Philadelphia, the March for a Clean Energy Revolution -- demanding an end to dirty fossil fuels and a quick and just transition to 100 percent renewable energy.

The open question is what President Obama will do during his final months in office: continue listening to the special interests of big oil and gas corporations or act boldly to meet the challenge of our time?

Mark Ruffalo is an actor, director, and advisory board member of Americans Against Fracking.

Jon Bowermaster is a writer, filmmaker, six-time grantee of the National Geographic Expeditions Council, and producer at Oceans 8 Films.