When I was a kid, I fell in love with musicals. All the other boys could quote baseball player stats and football scores all day long, but it wasn't my thing. I, on the other hand, reveled in discovering the breadth of Patti LuPone's career or learning every lyric from Weird Romance, an Off-Broadway flop from 1992 featuring some amazing performances. This was the little world I owned -- no one knew more about it than I did.

In high school and college, I started discovering other people who had the same thrill over hearing the name "Chita Rivera" as I did. Finally I was discovering my community. People who were unabashedly obsessed with Broadway became the folks I could identify with and I wanted to spend my time with (as annoying as that may sound to the non-musical theatre afficianado).

Netroots Nation is one of a few annual convenings of people who work in progressive campaigns, organizations and advocacy. The conference that brings thousands of progressives together prides itself on being on the cutting edge, whether it be the introduction of new technology, discussions about the past, presence and future of the movement, or hosting speeches where politicians compete to be the most progressive of all.

Over the years, Netroots has led by example, making sure that sessions submitted have diverse panelists and trainers, including a "Transgender Ettiquette" statement in the program and the panels themselves represent an extraordinary array of important issues affecting the entire progressive community. But something's not trickling down.

A common criticism of progressives (mostly from other progressives) is that we're all talk. Terms like "radical inclusivity," "privilege" and "intersectionality" dominate our discussions, but like the hypocrisy of some religious folks who don't practice what they preach, many of us fail at incorporating these memes into our daily work.

Last week saw several examples where we failed to live up to the progressive values we hold as ideals for our movement.

Sharing the conference hotel with us was a science fiction convention called DetConOne. As I moonlight as a voice actor on Pokémon, I'm extraordinarily familiar with the costumes, the discussions and the feel of conventions like that one. One thing that strikes me about the sci-fi/fantasy fan community is that acceptance and pride are unspoken community agreements. They are unapologetically nerdy, inspiringly proud of how they look in a costume, and most importantly -- always kind to one another -- to a degree that I've never experienced in any other community I've been a part of. 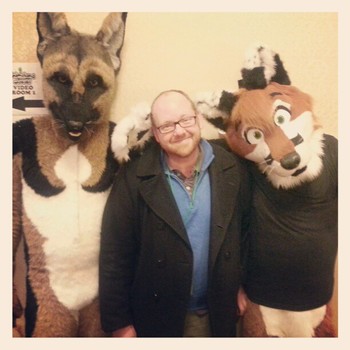 As the week progressed, I frequently caught some Netroots attendees rolling their eyes or saying things that were less-than-accepting of the attendees from the other conference. While I did catch this a handful of times, there were several who were quite willing to admit they too, were big fans of the genre -- a few even purchased registrations to the other con.

The final night of the conferences, there were several hotel parties going on at the same time. Two full floors of parties from the Sci-fi fans and a handful of events for Netroots attendees. For each of the Netroots parties, there was a barrier for entry. Folks were being denied admittance from different events for a variety of reasons -- some people were invited and others clearly were not. At one party, I was told directly that I wasn't supposed to be there because I didn't have a special bracelet. 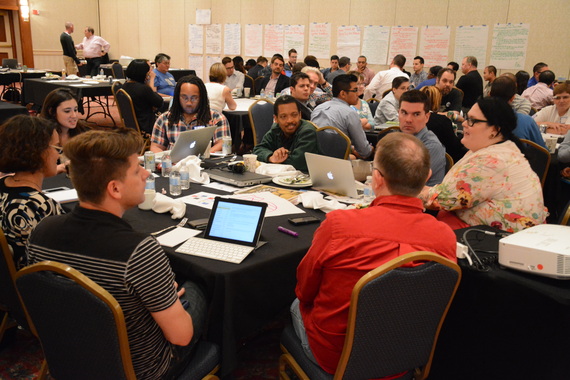 Naturally, I didn't want to be where I wasn't wanted, so I wandered down to the Sci-Fi con's parties and was welcomed in the door of all of them -- free drinks and food and even a dance party complete with a proud, tattooed, transgender woman DJing and a room full of pirates, wookies, lefty organizers, dreamers and dream defenders dancing the night away.

When moments like this and others were mentioned on Twitter and Facebook, the first response was a defensive one. "It wasn't me..." "I would never snicker at someone else..." or "I'm always welcoming and affirming of everyone!" I'm sorry, but that's no longer enough if we are going to continue to march under the progressive banner. Progress doesn't mean sitting and waiting for others to come to the table. Progress is showing others, by example, that they are wanted and respected at the table. We claim to be the place where everyone is welcome, but if you really think about it -- that's not what we're living. It may be what we're saying, but it's not how we act.

And it wasn't just about the parties and it never has been. At nearly every gathering of progressives, the most common feedback is frequently that it wasn't diverse enough, not inclusive enough or that people felt alienated and alone because of their identity. Our first response to this can never be "Well, everyone was invited -- it's their own fault for not showing up." If we take a second to actually be progressive and think about why this may be such a common problem, we can then begin to make it better.

We have an opportunity to take a step back and start living the things we talk about. We get so very stuck in the game playing, the climbing and the "fighting for others," that we stop understanding anything about those "others." We need to change that.

When a science fiction convention is more affirming, less body-shaming, more welcoming and less sneering than a conference with 3,000 plus "progressives," we're doing something wrong. I loved Netroots Nation in Detroit this year, but we need to do better as a community. I don't know about you, but I want to be part of a movement where the Muppet fans, the Star Wars lovers, and yes, even that little boy belting out "Don't Cry for Me, Argentina" are all encouraged to sit at the table.