One man has reportedly just found out that he and his wife, the mother to his three children, are half-siblings -- but he has yet to tell her the news.

In a "Dear Prudence" letter, a husband tells Slate.com contributor Emily Yoffe that he and his wife were both "born to lesbians" -- he to a single woman and she to a couple.

Unlike his wife, who'd met her biological father when she was 18, the man never felt the need to find his sperm donor until recently. His findings have left him in turmoil.

It turns out, his mother and his wife's mothers had gone to different sperm banks, but, as the man writes, "it appears so did our father."

To Yoffe, he describes his anxiety in telling his wife and even that he is considering keeping the discovery a secret.

"I can't help but think 'This is my sister' every time I look at her now," he writes.

"I think there's way too much emphasis put on DNA," she writes back. "Yes, you two will have had a shock, but when it wears off you will be the same people you were before you found out."

She also discusses how, or rather if, the pair should relay the news to their children.

Because the writer is anonymous, skepticism surrounds the letter. One "Dear Prudence" reader suggests that the story is "a fiction pushing a political agenda."

Yoffe acknowledges the chance for a fake, but asserts that she rarely publishes stories that wind up being false.

In the past few years, the sperm bank industry has experienced controversy quite often.

Most recently, one sperm donor in Kansas had to fight an effort to force him to pay child support for a child conceived through artificial insemination by a lesbian couple.

More famously, a scandal ensued in 2011 when the New York Times reported that one man fathered 150 children through sperm donation. 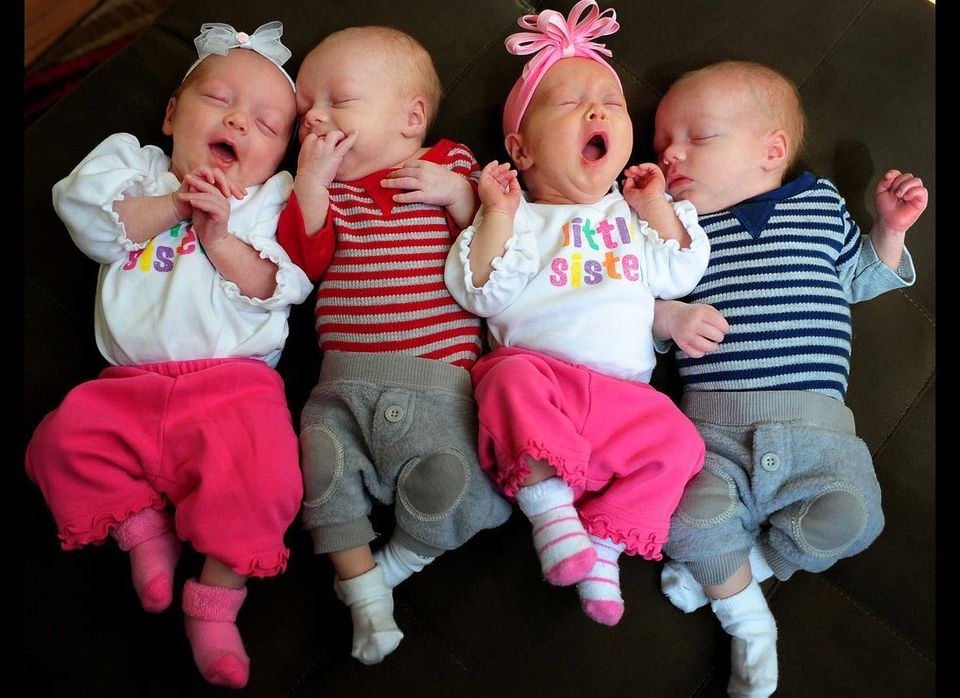 1 / 12
Crawford Quadruplets
Miranda and Josh Crawford's quadruplets, two sets of identical twins, were born six weeks early, on Feb. 4, 2011 in Charlotte, N.C. From left, Mia, Jackson, Madison and James, are all healthy and have gained about 3 pounds each.
Jeff Siner, Charlotte Observer / MCT