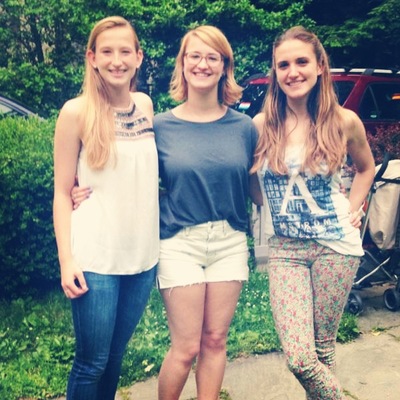 In the spring of 2013, I was spending a rare night out with some friends, including a friend of a friend that I'd never met before. I had been drinking and we had flirted, and even kissed, earlier that night. But when I went off to sleep in the spare bedroom of the apartment we were in and he, also a guest, asked if I wanted a "cuddle buddy," I responded with what I believed to be a clear and vocal "no."

When, a while later, I was woken up by him crawling into bed next to me, I again said "no." And when he started choking me, I struggled, showing "no" through my behavior. As young women, we are taught that there is power inherent in the word no.

Unfortunately, in my case, saying no didn't work.

After that night, I continued to use the word no. I said no to telling our parents, or you, what had happened. I said no to filing a police report or talking to a therapist about it. I said no to any and all opportunities for support or justice.

Turns out, it doesn't matter how many hours you've spent binge watching Law & Order: SVU, going to the cops is terrifying. Almost as terrifying, I discovered, as living with the pain of sexual assault and not telling anyone.

At the time, the hardship on my life -- getting poked and prodded, reliving that night over and over in what I imagined to be a cold, damp interrogation room, the court appearances, and the stigma that comes with being the girl who was sexually assaulted, seemed to not validate prosecution given the high likelihood that my attacker would be found "not guilty" anyway.

So I started writing. I've been working on this piece for over a year and it's gone through many incarnations. Throughout the process, I've learned that silence doesn't make things better, but knowing that silence isn't the answer wasn't enough to get me to speak out. Rather, it was you. 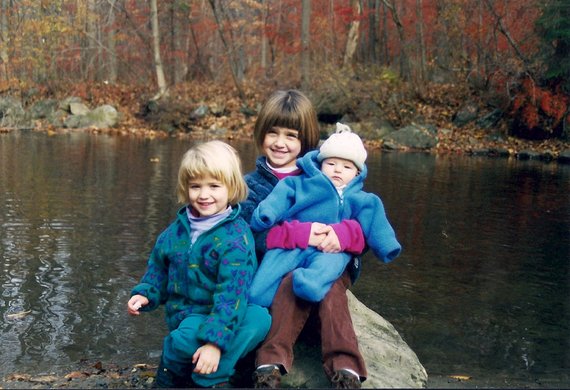 What has scared me more than anything is what my silence may have meant for you. Nearly one out of every five women in America has been the victim of sexual assault. It terrifies me that you might be living with the same secret as I have been, because you feel the same shame, fear, and isolation that I once did.

Recently, many college students have spoken out about their sexual assaults online and in the media. I applaud them for their bravery. Watching them helped me come to the realization that holding mine in, or keeping it on paper in a folder in my closet, wasn't me letting it go.

Instead of overcoming it, I've lived with it -- sharing my life with a parasite that has eaten away at my ability to form close friendships, trust my peers, and be in a healthy relationship. I am jumpy, nervous, and have trouble spending the night alone in my apartment without waking up every few hours to check the locks and peek behind the shower curtain.

Some might say that just talking about something won't make a difference. I respectfully disagree.

When Abraham Lincoln issued the Emancipation Proclamation in 1863, he based his decision on the Union's ability to win the war against the Confederate south. But while Lincoln's decision on slavery was centered on the war effort and gaining a competitive advantage, it was informed and driven by a number of his close friends and advisors who believed that slavery was morally wrong and indefensible. It took years of work by abolitionists and activists like Frederick Douglass telling stories and sharing narratives, slowly winning over a large enough group of people to shift public opinion all of the way to the White House.

I think that this is something that we can replicate with sexual violence in America. If those impacted most directly by it speak out at a large enough volume for a sustained period of time, even those who don't necessarily feel a strong connection to the issue will eventually join in, building a tidal wave of supporters whether they are there for ethical, moral, legal, or logistical reasons. Supporters who understand that the first step to stopping sexual violence is to start talking about it openly and honestly for what it is, an assault against not just the body, but also the mind and the spirit.

Being able to have discussions around sexual assault, while they are awkward and hard, will put cultural reform in the fast lane and result in young women and men who are physically and mentally healthier and safer. It is important to remember, of course, that not all perpetrators are male, and not all victims are women.

By being inclusive with the conversation, all people will understand the repercussions of sexual assault on an emotional and societal level. Rather than just being taught that they must control their urges, men and women will have a deep understanding of why sexual assault is a crime that goes above and beyond it's illegality.

By way of this public letter, I am speaking out and adding my voice to the growing chorus, but I also have come to believe that my words have power even when shared only with a close group, like you.

A 2013 study in New Zealand found that writing does literally have healing powers. Researchers found that adults who wrote about their thoughts and feelings before going into surgery, recovered at a markedly faster rate than those who did not write. This isn't just emotional recovery; they actually healed faster physically.

The study concluded that writing about distressing events helped the participants to "make sense of the events" speeding up the recovery process down to the cellular level. I find this almost overwhelmingly encouraging. If writing does indeed help, even for those who don't identify as writers, we've found an almost universally accessible method of combatting the trauma associated with sexual assault. Not a fix, but a start.

Sharing this letter with you, our parents, and the world, is the hundredth, but not the last, step in my healing process. It's been a tough road and I feel so blessed to have you by my side. Even though you didn't know what I was going through, you were loving and supportive. For that, I am forever grateful.

Be strong, speak your truths, and share your stories. Your words have the ability to heal yourselves and change the course of history.

You are powerful and inspiring women who are finding your way in a world that can be hard to navigate. I hope that you have not been and will never be the victims of sexual violence, but if you are know that I understand, that I love you no less, and that you still have a voice. Use it.

1. Tell Your Story And Find Resources For Survivors

3. Join the conversation on Twitter with the hashtag #DearSisters

Pippa Biddle is a writer, speaker, and entrepreneur. Pippa is also a Youth Representative to the UN for the Jane Goodall Institute, is on the Editorial Board of The FBomb, a feminist blog, and is on the board of Onwards, a non-profit that alleviates poverty through socially responsible tourism. You can find out more about Pippa, and read more of her work, at www.pippabiddle.com.