"I don't get why you're upset about the Confederate flag. It's not racist."

This phrase, a phrase that I have heard too often since the tragic Charleston, South Carolina massacre a few weeks ago, is one masked by hate.

To many of my white friends, the concept of why the confederate flag is offensive to me mystifies them beyond measure. This concept confuses them because they misunderstand the Confederate flag's association with slavery, segregation and suffering. This concept confuses them because they are too immersed within their white privilege to understand why it acerbates me and those like me.

Although some of my friends may feel an undeniable attachment to the flag and its "southern pride," it sickens me that my friends refuse to be aware of how that very same flag makes me feel inferior, unwanted and dehumanized.

This is how a young black boy may feel when he encounters a Confederate flag.

I completed my undergraduate education at Miami University in Ohio, a university where only a mere three percent of the student population is black and the majority of the students' families, most of whom are white, make over $100,000 annually. In other words, I was a demographic loner.

What do you do when you're a loner of any sort? Make new friends! At Miami University, the best way to make new friends was by joining a fraternity, considering that more than a third of the student population was greek. The recruitment process, or "rush," as some may call it, can be tedious. Each potential recruit strolls into various fraternity houses, mingles with the guys and, if it all goes well, gets a bid to join.

Being one of the only black faces prancing down the frosted roads of frat row, I had a slightly different experience. I went from house to house as happily as can be, like a child trick-or-treating. If only I knew the real treat in store for me that day.

I had finally arrived at the house that I wanted to join the most. I was shuffled from room to room to give my canned speech to my (hopefully) new brothers. Each room was bigger than the last, and filled with better conversation -- that is, until the final one.

My eyes widened, my mouth dropped and my body felt paralyzed by the massive star-studded red, white and blue flag. This wasn't the type of flag you pledged allegiance to in elementary school; it was the type of flag from which any young black boy in modern day America would run and never look back.

"Oh, it's not what it seems! Our fraternity was founded in the south. We want to show our pride!"

Immediately, I felt embarrassed. I felt degraded. I felt unwelcome. I felt stupid. I felt dirty. I felt unequal. I felt violated. I felt like a n*gger.

On that cold winter night, going to college was my biggest accomplishment to date. I was the first in my family to go to college, not because of my ancestors' lack of effort, but because of the burden this flag's symbolism placed upon their backs, a burden that this flag had now put upon my shoulders, a burden I had hoped I would never have to carry.

I carried that burden out of that house and into my dorm. I carried that burden as I walked across my university's stage at graduation, and I carry that burden today. Whenever I see a Confederate flag, those same sickening emotions overwhelm me and, once again, I feel exactly how that flag is meant to me me feel -- like nothing.

Do you dare carry the burden of black Americans? Do you dare to not only stand beside us, but stand up for us when we demand the South Carolina state capitol and others alike to "take down that flag"? 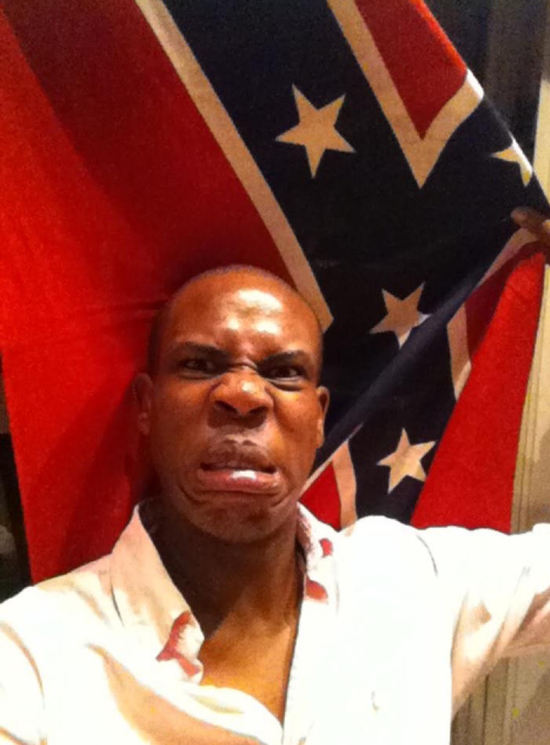 Ferocious it boy of Chicago