826 Valencia is a nonprofit organization dedicated to supporting under-resourced students ages six to eighteen with their creative and expository writing skills and to helping teachers inspire their students to write. Our services are structured around the understanding that great leaps in learning can happen with one-on-one attention and that strong writing skills are fundamental to future success.

Sure, we've all heard about the drought. It is causing a dry spell with very little rain, and it is drying out the landscape. But there is one terrifying fact that most people don't know: the drought is literally MOVING us! According to NASA, "So much groundwater has disappeared -- much of it from pumping to farms -- that it's causing the state to shrink in mass."

Now, you may be thinking, "Why should I care if there is a drought?" There are a few simple answers. First, the obvious one: we, animals, and plants all need water. Then there are some that we take for granted. We could lose precious things we use daily, such as taking showers and washing dishes. The final point: we could lose our crops and not have enough food.

According to "California's Record Drought Is Making Earth's Surface Rise", "The record-breaking California drought is so bad that monitoring stations used to study earthquakes can detect the drying ground rising up. Measurements of these subtle movements, made using GPS instruments, suggest that the western United States is missing some 62 trillion gallons of water, enough to cover the entire region six inches deep." So there you have it: we are rising AND shrinking. 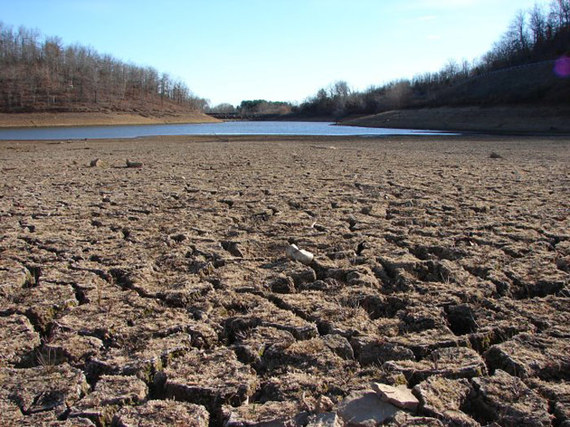 Another thought that may be going through your mind is, "How can I tell the difference between hot weather and a drought?" According to Juliet Christian-Smith, a climate scientist with the Union of Concerned Scientists, "The difference between hot/dry weather and a drought is that 'drought' means a dry period bad enough to have social, environmental, or economic effects. In other words, droughts occur when people or the environment suffers from water shortages."
Are there different classifications of droughts? Christian-Smith says, "Yes, the U.S. Drought Monitor has four different drought classifications. Most of California is currently in an exceptional drought, which means that there are "exceptional and widespread crop/pasture losses; shortages of water in reservoirs, streams, and wells creating water emergencies." California is in the highest level of drought, called a D4.

How do droughts affect us? Christian-Smith says, "Droughts often mean that people who live in cities and towns have to conserve water by not watering lawns or washing cars, taking shorter showers, and turning off the tap while we brush our teeth. Droughts also mean that farmers have less water to grow food."

What does it mean that the drought is shrinking California? Christian-Smith says, "If you think about the ground as a sponge, when we have a lot of water it sinks into the ground and fills up the sponge. When we pump water out of the ground and we don't have a lot of rain, the sponge can dry up. When the 'sponge' of the soil dries up it shrinks a little, we can detect this shrinkage when we see that the land is dropping in certain places where it is very dry and we are pumping a lot of water out of the ground."

Now I pose one final question: How can we stop this drought? Christian-Smith says "Use water wisely: when we use less water, there is more water to go around. Most of the water that we use in California is used outdoors, to grow crops and to water lawns; therefore it is particularly important to find ways to minimize outdoor water use. For instance, some people have 'drought-tolerant lawns' that have plants that use less water instead of grass.''

So now that you've heard this, will you take a long shower tonight? Will YOU use the extra water?

The writing on this blog comes out of the Valencia Bay-farer journalism workshop, a free workshop for elementary and middle school students that produces 826 Valencia's one and only in-house newspaper. To learn more about 826 Valencia, visit 826valencia.org.