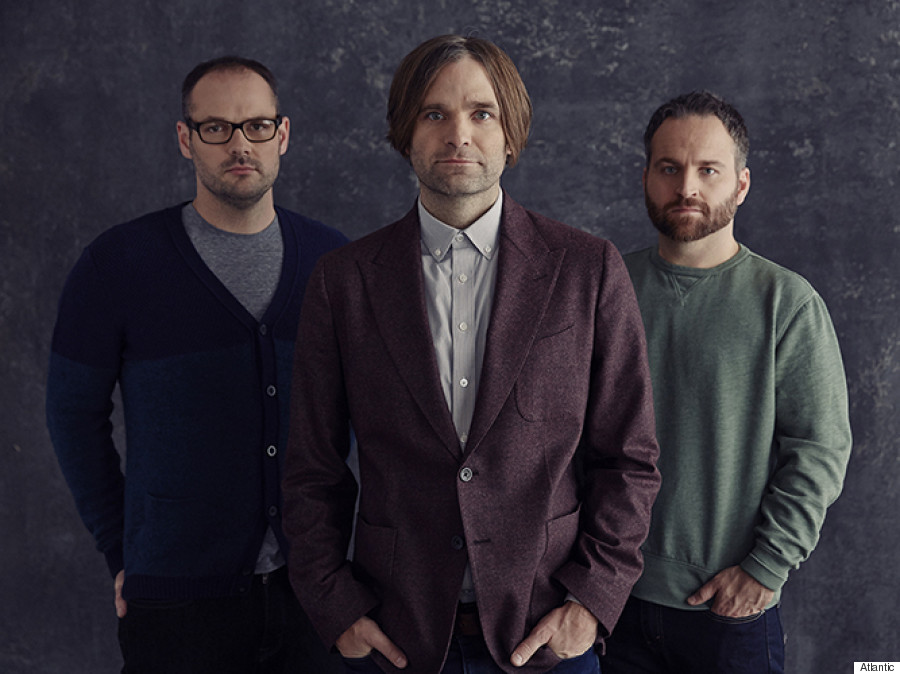 On a snowy night in January, Death Cab for Cutie packed Music Hall of Williamsburg, a much smaller venue than the band usually plays. In a few months, they’ll come back to New York and take on a bigger space, the holy grail of arena stops -- Madison Square Garden -- but in a small room in Brooklyn, 550 fans bundled together to stay warm and sing loud.

Ben Gibbard, the band’s forever frontman, known for his unapologetic love songs, bounced from one foot to the other, shielding himself with his guitar. His legs seemed unattached from his body as he sang lyrics that ended up on “The O.C.” in 2003. He got through “You Are a Tourist” and “Doors Unlocked and Open,” the two songs from the band’s 2011 album “Codes and Keys” that people still want to hear. Who cares that they’re about his ex-wife, Zooey Deschanel, or that the entire album now sounds like it was written by a man unaware of his own demise (and impending divorce)? To the people in the room, the fans who trekked through the snow, they’re about the person standing by their side, who they’re maybe still in love with.

And when the band bounded into “Black Sun,” the first single off Death Cab's new album, “Kintsugi,” the crowd dug it. “I feel like this batch of songs fits fairly seamlessly in with the old material that maybe some stuff on the last record didn’t,” Gibbard had said a few days before. “Every time we played a set that has new material in it, it always feels like we’re flying down the highway and we have to throw the brakes on for the new songs. Like you see a cop with a radar gun, like slow down.”

Gibbard began the show’s encore with an acoustic version of “I Will Follow You Into the Dark,” sweat dripping onto his gray pleated trousers. The familiar words ached and stretched as he sang. He sounded good. The new songs sounded good, and the crowd realized: Death Cab’s only speeding up.

Earlier that week, Gibbard, drummer Jason McGerr and bassist Nick Harmer sat in a cushy room at Atlantic Records’ offices. They had just barely made it into New York before winter storm Juno picked up speed, and were downing drugstore remedies to fight off colds. Handlers brought in soup and Saltine crackers. They pressed their faces up to the window of the midtown skyscraper to watch snow fall on Manhattan.

It’s just the three of them now, though they’re accompanied by two new touring members (Dave Depper and Zac Rae). Last August, Chris Walla, the band’s founding guitarist and producer, announced that he would leave Death Cab after 17 years, via a column in Seattle alt-weekly paper, The Stranger. “Moving forward, my plans are simply to continue making music, producing records, and erring on the side of benevolence and beauty whenever possible,” he wrote. “Darkness may find me, but I shall never choose it.”

The band knew it was coming. About a month after they started recording the new record, Walla told them he was planning to leave. ”He didn’t realize he was in a rock band until five years into the band,” Gibbard said. “I think he kind of came to the conclusion it was time for him to follow what he felt was his true calling. It’s bittersweet. There’s the relief that it’s finally happened and ...”

“It'll be better for everybody if we’re all doing what we want to be doing,” Gibbard reasoned. “If Chris decided he wanted to focus on production and other projects and move on to other phases in his life. I’d much rather him do that than stay and not be happy. “

Walla’s departure signaled a turning point that has only invigorated the band while they tour and promote “Kintsugi,” their eighth studio album. Walla stayed on to record the album from start to finish, but it was the first Death Cab album produced by an outsider, Rich Costey.

It's a reflective record, with obvious lyrics like, "You've haunted me all my life / You are the mistress I can't make a wife." With a comfortable sense of authority, it's a reminder of why you fell in love with “Transatlanticism,” “Plans” and Seth Cohen. On the surface, “Kintsugi” is a break-up record, a bounce back from “Codes and Keys,” which was met with a resounding “meh” from critics and fans. Listening to it now seems like a horrible “I told you so,” and if you know Gibbard’s love life, it’s almost easier not to listen to it at all.

“Divorce is an ugly and painful thing,” Gibbard said. From the man who wrote lyrics like, "You're the only song I want to hear," this sentiment stings. “As I was writing tracks for this record, I made the conscious decision to not edit that for fear of people either correctly or erroneously putting a face on some of these songs. They’re bound to do that no matter what I was writing about.”

Gibbard added, “Obviously, divorce is naturally going to hang over this record because it’s the thing people probably know the most about in the last two years.”

He explains, though, that songs such as “No Room In Frame” and “Binary Sea” are about other things, stuff like social media and fame and curiosity, things he observed and witnessed in the past few years. These tracks, the ones that seem to bite at no one in particular, are still riddled with the kind of anger and frustration reserved for an indie-emo band. What am I doing with my life? Fuck these feelings.

“Little Wanderer” is one of Gibbard’s favorite songs on the record. “There’s this trope in rock and roll music like, ‘I’m leaving baby and I gotta go on the road.’ It’s always written from the perspective of the person who’s leaving. I just thought it’d be interesting to write a song from the other side, the person who’s sitting at home waiting for the person," he said. "You’re gone a lot and you create a lighthouse of a person at home. But the lighthouse never gets to write its own song.”

And “Good Help” focuses on Gibbard’s time in Los Angeles -- living with Deschanel -- and the people who’d been addled by fame.

“I’ve never been in so many contact with people who had created a world around them that was basically there to tell them what they wanted to hear. I think that fame freezes people at the age at which you got famous. If you watch a documentary about a rock band and they’re super super famous and they’re acting like 19 year olds, it’s like oh yeah because they got famous when they were 19," he said. "There was never anybody around to tell them what they were doing was not fucking cool. I think the entertainment industry is wrought with people who have had their development arrested at a certain point because of that. I have empathy for that.”

Coming from a Grammy-nominated band a raised eyebrow seems appropriate. “You’d have to ask someone else,” Gibbard said when asked if they saw some of that in the mirror.

“We were never on that kind of rocketship,” Harmer said. “At no point did I wake up and find myself in a room or surrounded by people that I had no idea how I got here or now they got here or anything. Where we’re from, valet parking is something that just isn’t ... what is that? Our environment doesn’t support that culture.”

That environment is Seattle. Death Cab for Cutie is as much a part of the Pacific Northwest as bands like Pearl Jam or Sleater-Kinney. “The city of Seattle and the Northwest in general doesn’t tolerate rock star bullshit,” Gibbard said. “It’s the reason you still see the Pearl Jam guys around town in the community. If you heard about one of us going to a restaurant in Seattle and demanding a table because we were in Death Cab for Cutie, we would get laughed out of the city.” 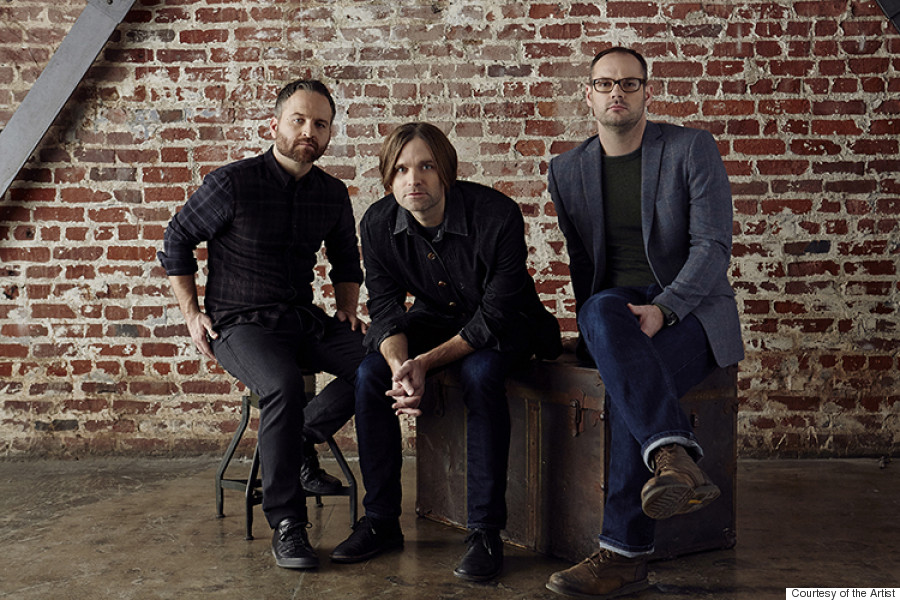 "I need you so much closer” -- it’s perhaps the most famous Death Cab lyric, the “Transatlanticism” refrain that’s held out eight times in a row, four times in a row, until it’s just a thirsty whisper. It’s the title track on the band’s most well-known and beloved album, and in Williamsburg, 12 years after it was released, Gibbard sung it over and over again. He leaned forward as his hair drooped over his face, stopping just above his nose.

“The kid who fell in love with ‘Transatlantcism,’ we can’t recreate that moment for them,” Gibbard had said in Atlantic’s studio. “But I want to make something that reminds people who have been fans for a long time what they love about the band. If we were trying to be relevant we would be making music that sounds like Animal Collective. It doesn’t matter if it’s relevant to what Pitchfork is writing about. It matters about what’s relevant in their lives. To me that’s the goal.”

Death Cab for Cutie's "Kintsugi" is due out March 31 via Atlantic Records, and is available to stream via NPR.