A dear old friend of mine died in the night. His name was James Gregan. He had fought a successful battle with liver cancer many years ago and, apparently, over the past couple of months, it caught back up with him and took him away. I say "apparently" because I really don't know how long he's known that his days were numbered.

Rod, another old friend, was the one who called me to give me the news. The three of us had been thick as thieves in younger days. When I asked Rod if anyone knew how bad it really was, he said he didn't think so. At least, the people Rod had spoken to over the last 48 hours were taken completely by surprise.

"That's exactly what I would have done," he said. 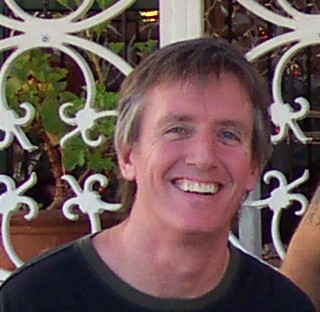 James, if you've been lucky enough to have one like him in your life, was the person you knew you could call if you ever needed help. He would drop everything if he felt his assistance could make a difference, and you didn't have to be a member of his family or close circle of friends to warrant it. Knowing James was like having the Batphone next to your bedside table. Like a responsible Commissioner Gordon, I never used it -- thankfully have never had need to --- but knowing it was there is a feeling that I will miss the rest of my days without James Gregan in this world.

James had more friends and was more deeply and thoroughly loved than anyone I have ever known. Though he would never say such a thing about himself, I'm sure on some level he knew the impact he had personally had on literally hundreds of people. James was George Bailey. If he were ever in trouble, he would never have asked any of us townsfolk for help, but if we found out he needed us, we would be there moments and in droves.

I think that's why few of us knew. One word to the right person, and he would be surrounded by hoards of loved ones wanting to be there for him. Hoping to see him one more time and tell him how much they love him and thank him for his generosity and friendship. We would have all dropped everything and rushed to his bedside from every corner of the planet and been happy to do so. But that's not the Gregan way. He slipped out of our lives stealthily, so as not to cause any bother.

When I first heard James had taken a turn for the worse, not even three days ago, I was told he had a couple of months at best, so I figured I had some time and would wait until the crowds thinned out a bit before going to see him. I thought about what I would say to him. What needed saying. What I needed him to know before he departed. But I could think of nothing outside of telling him how much I love him and thank him for the incredible contribution he had made to my life. But he already knew those things. 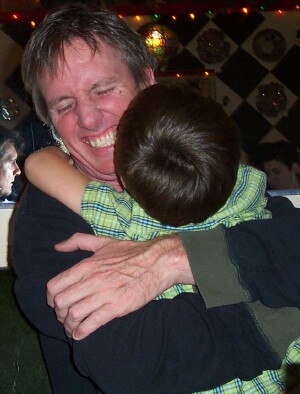 Our relationship was complete. There were no axes to grind or unfinished business. No unspoken affections or apologies to make. That was another thing James did for those who knew him. He cleaned up his "messes" with you, allowed you to clean up yours with him, and in doing so informed you that, above all else, his relationship with you was about love and caring.

James left quietly, but the impact he had on the world will continue to resonate though the people who knew and loved him. We will miss him terribly.