Everything we value is possible only because of death. The ancients couldn't have known this truth revealed by science. We can no longer afford to remain ignorant of it; the cost is too high. Death is no less sacred than life.

Most people, whether religious or not, are tragically unaware of what has been revealed about death in the past few hundred years, through evidence. This ignorance now fosters untold suffering -- for families and for society, as well as for individuals.

I am regularly asked (especially since I was diagnosed with cancer three years ago), "Do you believe in an afterlife? What do you think happens to us when we die?" My typical response is to make one or more of the following points... 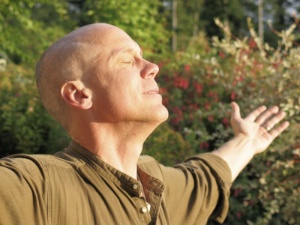 1. As I discuss in "The Gifts of Death" section in my 2009 book, it is vital when thinking about death in the abstract, when contemplating the inevitability of our own demise or when grieving the loss of a loved one to call to mind the positive role of death in the Universe. Widespread ignorance of the now-indisputable fact that death is natural and generative at all levels of reality, coupled with our culture's failure to interpret the science in ways that help us to feel the sacred quality of death, result in not only distorted but outright disabling views.

Honoring the creative role of death in the cosmos does not, of course, take away the anguish and grief we feel when someone or something we love dies. Such intense feelings are normal and healthy. They should be honored and allowed time to dissipate naturally, which can often take a year or two (and sometimes much longer). But what a gift to go through the grieving process while resting safely in a reality-based (even beautiful) big picture "container" that puts our personal loss in perspective! Death is assuredly not a cosmic mistake; it is not "the enemy." Indeed, contrary to the writings of the Christian Apostle Paul, humans bear no responsibility for the existence of death in the Universe. And we don't need to believe this; we know it. God (reality mythically personified) revealed it through science.

(Here you can sample testimonials from my wife and my last decade on the road that demonstrate the emotional gifts of a science-based perspective, meaningfully interpreted, even in such unspeakably painful cases as the tragic loss of a child. It is also important to bear in mind that Moses, Jesus, the Apostle Paul and Muhammad could not possibly have known what we know about death. This evidence-based understanding couldn't have been revealed in a way that we could have received it, prior to telescopes, microscopes and computers.)

2. By taking the long view of "big history," and thereby nurturing an extended sense of who I am, I begin to experience a "self" that does not stop with my skin. Earth is my larger Self. The Universe is my even larger Self: my Great Self. So, yes, "I" (in this expanded sense) will continue to exist even after "I" (this particular body-mind) comes to a natural end. Recognizing that my small self will soon experience death everlasting, I find deep comfort in knowing that my larger Self will live on. More, I am powerfully motivated to be in action today precisely because I do not ignore or deny my mortality. My human self has but a brief window of opportunity to delight in, and contribute to, the ongoing evolution of the body of life and human culture. Truly, this is it; now or never.

I am immensely grateful for both the comfort and the compulsion born of this sacred evolutionary perspective.

3. From a religious naturalist standpoint, it seems clear that we go to the same place we came from before we were conceived -- the same "place" that trillions of other animals and plants have gone throughout Earth's history whenever they perished. Some speak about this transition as "coming from God and returning to God." Others prefer the imagery of "coming from mystery and returning to mystery." Still others, as "coming from nothing and returning to nothing." All are legitimate (as well as emotionally satisfying) ways of thinking and talking about what happens at death.

As to my own beliefs, I usually respond (with humor), "If it turns out that where I go isn't the same place that all other animals, plants and bacteria have gone throughout Earth's history, I'm gonna be pissed!"

4. A universal experience (whether or not we choose to admit it) is this: death is no less partnered with birth than a magnetic north arises only when there is also a south. From the moment we take our first breath, the outcome is ultimately death.

Any so-called "faith" that doesn't include trusting that whatever happens on the other side of death is just fine is, in my view, really no faith at all. Fear of a terrifying, hellish after-death scenario, or hope of a blissful, heavenly after-death scenario are just that: fear or hope; not faith, not trust. As legendary Griefwalker and "Angel of Death" Stephen Jenkinson warns: "Not success. Not growth. Not happiness. The cradle of your love of life ... is death." (I highly recommend watching the documentary, "Griefwalker," which is freely available online, here.)

5. The idea of being "rewarded" (condemned?!) with experiencing even one day of unnatural after-death existence would occur to me as hell, not heaven, were I to think of (or worse yet, witness from on high) a divinely decreed eternal torture of others who had in some way missed the mark. Adding to the repugnance would be knowing that those relegated to never-ending suffering included not only perpetrators of outright evil but also those condemned for nothing more than holding wrong beliefs -- that is, beliefs different from mine.

6. Here is the way I discuss the subject of "the afterlife/what happens when we die" on pages 116-117 of my book, "Thank God for Evolution":

My formal training for becoming a United Church of Christ minister culminated in an ordination paper that I wrote and then presented to a gathering of ministers and lay leaders. Titled "A Great Story Perspective on the UCC Statement of Faith," my talk stimulated a host of comments and queries. A widely respected minister posed a question I shall never forget. "Michael," he began, "I'm impressed with your presentation and with the evolutionary theology that you've shared with us. However, there's a little boy who lives in me, and that little boy wants to know: Where is Emory?"

Emory Wallace, a well-known and beloved retired minister, had for nearly three years guided me through my ministerial training. He died suddenly, at the age of 85, just a few weeks before my ordination hearing.

"Where is Emory?" My mind went blank. I knew I needed to say something -- after all, this was my ordination hearing -- so I just opened my mouth and started speaking, trusting the words to come. My response went something like this:

Where is Emory? In order to answer that question I have to use both day language (the language of rational, everyday discourse) and night language (the language of dreams, myth and poetry). Both languages are vital and necessary, just as both waking and dreaming states of consciousness are vital and necessary. Like all mammals, we cannot survive without dreaming. It is a necessary function of our brain. Sleep is not enough; we must be allowed to dream.

We, of course, know that day experience and night experience are different. For example, if you were to ask me what I did for lunch today, and I told you that I turned myself into a crow and flew over to the neighborhood farm and goofed around with the cows for awhile, then flew to Dairy Queen and ordered a milkshake -- and if I told you all that with a straight face -- you might counsel me to visit a psychiatrist. However, had you asked me to share a recent dream, and I told the same story, you might be curious as to the meaning of that dream -- but you wouldn't think me delusional.

So in order to respond to your question, "Where is Emory?" I have to answer in two ways. First, in the day language of common discourse I will say, Emory's physical body is being consumed by bacteria. Eventually only his skeleton and teeth will remain. His genes, contributions and memory will live on through his family and through the countless people that he touched in person and through his writings -- and that includes all of us.

But, you see, if I stop there -- if that's all I say -- then I've told only half the story. In order to address the nonmaterial, meaningful dimensions of reality I must continue and say something like: "Emory is at the right hand of God the Father, worshipping and giving glory with all the saints." Or I could say, "Emory is being held and nurtured by God the Mother." Or I could use a Tibetan symbol system and say, "Emory has entered the bardo realm." Any or all of these can be considered practically real, rather than factually real -- that is, true within the accepted logic and understanding of mythic night language.

My response was well received in that meeting 22 years ago, and it has shaped my thinking ever since. Recently, I blended the core of that distinction into my Great Story talks and workshops. I am sure that my understanding of day and night language -- language of reason and language of reverence -- will continue to evolve and thus inform my preaching, my teaching and my personal relationship Reality.

"The Gifts of Death" -- A Responsive Reading In Celebration Of Death

ALL: What, then, are the gifts of death?

ALL: The gifts of death are lives that are fully and exuberantly lived, then graciously and gratefully given up, for now and forevermore. Amen!

Can Death Become Your Ally? (HuffPost blogpost by Duane Elgin)

Startull: The Story of an Average Yellow Star (evolutionary parable by Connie Barlow)

Immortality Projects in the Internet Era: The Rise of Volunteerism, the Demise of Consumerism, and the Democratization of Cultural Progress (blogpost by Connie Barlow)