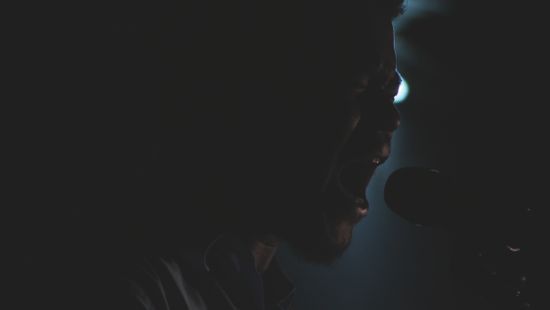 "Just when we check that oppression 'a go end, them invade Angola again" -- from "Angola Invasion" by Jamaican dub poet Mutabaruka

The southern African country of Angola has had a tumultuous history. Colonized by the Portuguese since the 16th century, then overwhelmed by conflict, civil wars and international power struggles played out within its borders, it's safe to say that the average Angolan has never truly lived peace. Of course, watching the country's predicament from afar could have created the usual detachment woven by the media overload of images of war thrown at us on any typical day, but upon deeper consideration it's overwhelming to realize the incredible human catastrophic burden of it all. The tragedy of family members who watched their loved ones being murdered, homes where the dead could not be buried while they putrified and decomposed and children left homeless and orphaned by the destruction of their homestead and safety as they knew it.

Yet if we've learned anything in life, it's that the human spirit has incredible resilience and out the most horrific events there almost certainly will grow beautiful results. In his documentary titled Death Metal Angola, which premiered at this year's Dubai International Film Festival, filmmaker Jeremy Xido finds, with the help of his wonderfully positive protagonists, the Phoenix that has risen out of the ashes of war in Huambo, a city in the Angola highlands. With its epicenter at the orphanage of Okutiuka, Xido discovers a culture of music and life, accompanied by the kind of joie-de-vivre that can only come from having lived through unbearable hardship and strife.

Death Metal Angola is a beautiful film, one that is bound to become a cult classic, watched dozens of times -- as I must admit I've been doing with my screener. Xido's protagonists have found the hidden energy of a style of music that perhaps at its core meant to heal and inspire, but has always represented a completely different energy for me. Death metal or black metal is that nordic, dark music that seemed favored by skinheads and white extremists, yet for the kids of Okutiuka, their guardian Sonia and her boyfriend Wilker, the music draws from their personal experiences and from their African roots, while the lyrics help to purge all the specters of a past lived in their hell on earth. As Sonia touchingly admits at one point, in her soothing Portuguese: "Rock was one of the ways that helped me to fight for my freedom."

Death Metal Angola also promises to make coveted rockstars of Wilker Flores, the groups Dor Fantasma, Neblina, Before Crush and Black Soul, among many, many more musicians featured in the documentary. It's a must-watch film which will be screened next at the International Film Festival Rotterdam as part of their Signals: Sound Stages program. And make sure you watch it through the final credits -- you'll thank me for the advice.

I sat down with filmmaker Jeremy Xido for an interview during DIFF, and then kept magically running into him throughout the festival. Xido is at once humble and inspiring as he talks about how he came up with the idea for his fantastic film, his thoughts on growing up in Detroit and how a cup of coffee changed his life.

How does it feel to be in Dubai? 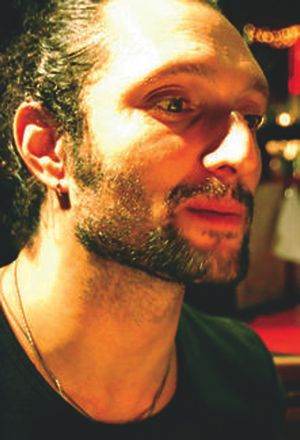 This is one of the most surreal places I've been in a very long time. It's a little bit like being on the holodeck of the Starship Enterprise.

I am now based in NY, just as of February. Before that I was based for about 10 years in Europe.

How did you come up with this documentary, this particular subject?

I was in Angola researching a totally different movie, about a train line that goes through the middle of the country being built by Chinese construction workers. The train line passes through this town Huambo, which used to be a really beautiful town and was completely destroyed during the war. So I stayed in Huambo for a little bit, desperately needed a cup of coffee and there's only one cafe in the whole town.

Coffee will always get you in trouble.

Totally! There is only one cafe in the whole city where you can get a decent cup of coffee and Portuguese pastries, it's called The Imperial. It's where all the expats and the de-mining people and the military guys and the Lebanese businessmen will meet and get an espresso. It's surrounded by buildings that are kind of bombed out or have bullet holes, yet it's this really nice place. I was sitting there on the terrace having my coffee and there was a young man who sat on the other side of the terrace, whom I'd seen before, dressed in a blue button-down oxford shirt, with little dreadlocks, and he waved me over. He said he was a musician and played death metal. I told him I needed to hear him play. So later that night he gave me a call and said that I should meet him at the "Orphanage," which I figured was a dance club or something like that. He gave me the address and I drove there with a couple of the Chinese construction workers I was interviewing. We get to this neighborhood, that's completely pitch black, there is no electricity... We ended up in this bombed out factory and it's the "Orphanage." There's Wilker, the guy I'd met at the coffee place, stealing electricity from some line, plugs in his amplifier and then, in the shadows, there's these little kids running around everywhere. And the only light we have comes from the headlights of the SUV that we've driven over in. All of a sudden I realize it's a real orphanage, these are real orphans, and it's where Wilker lives! He plays this open air death metal concert, the kids hang out and watch, then run away then come back. And it was one of the most bizarre and moving things I'd ever seen. I mean, I hate metal...

That was my only reservation. Give me reggae or soul, but black metal, not really my cup of tea, or at least I thought so before your film.

Totally, I hated it too! I was the only white kid in my neighborhood in Detroit, I probably didn't realize I was white until I was about 13 years old... But for me, and for all of us, metal is what white kids in the suburbs would listen to. Then, when I met these guys and the way they approach it, and what they're doing with it... If you listen to them and in particular Wilker, who is one of the main protagonists of the film, the guy who played the concert that night, he'll say "no, metal is African" its roots come with slaves who were brought over to the United States and then blues mixed with this and made its way to the UK...

How do you deal with this contradiction in the film?

The film really revolves around the character of Sonia who runs this orphanage and protects these kids. And rock has been a super important thing in her life. And that's really the soul of it and this music is used -- after 27 years of civil war and 11 years of independence war -- as a way for these folks to find an expression to heal from the horrors of what they've experienced. And what's bizarre is that I've also always associated metal with white supremacists or with Norwegian guys who want to be "trolls" and have this mythology of the nordic kind of thing, but what you realize is that within the music, the lyrics are really phantasmagoric, this ripped up, warrior mythology thing. And what's interesting in the Angolan context is that all of the imagery, of putrification, of bodies, of decay and dismemberment, it's almost journalistic, it's what they've experienced, it's the stories that they're told. And actually this music, this thing that's white suburban, for them they don't even see that, what they hear is the sound that moves them and opens something up and allows them to go into this really deep place. They have these lyrics where they can finally find some form that can withstand the power of what they've experienced. And that's what is at the core of the film.