He was often a total pain, but we really loved him.

Winston started out as our son and daughter-in-law's beloved dog but from earliest puppyhood spent long periods of time with us. We have the teeth marks in the furniture to prove it. As their career demands increased, three tiny kids appeared, and my daughter-in-law required extended bed rest during pregnancy, Winston was here more than there. We used to joke to friends, "Beware of kids bearing animals!" Ultimately he became ours full-time.

At some point in Winston's commuter career -- we're not sure when -- this little dog completely embedded himself into our lives and hearts. It's been said that pets are the relatives you actually like, the ones who love you unconditionally and never bring up those awkward moments from your past. I guess it's no accident that Man's Best Friend can't talk.

Winston brought out a side of my husband Olof, a former Air Force pilot, that I'd never seen before. He and Winston were constantly chatting, Winston listening raptly as Olof provided interpretive services for Winston's end of the conversation. As they watched sports together, I'd hear Olof yell, "The hell you say, Winston! That guy was OUT!" When Winston was having a bad medical night (he had severe allergies), Olof would be on the floor at 3 a.m. leaning against the bookcase, Winston pulled across his lap, stroking Winston's furry body until he fell back asleep. As a joking nod to who really owned this house, Olof began doing nightly "turn down" service for Winston's bed, fluffing up the pillow then laying a dog treat and Winston's duck on the edge. On Sunday mornings, in what we dubbed a "spa treatment," Olof gave the blissful Winston a warm soapy massage with medicated shampoo.

Meanwhile, Winston loaded the dishwasher with me at night, sneaking licks when he thought I wasn't looking. He helped me water the patio plants, chasing rivulets of water down the bricks. When I did my yoga exercises on the floor, Winston created a new pose, Cat and Cow Over Dog. In the warmer months of the year, I'd sit outside with my book in the evenings and Winston would receive his many friends in the neighborhood.

Now home every day as retirees, we became adept multi-taskers, able to read the newspaper or type with one hand, and play tug with the other.

We were in San Francisco at a family wedding when the call came. Winston, whose soft head we'd patted goodbye only that morning, had died suddenly in our living room, an apparent heart attack. He was eight.

That Sunday was one of the worst days of our lives. We stood on the front porch not wanting to turn the key. Finally inside, Winston's leash, as always, was by the door, his toys strewn around the floor, his arsenal of allergy meds on the counter, his bed next to our bed, his bowl still half full. Instead of being greeted by a 58-pound explosion of ecstatic wiggles, there was only a heartbreaking silence. A red-eyed Olof said it was as if the air had been sucked out of the house.

The next day, we went to see Winston at the vet's. His little paws nestled next to his face, he looked like he was just sleeping. I pressed my head to his cold forehead and rubbed those wonderfully silky ears and soft fur one more time and thanked him over and over for bringing so much love and joy into our lives. People have tried to console us by saying that Winston didn't want to die in front of us but it was so much worse not being there. Never mind the trauma for the poor pet sitter.

But over time even what might have been deemed annoying habits just became incorporated as "Life With Winston." He had a sixth sense for placing himself in the most inconvenient place possible. Olof said we should take the box with Winston's ashes and place it the back door mat so that we'd always have to step over it to have breakfast on the patio.

We're 68. We've lost beloved friends and parents, but prior to Winston, neither of us had had a dog in four decades. I think of my parents daily and love them and miss them tremendously. But they both died horrible lingering cancer deaths in pre-hospice days. I'd done much of my grieving before their, by that time, almost-welcome deaths.

Winston's passing has just flattened us, a level of grief that neither of us was prepared for. Do people lose resilience to loss as they get older? In one phone call, the world narrowed from presidential candidates, Syrian refugees, global warming and what to have for dinner to one little dog. A dynamic of three has precipitously been reduced to a dynamic of two, and the household is suffering grievously for it.

Winston was just so much of a part of our minute-by-minute lives that we can't help but be reminded of him dozens of times a day. I still leave room in the dishwasher for his dishes, and can't bear to vacuum up the dog hair from my car from the last vet visit. Olof stands in our bedroom doorway at night looking at the floor where Winston's bed should be. For two people who never went looking for a dog, that sneaky little guy totally took us hostage.

Friends with dogs have assured us that our devastation is all too well known to pet owners, and that grieving a beloved pet more than some family members is not unusual. Frankly, I have several relatives I'd be happy to trade in for Winston.

A friend recalls reading an interview of the French writer Romain Gary who wrote about his love for the small animals in his life, and the pain he suffered when their little lives ended. He said people would suggest to him that, given his emotional sensitivity, he would do better to attach himself not to creatures with life spans much shorter than his, but to more nearly eternal objects, like the sea. Somehow that solution didn't resonate with him.

The profound ache we feel just won't go away, nor, maybe, should it completely. Any creature - human or animal, who makes such an in-road into one's heart, deserves a place there forever. 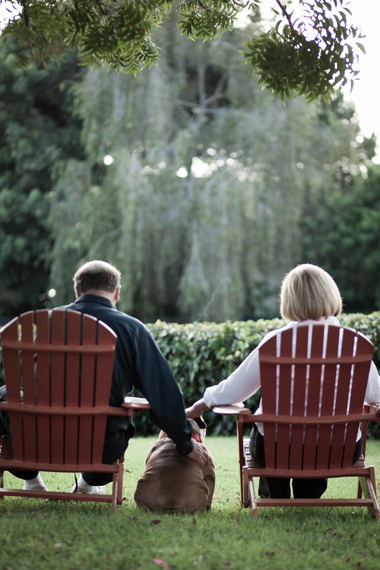